A major military offensive to reclaim the Iraqi city of Mosul from the Islamic State (IS) militant group has begun, the country's government says. 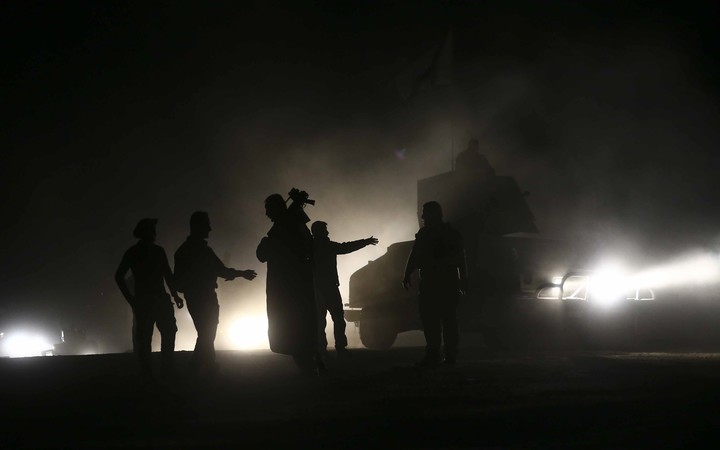 Kurdish Peshmerga forces gather in a village in the Hazer region ahead of the operation to retake Mosul from Islamic State. Photo: AFP

The long-awaited assault from Kurdish Peshmerga, Iraqi government and allied forces is backed by the US-led coalition fighting IS in Iraq.

Mosul, Iraq's second largest city, has been under the jihadist group's control since June 2014.

The United Nations said the offensive could result in up to a million people fleeing their homes.

Mosul is the group's last major stronghold in Iraq. The loss of the city, officials say, would mark the effective defeat of IS in the country.

US Secretary of Defence Ash Carter described it as "a decisive moment in the campaign to deliver ISIL a lasting defeat", referring to another acronym used for the group (sometimes also referred to as Daesh or ISIS).

Sporadic artillery was heard in areas around the city after the announcement, AP reported.

In an address broadcast on state television in the early hours of Monday (Monday afternoon NZT), Mr Abadi said: "The hour of victory has come, the operation to liberate Mosul has started."

"Today I declare the start of the heroic operations to liberate you from Daesh," he said.

"God willing we will meet in Mosul to celebrate the liberation and your salvation from ISIS so we can live together once again, all religions united and together we shall defeat Daesh to rebuild this dear city of Mosul."

Surrounded by senior Iraqi officers, he vowed that only government forces would enter Mosul, a Sunni-majority city.

Analysts said this was an attempt to counter fears that the operation could turn into a sectarian conflict, the BBC reported.

It was from Mosul that IS leader Abu Bakr al-Baghdadi declared a caliphate - a state governed in accordance with Islamic law - in territory controlled by the group in Iraq and Syria.

An operation to retake the city, which is the capital of the northern Nineveh governorate, has been planned for months. 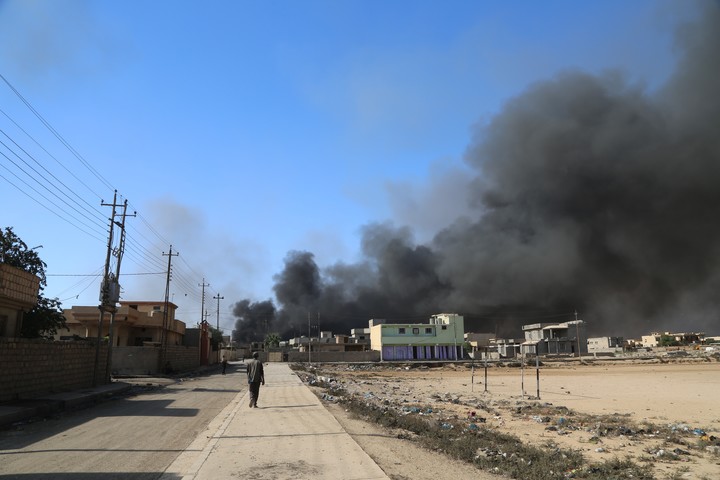 Thousands of pro-government forces have used as a platform an air base in the strategic town of Qayyarah, about 60km south of Mosul, which was recaptured in August.

Brig Gen Haider Fadhil told AP that more than 25,000 troops would take part in the offensive.

The US envoy to the coalition against IS, Brett McGurk, said on Twitter: "We are proud to stand with you in this historic operation."

Observers have said it could take months for the city to be recaptured, the BBC reported.

There are no firm figures on how many people remain in Mosul, but there were more than two million there when IS took it more than two years ago.

The group has lost almost a quarter of the territory it once controlled, according to new data.

Leaflets to civilians dropped over Mosul

Ahead of the campaign, Iraq's army dropped thousand of leaflets containing safety information over Mosul.

The leaflets carried several messages, one of them assuring the population that advancing army units and air strikes "will not target civilians" and another telling them to avoid known locations of IS militants. 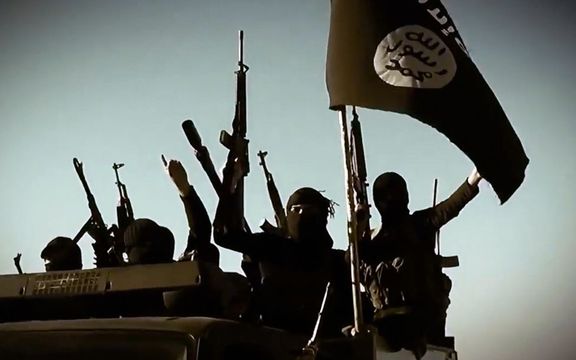 The jihadist group's fighters are dug in and are expected to fight hard. They have forced civilians to stay in harm's way during previous battles to defend territory.

The UN last week said it was bracing for the world's biggest and most complex humanitarian effort in the battle for the city, which could make up to one million people homeless and see civilians used as human shields or even gassed.

Its refugee agency said it was gearing up to deal with the expected humanitarian crisis by building camps to house refugees.

Reflecting the authorities' concerns over a mass exodus that would complicate the offensive, the leaflets dropped over the city told residents "to stay at home and not to believe rumours spread by Daesh [to cause panic]".

Russian President Vladimir Putin said on Sunday he hoped the US and its allies would do their best to avoid civilian casualties in the attack on the city.

Iraq earlier this month launched a radio station to help Mosul residents stay safe during the offensive. The radio has been broadcasting from Qayyara.