The government is to provide $1 million to help people affected by the military campaign to liberate Mosul from Islamic State (IS) in Iraq, now under way. 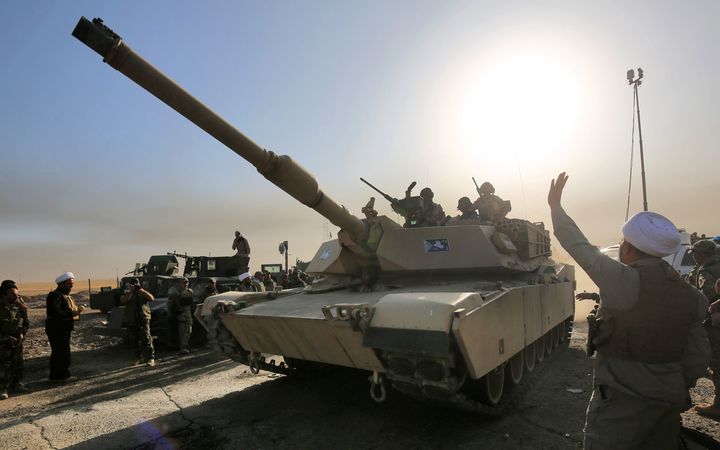 Iraqi forces deploy in the area of al-Shourah, some 45km south of Mosul, as they advance towards the city to retake it from the Islamic State Photo: AFP

A second day of military operations is under way around the northern Iraqi city.

Some 30,000 Iraqi and Kurdish Peshmerga forces are leading the offensive, backed by air and ground support from a 60-nation US-led coalition, in attacks on IS-controlled villages on the roads into the city.

Foreign Minister Murray McCully said the campaign would not be easy, and in the worst case scenario could displace hundreds of thousands of civilians.

He said New Zealand's funding would help the International Organisation for Migration and its partners develop emergency sites to provide shelter and essential assistance to those who chose to move out of the city.

The announcement brought New Zealand's total humanitarian assistance to those affected by violence in Syria and Iraq to $25m.

Battle 'could take some time'

Iraqi forces were "ahead of schedule", according to the Pentagon today.

But Pentagon spokesman Peter Cook warned it "could take some time" as it remained to be seen whether Islamic State would "stand and fight".

The coalition of forces launched their push towards the city in the early hours of Monday.

IS seized Mosul, then Iraq's second-largest city, in June 2014.

The extremists' leader, Abu Bakr al-Baghdadi, then chose Mosul as the place to announce the forming of a caliphate, so retaking the city would be "symbolic", according to Mr Cook.

Mr Cook told reporters in Washington: "Early indications are that Iraqi forces have met their objectives so far, and that they are ahead of schedule for this first day. This is going according to the Iraqi plan - but again, it's early, and the enemy gets a vote here. We will see whether ISIL [IS] stands and fights.

"We are confident no matter what, however, that the Iraqis have the capabilities to get this job done, and we stand ready to support them, along with the rest of the coalition."

The coalition of 30,000 Iraqi and Kurdish Peshmerga forces and Sunni tribal fighters began their advance on the group's last major stronghold in the country after months of planning on Monday.