Iraqi pro-government forces have made gains at the start of a large-scale operation to retake Mosul, the last major stronghold of the Islamic State (IS) in the country. 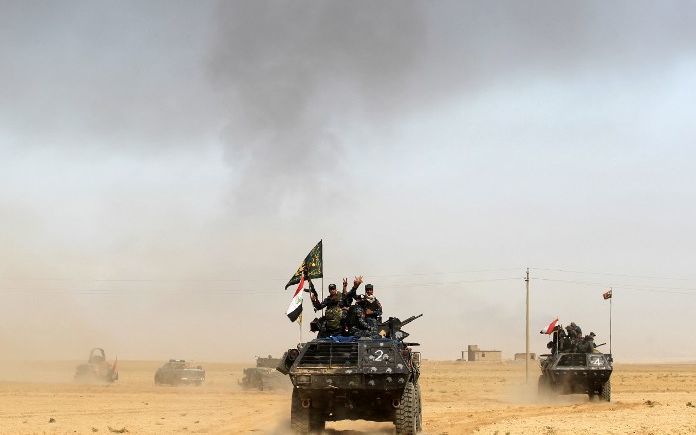 Iraqi forces in the area of al-Shurah, 45 km south of Mosul, as they advance towards the city to retake it from IS. Photo: AFP

Iraqi government troops and Kurdish fighters launched their push towards the city in the early hours of Monday.

IS seized Mosul, then Iraq's second-largest city, in June 2014.

The UN has expressed concern for civilians caught up in the offensive, which could last for months.

Kurdish tank units advancing from the east are said to be within 300m of IS positions.

The Kurds seized several villages in the first few hours of the operation.

As the assault began, one Kurdish general said: "If I am killed today I will die happy because I have done something for my people."

An Iraqi military source said combat units had inflicted heavy losses on IS forces as they moved in on the Hamdaniya district, east of Mosul.

Pro-government forces have also made gains as they move on Mosul from the south, security sources say. 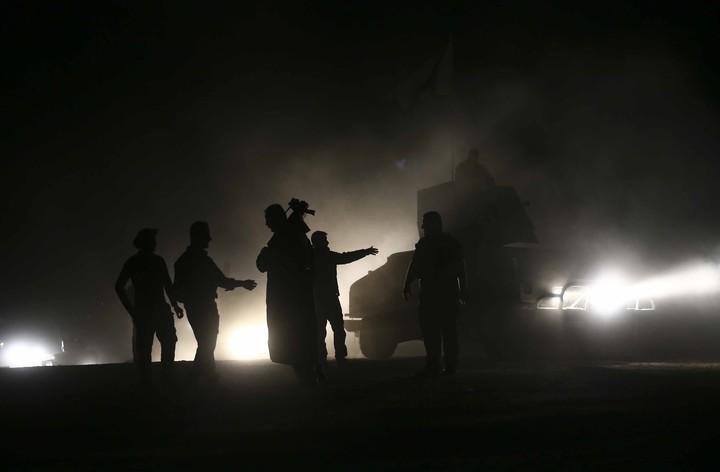 Peshmerga forces are seen around the Hazer region's Wardak village ahead of the operation to retake Iraq's Mosul from Islamic State. Photo: AFP

Meanwhile IS claimed that a number of suicide attacks targeting pro-government forces on the outskirts of the city had suppressed the advance.

The IS-linked news agency, Amaq, reported that eight suicide attacks had targeted Kurdish forces. But the group has not made an official comment on the launch of the offensive.

Iraqi government troops and Kurdish fighters are operating from Qayyarah airbase, which was recaptured in August.

The US-led coalition fighting IS is backing the assault on the city, which has a population of approximately 650,000, with air strikes.

The BBC reports that British aircraft have also been involved in Monday's coalition air strikes on Mosul.

The RAF has been providing support to Iraqi troops in the build-up to the operation and will continue to play a "leading role" in the fight against IS, UK Defence Secretary Michael Fallon said.

About 30,000 pro-government troops are involved in the operation. The main assault is being led by Iraqi army troops.

About 4000 Kurdish fighters are trying to clear villages to the east of Mosul, to allow the army to move in.

US Special Operations personnel are advising forces on the ground. Elite Iraqi counterterrorism forces are expected to join in the coming days.

An estimated 4000-8000 Islamic State fighters are defending the city.

Mosul, the oil-rich capital of Nineveh province, is Iraq's second-largest city. IS militants overran it in June 2014.

Its capture became a symbol of the group's rise as a major force and its ability to control territory. It was there that IS leader Abu Bakr al-Baghdadi proclaimed a "caliphate" in parts of Iraq and neighbouring Syria.

The city was one of Iraq's most diverse, comprising ethnic Sunni Arabs, Kurds, Assyrians and Turkmens, as well as a variety of religious minorities.

While members of those minorities largely fled the onslaught by IS, many local Sunni Arabs initially welcomed the militants, angered by the sectarian policies of the previous Shia Arab-led central government.

But after two years of brutal IS rule, opposition has reportedly grown inside Mosul.

One major concern for those still there is the involvement of Shia militiamen in the offensive, after they were accused of sectarian abuses in other cities that have been recaptured.

Prime Minister Haider al-Abadi has sought to reassure them by saying only Iraqi security forces would be allowed to enter Mosul.

Even if IS is driven out of Mosul, the group will still control areas of northern and eastern Iraq. 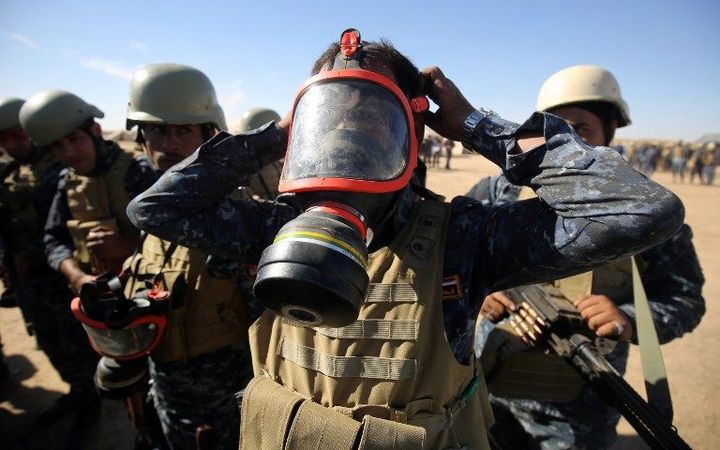 An Iraqi policeman tries on a gasmask as he prepares for an offensive to retake Mosul, the last IS-held city in the country. Photo: AFP

What about the civilians in Mosul?

Up to 100,000 Iraqi civilians may flee to Syria and Turkey to escape the military assault in Mosul, the UN says.

The UN High Commissioner for Refugees has issued an appeal for an additional $61m to provide tents, camps, and winter items such as blankets for displaced people inside Iraq and the two neighbouring countries.

UN humanitarian chief Stephen O'Brien said: "I am extremely concerned for the safety of up to 1.5 million people living in Mosul who may be impacted."

Many are expected to be caught in the fighting. There are fears that residents could be used as human shields by IS.

As many as a million people could be forced to flee their homes.

Most are expected to leave "with only the clothes on their backs," Becky Bakr Abdulla of the Norwegian Refugee Council told AFP news agency.