How strictly America should apply immigration controls and how to deal with the estimated 11 million illegal immigrants already in the country are questions all the US presidential hopefuls are being asked on a regular basis. 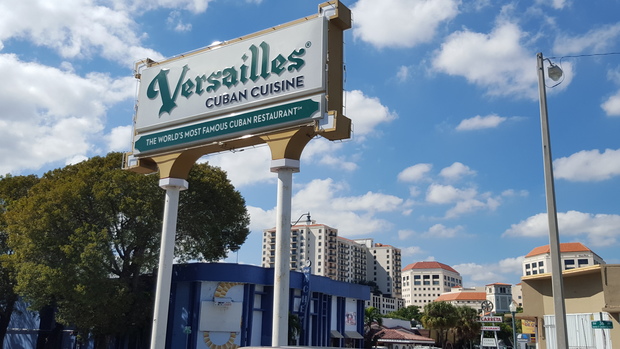 About half of Miami's population is Latino, with a significant Cuban community. Photo: RNZ / Jane Patterson

However, the various positions - which range from allowing illegal immigrants to seek citizenship to building a wall on the border with Mexico - are set against the backdrop of a very large number of Latino voters, who could have a significant impact on not only the outcome of the primaries, but the election of the president.

About half of the population of Miami, Florida is Latino, including a significant Cuban community.

He said most Cubans, particularly the older generation, supported the Republicans because the Democratic Party was the closest ideologically to the Castro regime.

"They hate Castro and Castro, you know, the Democratic Party, is more like socialist.

"Someone told me not all Democrats are socialist, but all socialists are Democrats!"

Jorge said candidates like Marco Rubio, Jeb Bush and Ted Cruz would get support among the Cuban community, but Bernie Sanders was too far to the left, and he personally thought Donald Trump was too arrogant.

In saying that, he supported Mr Trump's tough stance on illegal immigration.

Jorge said hundreds of people get into the United States over the Mexican border and Americans should know who was coming in, and what their background was.

"Suppose that you're in your house, right, and somebody knocks on your door to please come in or you want someone to go over the backyard? 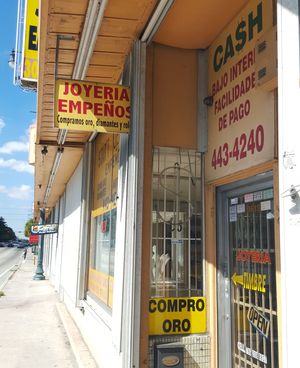 "If they come to the front door you can see their face and then you decide who can come in, or no."

Juan is in his 30s, and moved to the US nine years ago from Venezuela.

He likes both Marco Rubio on the Republican side, and for the Democrats Hillary Clinton.

Juan said America had been created through immigration, and Donald Trump's message was not going down well in the Latino community.

He believed those in America illegally, with no criminal record, should be given the chance to get citizenship.

"As long as they're being productive, and if for some reason they came illegally, they can find a way to make it legal maybe trying to work with the employers or trying to pay a fee or something."

She said his focus on giving everyone access to tertiary education was not only important to her.

"I know how much it means to my family that there's someone in our family who entered the middle class for the first time, I'll be the first generation to enter the middle class, so that means a lot to me so I fully support someone who supports low income families like mine."

Marla said her older family members were dedicated Catholics, and were therefore more conservative especially on social issues - but that was changing. 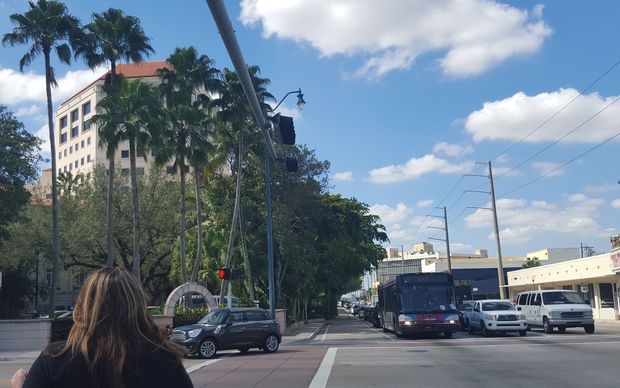 Republican voter Katy Trytten supported Marco Rubio because when it came to the election for president she believed he could appeal to the large bloc of Latino and African American voters.

"In a general election they are usually the swing votes that decide the elections.

Two more states will vote before the end of the month, with caucuses in Nevada and a primaries in South Carolina. 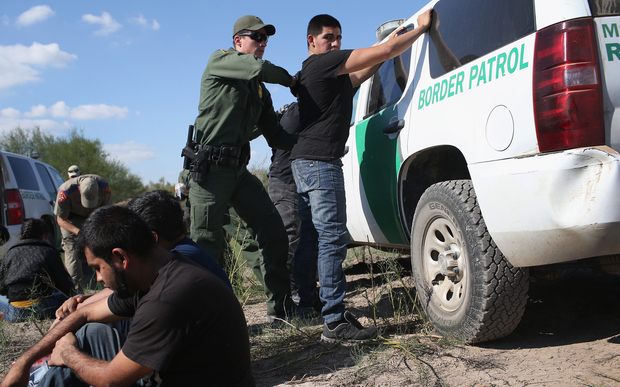 A US Border Patrol officer searches an undocumented immigrant after he illegally crossed the US-Mexico border and was caught in December 2015. Photo: AFP