In the US, race, religion and politics are inextricably tangled. 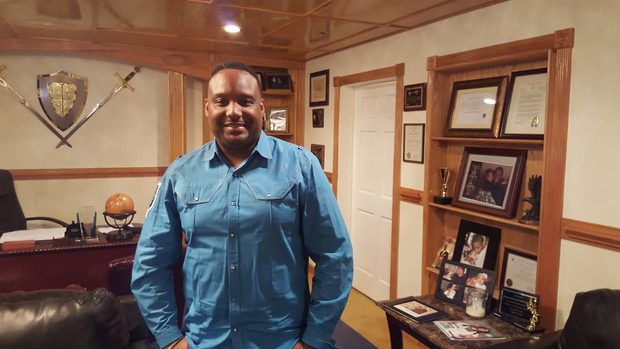 The presidential candidates are competing to win the black vote, the Christian vote, the Latino vote, the white vote and everyone in between, across this massive country.

Republican candidate Donald Trump has been stirring up race relations as he pitches to the disaffected; voters who feel resentful living in what they see as the politically correct America of 2016.

He has attacked Muslims, Mexicans and other minorities in stump speeches around the country.

Among those pastors was Bishop Orrin K Pullings, who presides over the United Nations Church International in the city of Richmond, Virginia.

On a recent Thursday night, the service was being led by his wife, Medina, who describes herself as a pastor, preacher, wife, mother, mentor, entrepreneur, television host, fashion designer, song-writer and teacher.

The service was loud, charismatic and accompanied by a lively church band; the sermon was delivered, tithes requested and the mainly black congregation filed out dispersing hugs and blessings as they headed for home. 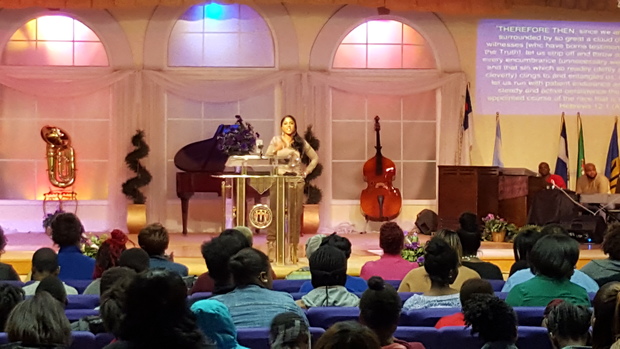 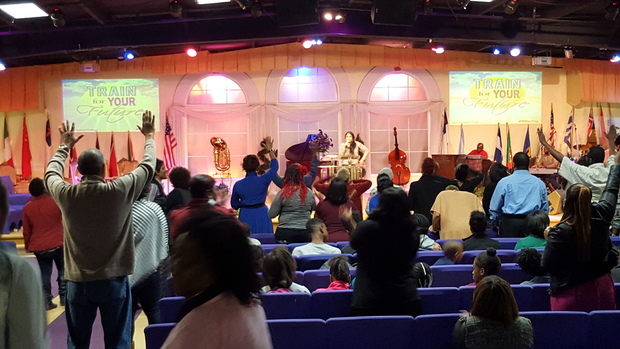 The service was loud, charismatic and accompanied by a lively church band. Photo: RNZ / Jane Patterson

Afterwards in his office, sitting on a black leather couch surrounded by family pictures, Bishop Pullings said having had a black president in office for the last eight years had not necessarily benefited his community.

"Things have gotten worse actually when it comes to police brutality. The economy has bounced back a lot better under Barack Obama, I've gotta say that, gas prices are much lower so when it comes to that, yes, Barack has done a lot.

"On the police brutality issue I don't think he's vocal enough about the reforms and the changes our police departments need to police is better in my community.

"And it's not just black lives that matter, these police are out of control with whites, Puerto Ricans, Mexicans and everybody within our country; I mean to me they don't have respect for a person, it's that authority they have, that's got to be toned down a whole lot and the next president has to step in to tone that down.

"They shoot someone or to apprehend somebody, why can't [they] shoot a leg, or arm, you know they shootin' people to die, so that's gotta be reformed, better training I think is gonna be needed for our community."

Politically, Bishop Pullings said the black community had generally leaned towards the Democrats in the past, but that has been changing.

"But then Barack Obama, after he said he had our back and told us what he felt about gay marriage at Saddleback Church before he was elected, he said marriage was between a man and a woman, and then all of a sudden on his last term he pushes same-sex marriage and on the religious side, that's very offensive to us and what we believe.

"When it comes to quality of life in the world, it's always Democrat.

"When it comes to spiritually and what I feel the Bible says, I think the Republicans stand closer to my spiritual views, and the Democratic Party stands closer to my natural views."

Speaking about last year's meeting with Mr Trump, Bishop Pullings said the pastors wanted clarification about comments the candidate had made out on the campaign trail. 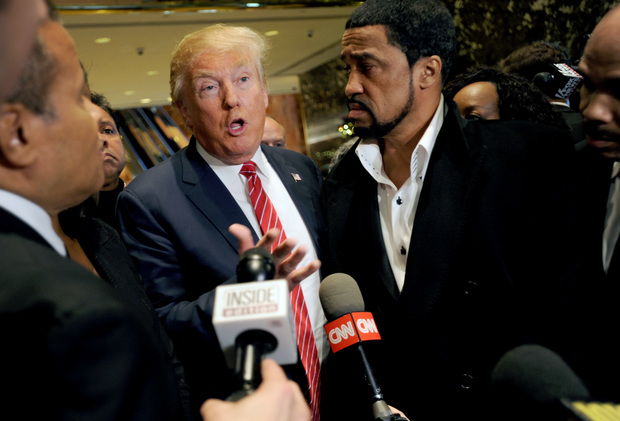 "There was a lot of things that he said about black people, about Africans, African-Americans, we wanted to know what his views were on certain statements - black people that were lazy, that was one of the comments that he made.

"We also talked to him about the reporter that he imitated, but he never got a chance to apologise or deal with the question, and the reason why was because another pastor kind of interrupted... and we never really got round to him saying whether he would apologise or not, but we think he won't."

"Donald Trump is a self-made man and he's unapologetic. He can come off to be disrespectful, you know arrogant, and inconsiderate at times, you know I don't know what kind of change he'd bring.

"I'm concerned and nervous - if he became president, who he would make mad, I guess."

"It seems to be that way, I don't know for sure but it seems that way.

"I think he's a nice man in the sense of his business tactics, he's a good businessman and I think maybe he comes off the wrong way, when I met him he was nice to me."

That was not always the case, he said.

"When he gets up there and he starts speaking and saying certain things, you know, it's demeaning to people, it embarrasses people, it hurts people.

"And so he's got to balance that out - whether he's an evil person, I don't think that's the thing.

"He's just a 70-year-old man who's stuck in his ways and he's going to say what he says and don't care who likes it and who doesn't like it."

The bishop said, at the moment, he personally was considering two candidates - one a Democrat and one a Republican.

"I'm not sure. At this moment, I'm looking at either Marco Rubio or Hillary Clinton. I'm still looking at those two at this point, I'm trying to figure out which one of those two will be better for the black community.

"Bernie Sanders is a good guy, but I don't know if he's going to be president, what kind of job he would do."