Republican candidate Donald Trump and the Democrats' Bernie Sanders have won in New Hampshire, but it is just start of the race for presidential nominations. 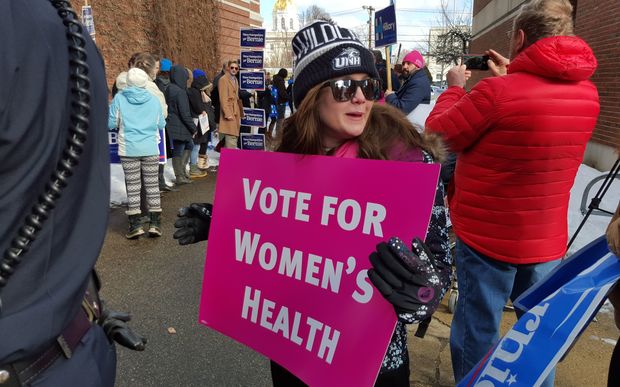 In the past week, there have been vitriolic exchanges between Mr Trump and another Republican rival Jeb Bush, and between Mr Sanders and Mrs Clinton's camps, with feelings running high over allegations of sexism between supporters of the two Democratic candidates.

That has been fuelled by comments by former secretary of state Madeleine Albright, who said there was a special place in hell for women who did not support other women, and feminist author Gloria Steinham, who said young women were flocking to Mr Sanders because "that's where the boys are".

How did female Democratic voters feel about those comments and did they think they had a special responsibility to vote for Mrs Clinton?

On voting day in New Hampshire, a steady stream of people could be seen leaving the polling booth at the Green Street Community Centre in Concord.

Natalie Faulkes, in her 50s, said in the end she voted for Mrs Clinton, because she did not believe Mr Sanders could deliver on all his promises.

The fact she could be helping to elect a woman president was also an important factor, she said.

"She's so intelligent, so experienced, so tough and so capable, and she's a woman.

"The idea of what will it be like to have to a woman in the White House as our president - that's exciting me right now."

Maria, a supporter of Mr Sanders, turned up to vote with her young daughter. It was not easy to decide between the two candidates, she said.

"It's been a really hard decision for me. I am looking forward to supporting whoever is the Democratic nominee in the fall.

"And if it's Hillary I'm totally in support of her, I think she's got great experience and has done a lot of really good work under really difficult circumstances - it's hard to be a female candidate.

"But I think Bernie has even better and more progressive ideas and so I'm supporting Bernie." 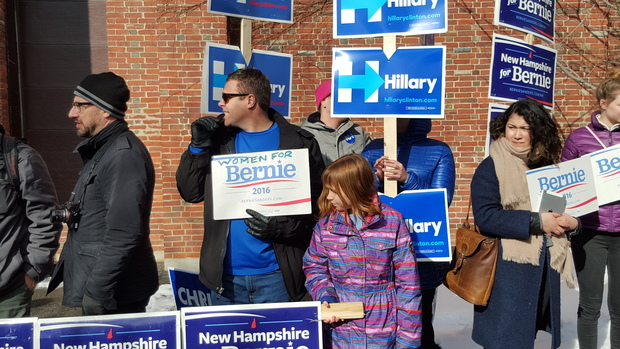 Bec and Nina - college students and staunch supporters of Mr Sanders - rubbished the idea they should vote for Mrs Clinton because of their gender.

Nina said, as much as she liked the idea of a woman president, she did not think Ms Clinton would be the best candidate.

"And despite her prior years of experience, I think Bernie has a mission, he's got a plan and he's got some pretty good resources behind him to actually make some effective use in the White House and I'm fully supportive of him... Maybe next time around."

Bec had a similar view: "'Coz it's like, you know, just because I'm a woman does that mean I should vote for Hillary? Just as a man should just vote for a man president?

"It's your decision as a human being, not just because of your sex."

And what did they make of Ms Albright's comments about a special place in hell?

The presidential primary roadshow now rolls on to Nevada and South Carolina, where both the Republican and Democratic parties will hold their primaries before the end of the month.

Then it's Super Tuesday on 1 March, when 15 states will have their say on the presidential nominees. 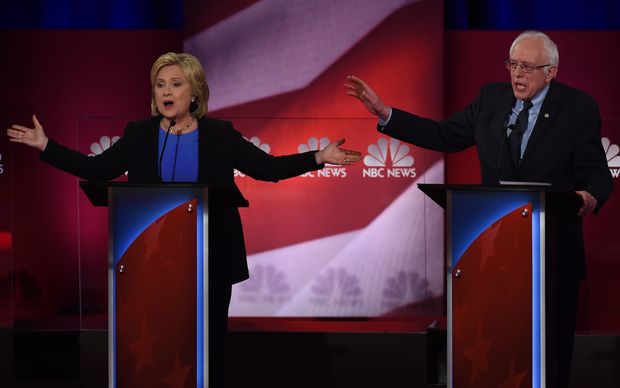