Former prime minister Helen Clark says there will probably be some expectation that the next head of the United Nations (UN) be its first woman leader. 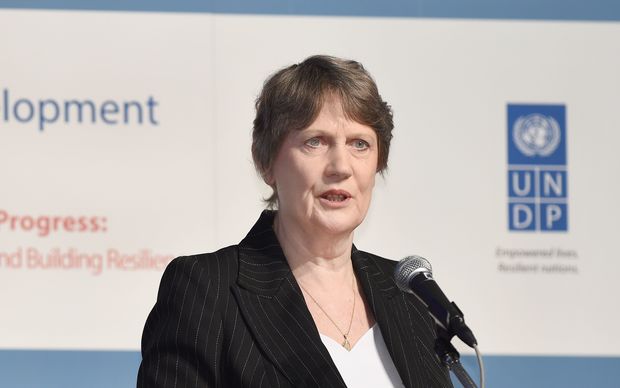 She has never commented publicly on whether she wants the top job of secretary-general, but observers have suggested she could replace Ban Ki-Moon in 2017.

Ms Clark told the ABC's One Plus One questions were already being raised about the UN's lack of a female leader.

"You're starting to see the articles on what commanding heights of positions haven't been occupied by women," she said.

"There's now a woman president of the [US] Federal Reserve, there's a woman heading the IMF, this will be an issue in the US in the next presidential race so, yes, of course, it will be a question asked about the UN."

The lengthy selection process for the next UN leader will begin in 2016.

Ms Clark also spoke about the Ebola outbreak in West Africa, saying the epidemic had knocked the region's economies flat.

More than 6500 people in the region have died from the virus this year.

Ms Clark said that for the countries worst-affected by Ebola - Liberia, Guinea and Sierra Leone - the epidemic was not just a health issue but also a setback to development.