The number of people killed by the Ebola outbreak in West Africa has risen to 6,928, the World Health Organisation (WHO) says. 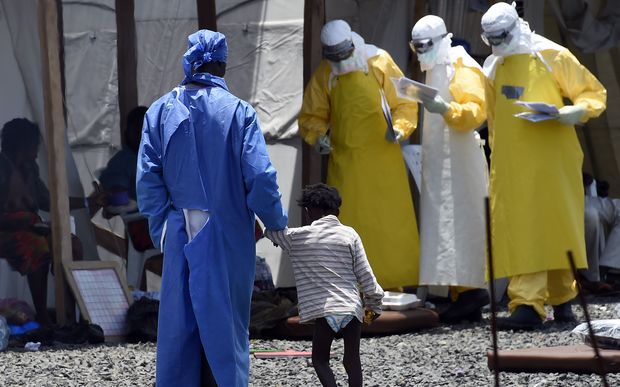 A nurse walks with a little girl suffering from Ebola in Liberia. Photo: AFP

The toll had increased by over 1000 since the WHO's last report, but it included unreported deaths from earlier in the outbreak, the BBC reported.

Experts said the infection rate was more significant that the death toll, as it reflected how the virus was spreading.

Infection rates were decreasing in Liberia, but were high in Sierra Leone.

There had been over 16,000 reported cases in Guinea, Sierra and Liberia.

Mali has reported seven deaths from Ebola and 10 confirmed cases.

More than 4,181 people had died of Ebola in Liberia but while the country had recorded the highest number of cases, the rate of infection was slowing.

The outbreak was also now "stable" in Guinea, the World Health Organization (WHO) said last week.

The disease was now spreading fastest in Sierra Leone, with 6,802 cases reported in total.

Nigeria and Senegal are both clear of the quarantine period and no new cases or deaths have been reported.

Ebola was spread only through direct contact with the bodily fluids of an infected person showing symptoms, such as fever or vomiting.

People caring for the sick or handling the bodies of people infected Ebola were therefore especially vulnerable.