New Zealand has claimed its first gold medal in the Tokyo Olympics today, as rowers Grace Prendergast and Kerri Gowler came out victorious in a nail biting final. 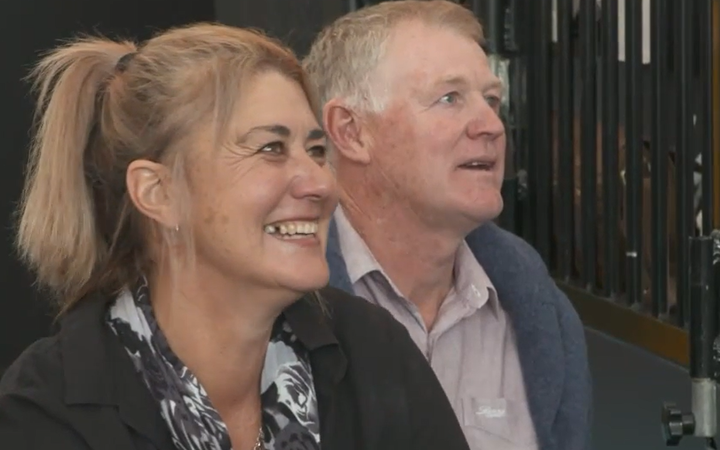 Supporters gathered at the Cloud on Auckland's waterfront were jumping for joy as the rowers crossed the finish line, just one second ahead of their rivals the Russian Olympic Committee and Canada.

There were high hopes after Gowler and Prendergast, who have been rowing partners for seven years, smashed a world record in their semi-final.

Prendergast's father Tim was emotional and bursted with pride.

"It was just amazing. Two different personalities that have created such a good combination together. [They're] very down to earth girls."

The energy was electric at NZHQ as proud parents watch Prendergast and Gowler take the Gold #EarnTheFern #Rowing @Auckland_NZ pic.twitter.com/iEdKoYeyDA

Her mum Sally said the girls kept their focus.

"They appear so level headed and calm, but modest as well. They don't want to talk too much before they actually race."

The duo had faced challenges training during the pandemic, she said.

"They worked so hard. They made the most of lockdown, they trained all the time. [We're] so proud." 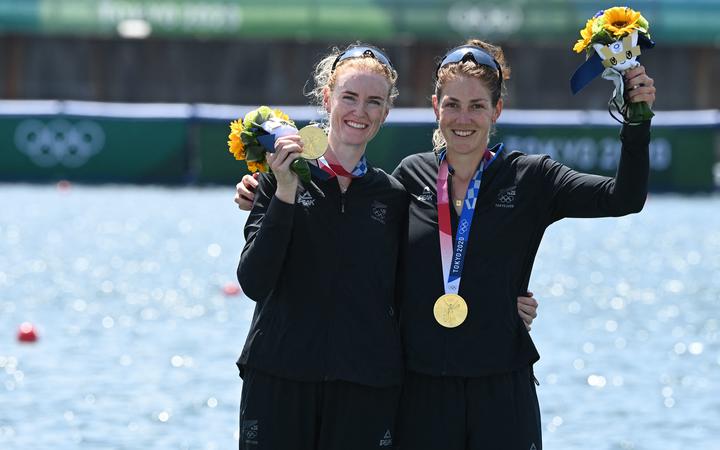 Strict Covid-19 rules during the Olympics mean athletes must put on their own medals. There was emotion amongst the crowd at the Cloud as Prendergast and Gowler placed gold medals around each other's necks.

Gowler's parents, Manawatu farmers Dianne and Brent, were thrilled with their daughter's achievement.

The couple said they would enjoy a celebratory drink tonight and respond to a flood of congratulatory text messages.

A school friend of Prendergast, Rachel McCann, said the win was well deserved.

"They've put in so much work. None of us will know how much they've put in, but you could just see it - they were confident in what they needed to do."

This afternoon, the rowers were already back on the water practising with the women's rowing eight ahead of their final tomorrow afternoon.