Anna Grimaldi is the only medalist remaining from the T46 long jump at the last Paralympics but she is wary of the newcomers trying to stop her winning back-to-back gold medals on Friday. 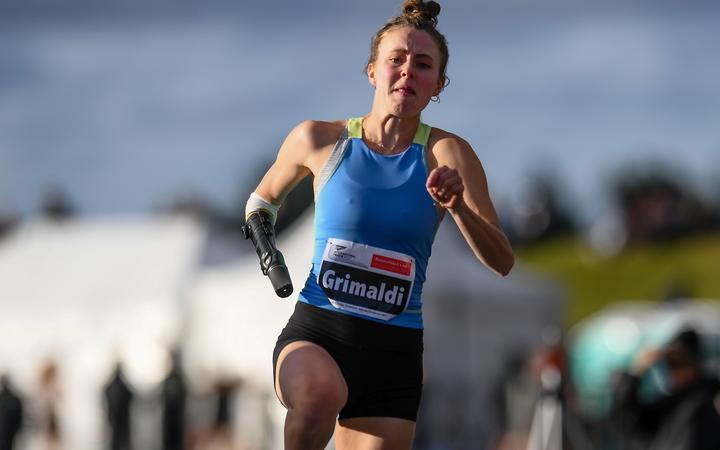 Anna Grimaldi set a New Zealand record of 5.78m in the long jump for the T47 during the International Track Meet in Christchurch this year. Photo: PHOTOSPORT

The Dunedin student was impressive at her first Paralympics five years ago. She out jumped world record holders on her way to a personal best distance and a spot on top of the podium.

But the 24-year-old believes she is an even better athlete now than she was in Rio.

With the retirement of Cuba's Yunidis Castillo and Australia's Carlee Beattie, the silver and bronze medalists in 2016, Grimaldi will be matching up against some new athletes in Tokyo.

"It's quite a young field which is quite cool for the future years, some of them are already so good and they're definitely improving.

"There's a few new competitors since Rio who have come in, and the girl [Kiara Rodrigeuz] that won gold at the last world champs is super young and she'll be one to watch out for.

"I've been to two world champs since I won gold and came fourth and got second, so there's definitely medalists in the field and people that are capable of jumping really big so it brings some excitement." 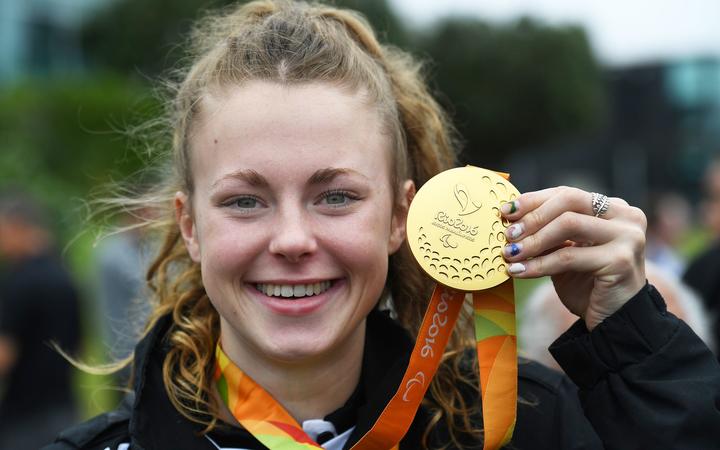 After winning the gold medal Grimaldi suffered a foot fracture in 2017 that interrupted her momentum.

Grimaldi said the injury post Rio was "one of the hardest things" she has gone through so far and expects it will be one of the toughest things she will encounter in her career.

"I would never want to do it again," Grimaldi said of the recovery process.

But she recognised the value in what she had learnt from the tough period.

"It is definitely the reason why we are here now healthy, jumping so well, feeling so confident is the tools that we gathered from that really s****y experience.

"The people that we have around us now they are still there still helping because they were involved during that time and we saw the value in what they could offer. 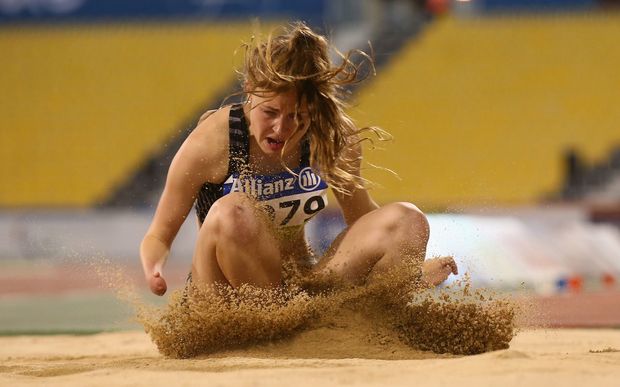 Grimaldi, who has a right wrist amputation, quickly made an impression in para athletics after a childhood playing netball and basketball.

Within two years of taking up athletics she was at her first world championships.

"Because it took off so fast we really didn't have the slow build or the start at the basics and work your way up. We didn't really have that base and having the injury stripped that back and we didn't have a choice we had to do these things.

"It was a blessing in disguise - a horrible blessing - but it's been obvious to the team that was the turning point in my career where we could of either let it go and done nothing and been walking on eggshells my whole career or have done it right and taken all those steps to get to where we are now and it's obvious we took the right route for sure."

During the 2021 domestic season, Grimaldi achieved four personal bests and an improvement of 29 centimeteres in the long jump taking her within 10cm of the world record in her classification.