Swimmer Sophie Pascoe has signed off her Tokyo Paralympics campaign with a fifth place in the 100 metre butterfly final. 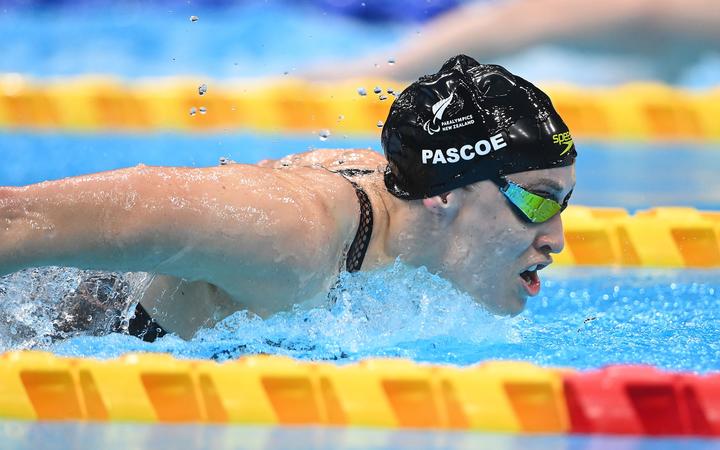 Pascoe qualified third fastest for the S9 final of the event that she is the world record holder in.

The Christchurch-based swimmer led through the first 50 metres of her final event but could not hold on to get on the medal podium for a fifth time at these Games.

Pascoe was 2.76 seconds off Zsofia Konkoly of Hungary's winning time of 1:06.55, which set a Paralympic record.

An emotional Pascoe described the result as "gut-wrenching".

"All I can say is I left it all out there," Pascoe told TVNZ.

"You could probably tell I wasn't moving much [over the last 25m] and that's where I need to work on my kick and my stroke-rate and I just didn't have it."

Pascoe's build-up to to the delayed Games has had ups and downs.

"It's been a journey and a half and I wish nobody to ever go through the journey that I did last year, I wouldn't wish that on anybody."

Pascoe said her feats at her fourth Paralympics would sink in when she is in MIQ.

The 28-year-old Pascoe has had a busy week in the pool at the Tokyo Aquatic Centre with back-to-back race days.

She qualified for the final in every event she entered in Japan and leaves with four medals - two gold, a silver and a bronze.