The New Zealand rowers Brooke Donoghue and Hannah Osborne have won a silver medal at the Tokyo Olympics.

They finished second behind Romania in the women's double sculls with the Netherlands third.

The pair started slowly and were fourth after the first 500 metres, but improved to second by the 1000 metre mark.

They were unable to make any impression on the Romanians who finished almost five seconds clear. 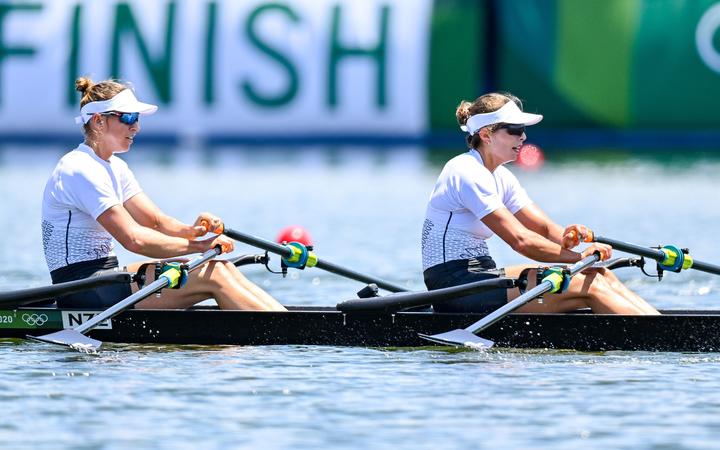 Brooke Donoghue and Hannah Osborne have won silver in the women's double scull. It's New Zealand's second medal of the Games. Photo: Photosport

"I'm just incredibly proud, we had an awesome race - we absolutely did our best and I'm stoked to have an Olympic medal," Osborne told Sky.

"Ive been thinking about this moment every day for the past two years....and even longer every session for the past eleven years so to be finally done is crazy."