The kaitiaki of a sacred Rotorua lake say it is being desecrated by people swimming in it after the opening of mountain bike trails in 2018. 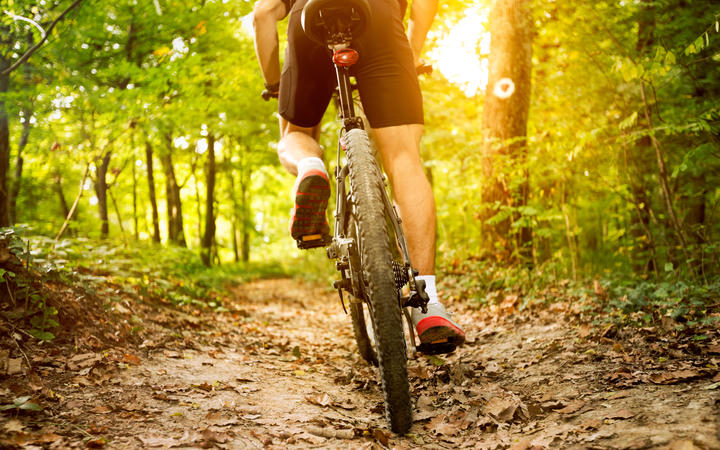 Lake Rotokākahi or Green Lake is part of a network of lakes in the area, and the public are not allowed to swim in it.

The 2.8km Te Kōtukutuku bike trail opened in 2018 and is increasing traffic to the lake - with some people flouting the rules.

The track goes through forest around the lake and was approved by Forest Recreation Management Group - made up of the Rotorua Lakes Council, Timberlands, CNI Holdings and landowners.

The Rotokākahi Board of Control is legislated under the Māori Purposes Act and is controlled by the Governor General.

Motutawa Island sits in the middle of the lake and is a burial site where the famed Te Arawa ancestor Hinemoa is buried.

The board was set up in 1949 after gravediggers were found desecrating burial sites on the Island.

Walton Hohepa Lee is the chairperson of the board and said it wasn't consulted about the bike trails.

"Our authority, the Rotokākahi Board of Control, has not been consulted in any way, shape or form regarding the expansion of their bike trails."

Lee said tourists and locals were not following the rules.

"They're swimming on the lake, they're bringing their horses on the lake.

"They're treating our lake as if it's there playground - it's not their playground." 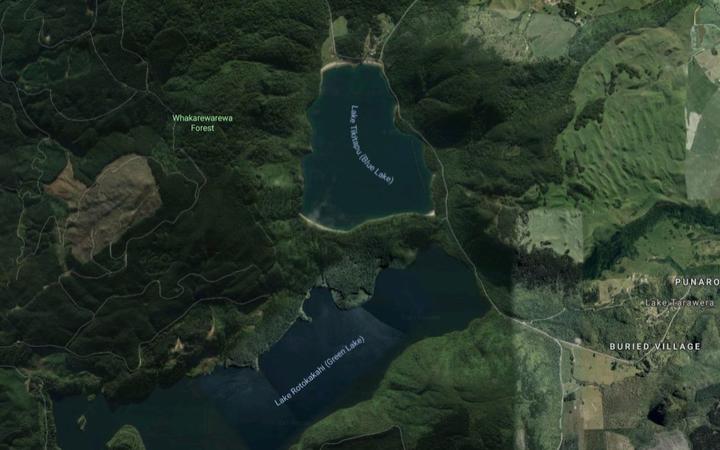 The lake sits next to the popular Lake Tikitapu or Blue Lake, where people are allowed to swim.

Lee said the board wanted the new bike trails closed.

Lee believed this was a case where tourism had taken precedent over tikanga.

"Don't get me wrong, tourism is good for our economy but Rotokākahi is out of bounds," Lee said.

"The environment of Rotokākahi - what we have at the Green Lakes - is a no go zone."

His message to those breaking the rules was simple: "close the tracks and stay away - that's all we want".

In a statement, Rotorua Lakes Council said it had been working with the Rotokākahi Board of Control to establish a relationship enabling council to support them with their aspirations for their whenua and lake.

The council would continue to work with them to alleviate issues where possible, it said.