Te Huki Marae in Hawke's Bay has risen from the ashes of a fire that destroyed buildings in 2007. 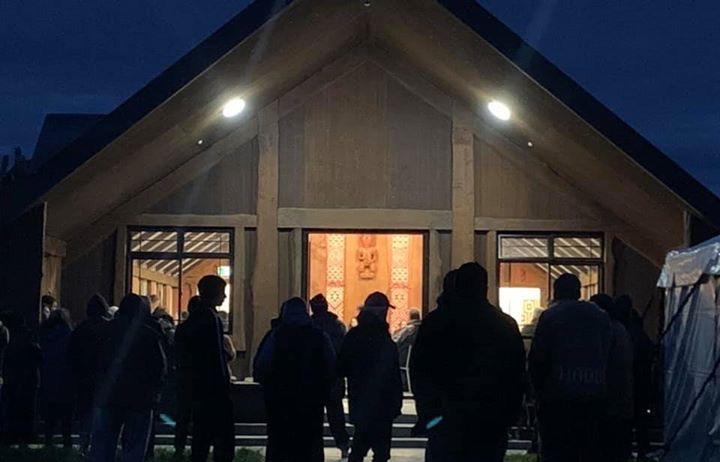 Te Huki Marae was re-opened at a ceremony at dawn yesterday. Photo: Supplied

The marae opened its doors again for the first time yesterday. Whānau gathered in Raupunga in the early hours of the morning to hold karakia and restore the mauri or life force of the whare.

It was a day marae chairperson Theresa Thornton had been awaiting for years.

"It's been a long journey," she said.

"I've been a trustee for the last nine years, it's been a lot of work and a lot of hui to find the funding to build the marae.

"We're lucky that funders came on board, including our own iwi, the development trust, the lotteries, Te Puni Kōkiri and First Light. We ran wānanga for years, getting people to tutor them for free, to fundraise. We did hāngi, raffles, everything you can think of, we did it."

Te Huki and its surrounding buildings were consumed by fire in 2007, with whānau managing to save only a handful of carvings before each whare burned to the ground.

Te Kotahitanga Hall, which stood next to Te Huki, was built in 1958.

Te Huki meeting house was opened in 1983 and Hineringa was built in the late 1800s at Te Arero Pā in Mōhaka. It was placed in storage in the 1930s when the roof began to disintegrate and in 1993, rebuilt next to Te Huki.

Ms Thornton said when all three buildings perished in the fire, other marae in the rohe opened their doors. 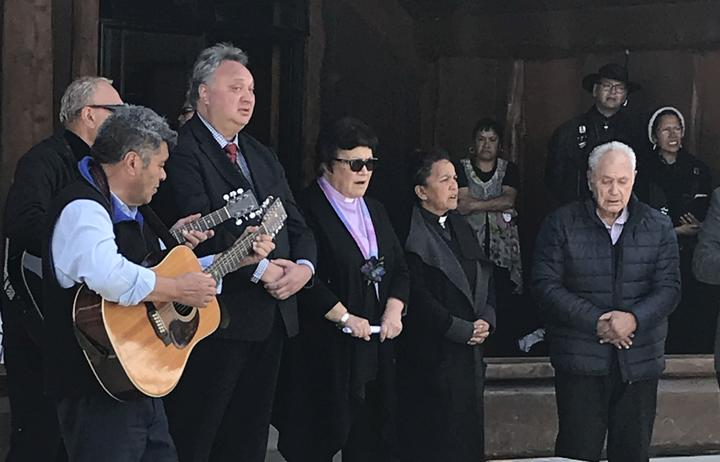 The opening of the marae in Hawke's Bay was celebrated yesterday. Photo: Supplied

"Now that we've got our marae up, we can hopefully return the favour. They can now do all the work that they need to do on their marae, same with Kahungunu and all the other marae that have helped us.

"It hasn't just been us, it's been every other marae in our rohe coming to help us get to the finish line," she said.

A book about Te Huki, who was a chief of the Wairoa district of Ngāti Kahungunu, was launched at the opening.