A spate of violent deaths of local Māori women in Whanganui has got the community declaring "enough is enough". 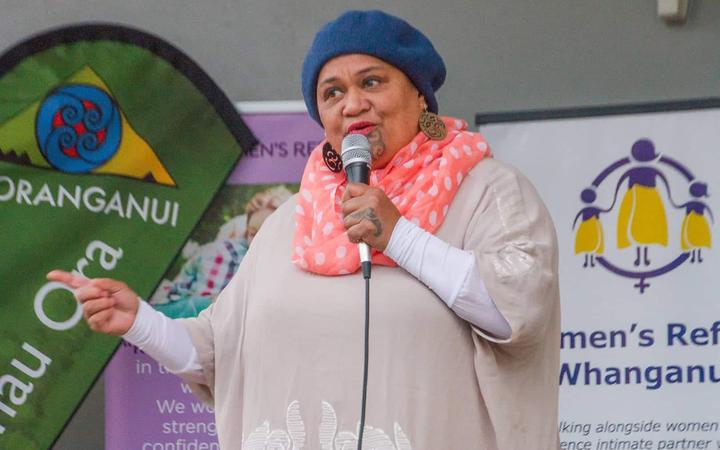 Homicide investigations have been launched into the deaths of five women in the city this year alone - and the victims have all been Māori.

Feona McKay-Patea, 23, is the city's latest victim of violent death.

Police found her body at a Lee St house in the suburb of Castlecliff on 3 October.

Yesterday, a 26-year old Taranaki man was charged with her murder and he will appear in the Whanganui District Court today.

The victim's aunty, Kiritahi Firmin, said a march would also take place today from Pakaitore, situated next to the courthouse, into Majestic Square in the city centre.

"The most recent mate was one of our own nieces from Kaiwhaiki Marae, Ngā Paerangi," she said.

"So our iwi of Ngā Paerangi are standing up collaboratively, together, enough is enough. We will not accept domestic violence on our marae, in our society and in our environment."

Ms McKay-Patea, a mother, is the fifth Māori woman killed in Whanganui this year.

Today's march to the city centre comes just six weeks after another vigil was held there for 30-year-old Jasmine Wilson who was viciously beaten and died in August.

A 28-year old man has been charged with murder and faces court next week.

Iwi leader Tracey Waitokia is concerned about what's going on behind closed doors.

"I know that every one of my nieces that were killed through those violent acts were drugs and gang related," she said.

"And I know that every one of them have beautiful whānau that support them, but they also have whānau that are struggling."

Mrs Waitokia said many whānau didn't know who they were and had lost touch with their basic Māori values of respect, tika and pono.

They were trying to live up to society's image of being cool; and without employment, many were turning to drugs to make a quick buck, or to drown out their problems, she said.

"It is pōuri. We had our rūnanga hui on Sunday - we talked about this. What do we do? Because it is not ending."

Whanganui-Ruapehu police area commander Nigel Allen said the spate in deaths was an anomaly, but he could not put it down to anything in particular.

He said police had been working closely with local iwi to co-design an approach to prevent and reduce family harm.

Over the past 18 months, police have increased their family harm team from two to 13.

"For all of us, it has an impact when we are dealing with tragic events," he said.

"That simply reinforces the need for us to be working to prevent these things happening, as opposed to dealing with the consequences."

He said police did not have all the answers, and he was adamant that working with iwi would help them to better understand the community, and engage with them to reduce harm.

Mrs Waitokia was working with the police too but she said the situation was dire - and it should be a wake-up call for the Ministry of Health.

"They need to recognise kaupapa Māori services more strongly - they need to fund them more adequately.

She said the system favoured mainstream service providers because they worked in a certain way that ticked the ministry's boxes - unlike Māori organisations, who needed to approach things differently to engage with Māori communities.