A Māori health leader is calling for equal representation within the new cancer agency but wants Māori to decide what that looks like for themselves. 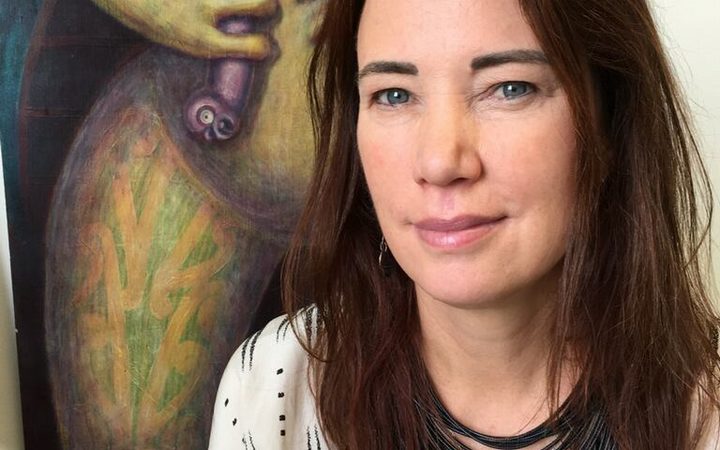 The government announced it would establish a national Cancer Control Agency by December as part of its 10-year strategy, which also includes achieving cancer survival equity by 2030.

Māori are nearly twice as likely to die from cancer as non-Māori.

The Ministry of Health has committed to honouring the Treaty, saying it "will work in partnership with tangata whenua and support tangata whenua-led processes, actions and decision-making".

"I am really pleased that the ministry's talking about true partnership with Māori because that hasn't happened before and that's why we have such massive inequities between Māori and non-Māori with regards to cancer, so we're more likely to get it, we are diagnosed later and our treatment is slower through the system and our treatment has poorer quality and the system doesn't do holistic-type care that we should be doing in this country."

However, she said the previous cancer strategy was also good, but ultimately failed because there was no partnership.

"I'm pleased with a lot of the content and what I am really interested in looking at is how that actually manifests in real terms, how that partnership is manifest and who is going to sit where, quite frankly."

Dr Scott declined to elaborate on what partnership should look like in the new agency, saying that she wanted the wider Māori population to decide.

"I think there needs to be a Māori Treaty partner at every level, especially at the higher top levels, obviously, but at the same time we can't just rely on one person, we also need to have that collective input."

She said she would be asking the Ministry of Health for resources to hold wānanga across the country to hear from Māori.

She was pleased that the ministry had included a mātauranga Māori framework in its strategy, which Hei Āhuru Mōwai had been pushing for.

"I'd call it a fundamental right to have those models, and that the state needs to support the development of those models because New Zealand signed up to the United Nations Declaration on the Rights of Indigenous Peoples."

Otago University public health physician and cancer epidemiologist Diana Sarfati has been named the interim director of the agency, and told Checkpoint the ambitious goal may only be attainable for some cancers.

"There's slightly different mechanisms at play for different cancers, so I think in some cases we will be able to meet that aim and in some areas it may be a bit longer.

"When we look at survival outcomes for the cancers where we have well developed screening programmes - so, cervical and breast cancer screening ... the women who are diagnosed through those screening programmes, the survival inequities disappear. So we know we can do it, but it does take a lot of effort and it does take a lot of focus and being very clear and having quality indicators and measuring those and holding systems to account.

"We're going to be working with Māori to identifiy what is going to work best for them - it's an ambitious goal but we will be working towards that."

She said decisions around who would be on the board - including specific spots for Māori or cancer surivors - were yet to be made, and the director general of health would be consulting with her about that. Specific strategy for different cancers was also yet to be formulated.

She suggested however that the agency would take a pro-equity approach by prioritising pro-equity programmes.

"If you were looking at two programmes for example that were both highly beneficial but one was very strongly pro-equity that one would be prioritised," Prof Sarfati said.

"If we look at all elements of the system and have a very pro-equity approach what that really means that we're doing is we're identifying gaps in the system and we're filling them, we're making the system better. It'll become pro-equity but it's likely to improve for everybody.

"We know that Māori have much higher rates of stomach cancer, and that's due to higher prevalence of H pylori infection, which is an infection that children tend to get. So, there may be a place for screening for H pylori then treating that to reduce future risk of stomach cancer ... it may be that it would only be cost-effective for Māori and Pacific children, for example, because the prevalence of H pylori is so much higher in those populations."

Some of the plan documentation specifically mentioned reallocation of resources, but Prof Sarfati said that was not about taking resources away from current treatment.

"It's thinking about what we do and making sure that we get the best possible outcome for people," she said.

"For example it may be that it makes more sense to develop some specialised services for some cancers within new Zealand because you get better outcomes when you concentrated that specialist expertise in one place, but if we do that we need to make sure we've got services to allow people to get to that one place, so that may be a realloocation of resources in order to get better outcomes."