Power Play - No-one will argue against the merits of a plan to tackle cancer, so it was a smart move of National's Simon Bridges to unveil a plan hitting the government where it hurts. 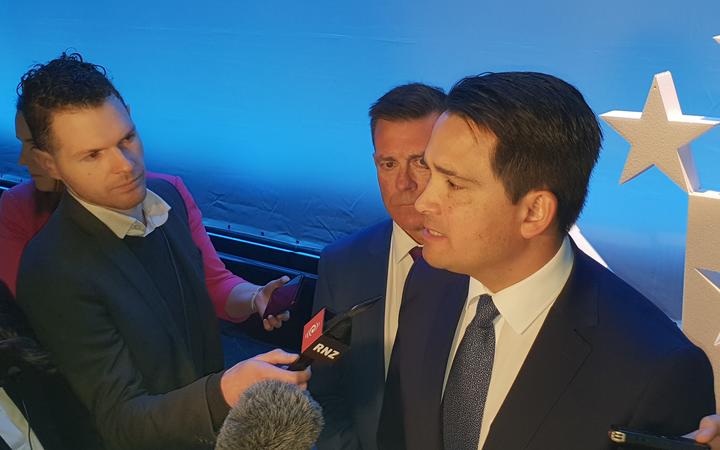 It has also put the coalition on the back foot, getting out a solid policy weeks before the Health Minister David Clark makes public his own action plan.

But is National itself compromised by its lack of investment and action while it had the opportunity to do so while in power?

It's effectively lifted a policy promise to establish a National Cancer Agency made by Labour at the 2017 election (even down to describing the current system as a 'post code lottery'), which Mr Clark now refuses to endorse.

National is promising the new agency - with the same name as Labour's election policy - independent of the Health Ministry and DHBs, as well as a 'use it or lose' $50 million dollar annual fund specifically for cancer treatments.

Both policies allocate $10m dollars to establish the agency, both express the need for consistency of treatment, in particular that treatment should not be dependent on where you live - basically creating a much more centralised approach.

Every week there is a new, distressing story about people struggling to beat cancer, or even survive a little bit longer; at the core of most of these stories is their inability to access the treatment they believe can make a difference.

The principle for the drug buying agency, Pharmac, is that it makes its purchasing decisions independent of politicians, who themselves come under significant pressure from constituents. This line was blurred in the 2008 election campaign when John Key promised a National government would bypass Pharmac and fund a full year of the breast cancer drug Herceptin, after a vigorous lobbying campaign.

Pharmac puts up the consistent argument it only has so much money and has to make "fair and robust" decisions that benefit the most people, based on the best clinical advice. But there have also been stories, for example Guyon Espiner's recent investigation questioning how Pharmac makes those decisions, and ultimately it's politicians who can change that process - or not.

National's policy suggests further inroads into that independence, stating Pharmac would be "directed", within its current parameters, "to fund cancer drugs that would improve outcomes for as many as possible". Mr Bridges insists he respects the judgement of the medical professionals, and the policy is not a vote of no confidence in the agency, but just about giving it the ability to provide more.

"Fifty million today would be a step change, it would fund significantly many, many of the drugs that are proven, that are there, that New Zealanders just can't get access to", he said.

Now the pressure is on the government to say what it will do; momentum for a dedicated agency is growing with a petition with about 140,000 signatures presented to Parliament last week.

The minister, Mr Clark, won't reaffirm Labour's election policy, saying in government he's had the ability to get advice from the officials who would write the policy and to closely work alongside the sector.

"The principle of stronger central direction, cancer standard-setting, and so on, is something that we're pursuing and we're looking around the world to work out what the best way is to ensure a quality, consistent care level for cancer sufferers."

Mr Bridges used personal stories to highlight his criticisms of the government, with the general narrative the coalition was throwing billions of dollars at wasteful policies while people were having to sell their homes or move overseas to get the treatment they needed.

Dr Clark has also hit back, blaming the current situation on years of "health cuts and underfunding" by the previous government.

"They had nine years to do something about consistent quality of cancer care, and they haven't, they chose not to."

And he points out National scrapped the ministerial advisory group Cancer Control NZ in 2015, with the then-Health Minister Jonathan Coleman saying its role had "been superseded by the progress made in improving cancer services for New Zealanders".

But Mr Bridges is wanting to deflect attention back onto the coalition - "if Labour was so keen on this, talked a big game in opposition why don't they get on and do it."

While National may have reignited the debate about the best way to improve services, the government still has advantage of timing, as it can implement its plan sooner.

And if it does does plump for some kind of agency or dedicated unit National would be hard pressed to put up any credible opposition.