The National Party has pledged to establish an independent cancer agency, and specifically fund cancer drugs to the tune of $200 million over four years. 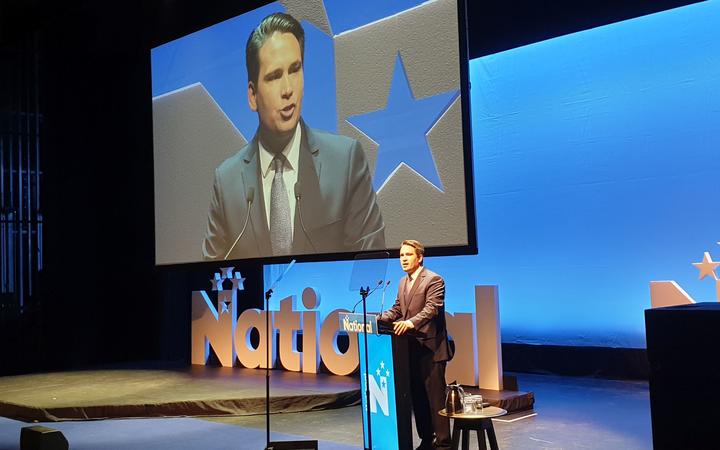 The leader Simon Bridges made the announcement during his keynote speech at the party's conference being held in Christchurch this weekend.

He said New Zealanders shouldn't have to pack up and go to other countries, or start Givealittle pages for cancer treatment.

The National Cancer Agency would be independent of the Health Ministry, he said and would "focus on greater accountability and consistency of access across New Zealand".

"The sad reality is that most New Zealand families will be affected by cancer. Cancer doesn't discriminate when it chooses its victims and people shouldn't be discriminated against when it comes to treatment depending on their postcode.

"The agency will be involved in prevention, screening and treatment," said Mr Bridges. "New Zealand is a world leader in research and innovation, so the centre will also facilitate research so that in the future we can prevent cancer and treat it more effectively."

Fifty million dollars a year would be ringfenced for "more effective cancer drugs" - if the money is not spent the agency would lose the funding.

Pharmac would also be directed to fund cancer drugs that "would improve outcomes for as many as possible".

Another directive would be that it purchase cancer drugs that have demonstrated "high levels of effectiveness internationally".

Pharmac has come under fire for how much money it spends on cancer drugs, and for not giving patients access to the some drugs available in other countries. The drug buying agency has defended its approach, saying it has to ensure its decisions are fair and robust, and are based on the best clinical advise.

But Mr Bridges said when a New Zealander was going through "the most difficult time" of their lives, their country "should be there for them".

The national agency would have primary responsibility "for better access to diagnosis, treatment and care" across New Zealand. Mr Bridges said it was aimed at providing consistency of diagnosis, of treatment and of outcomes.

The agency would be primarily responsible for the Cancer Plan which would direct investment and key performance indicators across District Health Boards under the National policy.

Mr Bridges has pledged to pass the legislation establishing the agency in the first 100 days of a National government.

It wants national expert leadership to be appointed, "free from political interference".

"Cancer is important to all New Zealanders and should clearly be a priority for all political parties," said Dr Chris Jackson, Cancer Society medical director.

"Our outcomes have been falling further behind our cousins in Australia and Canada because successive governments have dropped the ball on cancer. That's why we need experts appointed to lead the cancer programme nationally, free from political interference, and the funding for them to do their job," Dr Jackson said.

"The last National government abolished the Cancer Control Council, so we're pleased to see that they've changed their minds about national cancer leadership and we welcome this announcement."

The society was also awaiting the current government's action plan. "We hope that strong central leadership, clear treatment standards, and a way to ensure consistent care is at the core of the plan".

"However, any investment in cancer does need to be balanced. When Keytruda was funded for melanoma in 2017 we didn't get any additional doctors or nurses and that led to increased strain on the system and longer waiting lists.

"We have to learn from history and ensure that any new investment is balanced across cancer control, and that headline announcements don't have unintended consequences.

"That is why we need experts in charge not politicians, and why we need cancer out of the political cycle."

Health Minister David Clark said in a statement everyone wanted to see action on cancer, and the government was playing its part.

"The government promised action on cancer care and we will be making significant announcements in the coming weeks that will make a real difference to cancer sufferers now," Dr Clark said.

"National had nine years to fix cancer care but didn't. Their legacy was health cuts, underfunding, workforce shortages and services under increasing pressure. Only four years ago they wound up Cancer Control NZ, now they say they want a National Cancer Agency."

He said the latest Budget included an extra $2.8 billion in operational funding for DHBs and $1.7 billion for capital investments in hospital facilities.

"New Zealand already spends $220 million a year on cancer drugs. It is not clear how National's cancer fund will relate to that existing spend - will it be maintained? National also needs to say how it will pay for its Cancer Drugs Fund and whether funding for other drugs or other services will be cut to pay for it."

He said National's policy would not speed up early access to new medicines - something many people living with cancer have been calling for.

"I am currently finalising the Interim Cancer Action Plan. It is comprehensive and deals with all aspects of cancer care, not just drugs," Dr Clark said.

The United Kingdom created a Cancer Drugs Fund in 2011 as a result of a promise from the Conservative Party.

But that has been the subject of criticism in the media and medical journals. For example, in December 2014 The Financial Times called the fund "a populist gesture that gives the impression of benefiting patients, but in fact rewards poor quality drugs while benefiting a handful of pharmaceutical companies at the expense of the taxpayer and the full range of patients".

An analysis of five years of national news reports last year by the UK's Royal Society of Medicine found they were overwhelmingly approving of the Cancer Drugs Fund and concluded critics of the fund were "lone voices in the wilderness.

Another 2017 study, however, was commissioned by Richard Sullivan, Professor of cancer and global health at Kings College London, who advises other countries in cancer care regimes.

In 2017 he said the UK's CDF had been a "huge waste of money" and a "major policy error" before NICE took over responsibility for it in 2016.

Politicians here have continued to come under pressure to review how Pharmac funds its drug buying agency, and how it chooses which to fund, most recently the petition presented to Parliament by Blair Vining. 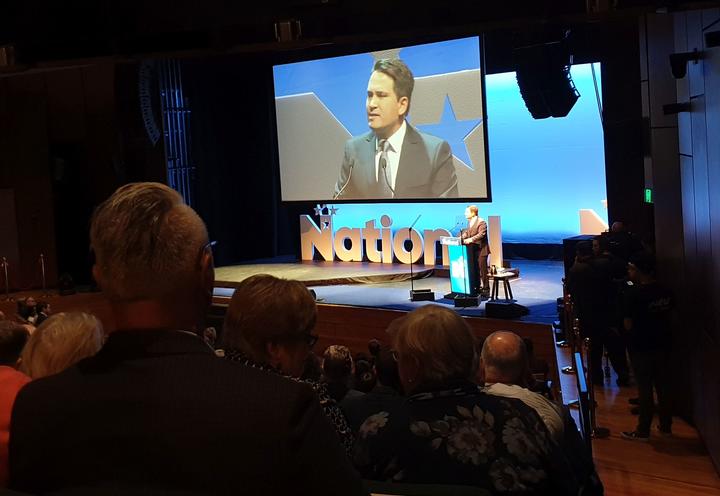 The audience listens as Simon Bridges promises a cancer agency will be set up if National becomes the government. Photo: RNZ / Craig McCulloch