A terminally-ill Southland father and the health minister have found common ground on cancer care reform.

Mr Vining was diagnosed with terminal bowel cancer late last year and had to seek life-lengthening treatment through the private sector, he is now living his life in three-month blocks.

He is responsible for the country's largest ever cancer petition - garnering 142,789 signatures so far - calling for a national cancer agency to ensure consistency of care.

Mr Vining said he was confident the country would be better off because of the groundswell of support for the petition, and Mr Clark gave him the right signals when it came to reform.

"We had a really good chat about the things that we agreed on and what he's trying to do and what we're trying to do," Mr Vining said.

"There's some things there that we are on the same line on and there's other things we'd like to see him throw in there as well. But going forward I think we're in a lot better place than we were when we started this petition - which is good.

"Hopefully, we can have a system in place that will hold everyone accountable that doesn't stick to the targets that are set up and it will be really good to see that happen because it hasn't happened for the last 20 years and that's why we've ended up in this mess."

Earlier this week, the health minister gave his strongest indication yet that a national cancer agency was not on the government's agenda telling Nine to Noon: "When I was in opposition and the Labour Party had a policy of a cancer agency - if we look right back - that was born out of a deep concern for the state the Ministry of Health was in because there was a lack of confidence that it could deliver strategic direction and strong oversight. 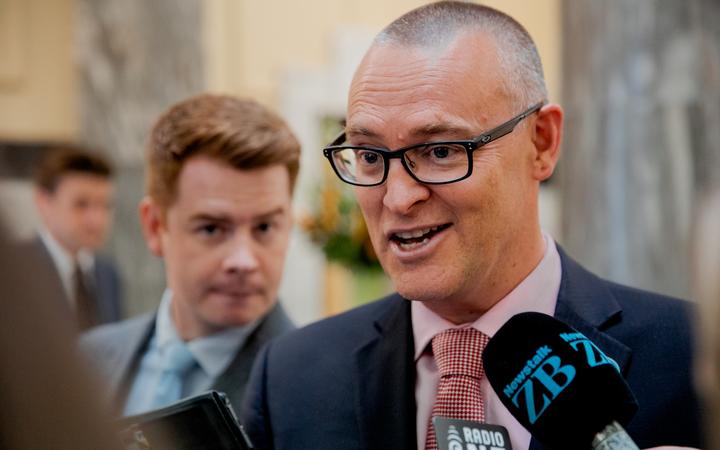 "Actually, since I've been the Minister of Health, the ministry is in a rebuilding phase and really is stepping up and delivering on leadership, on relating better to the system, building on the expertise that's in the system."

Mr Vining said Mr Clark would not confirm a national cancer agency was on the government's agenda during their meeting, but he did not rule it out either.

In 2017, the Labour Party campaigned on the establishment of a national cancer agency and $20 million to get it going.

Mr Vining said his conversation with the minister had left him comforted that "going forward we are seeing eye-to-eye".

He would travel to Wellington in the coming weeks to present his petition to the health select committee.

He lauded the work of those that supported him in getting it together.

"A big massive thank you to everyone that's jumped on board and made it what it is," Mr Vining said.

In his immediate future was "a bit of rest", he said.

"We've had a pretty big few months so I think it's time to relax and spend some time with the family and we might jump in the Falcon and go for a roadie."