By Elspeth McLean of the Otago Daily Times

Southern District Health Board's response to the damning report into colonoscopy access has been slammed by the co-author of the report, Christchurch surgeon Phil Bagshaw.

The report, released yesterday, from Mr Bagshaw and gastroenterologist Dr Steven Ding, called for an urgent overhaul of the way the board managed colorectal cancer (CRC).

Mr Bagshaw said instead the response was "along the lines of play it down, play for time and hope it all goes away".

"We've proved beyond any doubt that the Southern District Health Board has failed in the war against bowel cancer. There's no question about it."

The inadequacy of the board's management of CRC had been known for years and he saw no evidence of anybody taking responsibility for that.

"That's the most concerning thing." 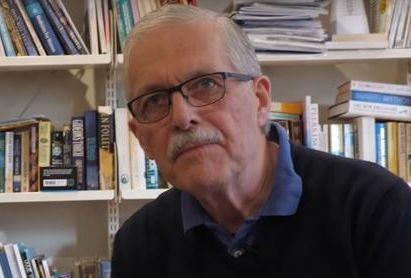 Mr Bagshaw warned that he would be watching the situation very closely to see what further steps the DHB took.

If nothing effective was done, one possibility would be to ask for a public inquiry.

Somehow these statistics were ignored, and nobody was held to account for them, Mr Bagshaw said.

Mr Bagshaw and Dr Ding were called in to review cases of concern raised over about five years by Southland surgeons who were worried the strict use of guidelines for direct access to colonoscopy had resulted in harm to some of their patients.

They reviewed 20 cases and found that 10 of them involved undue delays to diagnosis or treatment.

Mr Bagshaw said the DHB proposal to do a patient care pathway analysis of 102 cases would do nothing other than "play for time and spend money".

The situation at the SDHB highlighted the lack of resourcing which was a national issue, and which had led to the colonoscopy access guidelines being used as a rationing tool.

He noted that the terms of reference for the audit he and Dr Ding carried out said the board would consider the recommendations of the reviewers and take all reasonable and practical steps to either implement them or make it clear where recommendations were impractical or impossible.

The board had completely ignored overhauling the way it did things but had not identified what was impractical or impossible.

"Where is the commitment to now implement the recommendations?", Mr Bagshaw asked.