The Māori community of Whanganui has charged the city's streets calling for an end to what has been a string of violent deaths of Māori women. 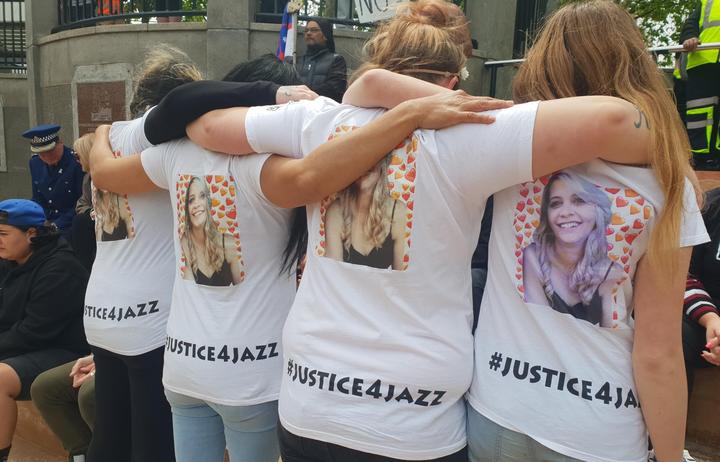 About 300 people marched from Pakaitore to Majestic Square today, in response to the deaths of five Māori women in Whanganui this year. Photo: RNZ / Leigh-Marama McLachlan

Homicide investigations have been launched into the deaths of five women in the city this year alone - all were Māori.

Feona McKay-Patea, 23, is the fifth Māori woman killed in Whanganui this year. Yesterday, a 26-year-old Taranaki man was charged with her murder and appeared in the Whanganui District Court today.

About 300 people - mostly Māori and including kura kaupapa students, children, police and kaumātua - marched from Pakaitore, situated next to the courthouse today, calling for more resources to tackle P and urging people to stop sweeping family violence under the rug. 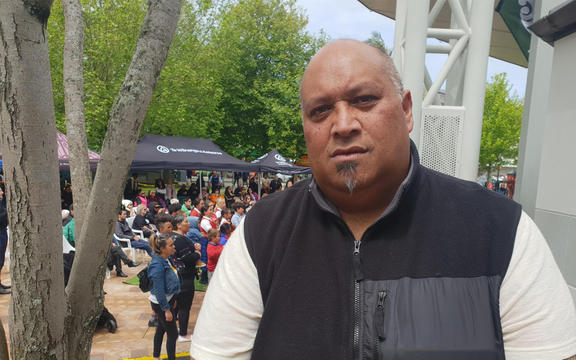 Ms McKay-Patea's uncle Mahanga Williams said it was hard on the family with the march being so close to the courthouse where the hearing was due to take place.

"Being next door [to the courthouse, we didn't want to] upset the spirit of the hīkoi."

Led by Ngā Paerangi iwi, the march arrived at Majestic Square in the city centre with a warm and inviting vibe, and more than 100 people singing waiata and performing action songs.

But the message was still a very serious one. 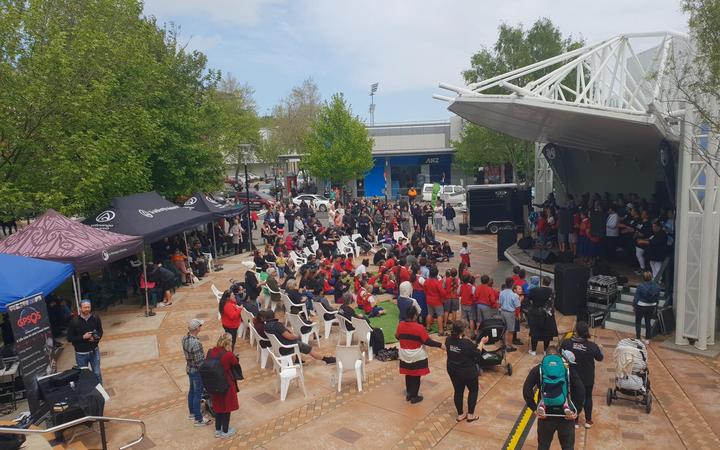 About 300 people marched from Pakaitore to Majestic Square today, in response to the deaths of five Māori women in Whanganui this year. Photo: RNZ / Leigh-Marama McLachlan

Mr Williams said these were desperate times and they needed more resources for services led by Māori.

"I think the P drug doesn't help, but at the end of the day we need programmes to educate our men on how to become good, caring, responsible men. You know, we can be good men but if we're not responsible for our actions then we haven't learnt anything."

For many, this is the second time they have turned up at Majestic Square in recent weeks for a similar cause. A vigil was held there last month for Jasmine Wilson, who was viciously beaten in August and died.

Her mother, Brenda Reuben, said she was sad to be back.

"It's been on the heels of the vigil, which really did upset me. She's a young beautiful 23-year-old mummy ... what do you say other than we need this to stop? We have to start with our whānau, we have to sit inside our own selves and figure out what's going on." 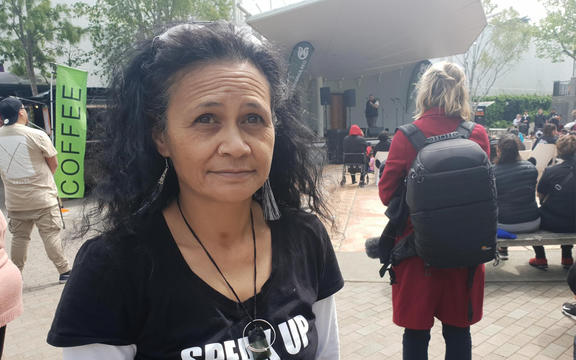 Diseree Mclean, who was at the march, said Māori were mourning the deaths.

"We're hurting actually, quite deeply, and enough is enough. We just need to help each other. Family violence starts really early I think, and we've had enough actually."

In August, elderly woman Lorraine Smith was convicted of the murder of 13-year-old Kalis Smith.

Local man Charles Chadwick said it was unacceptable to have so many deaths.

"I'm here to support the men against violence, it's just to make sure that these things don't happen again ... been five [deaths] already this year. It's just not good enough, we need to sort our s--t out."