Tia Wright's former high school was unable to teach her te reo Māori in her senior year because she was the only one interested in learning. 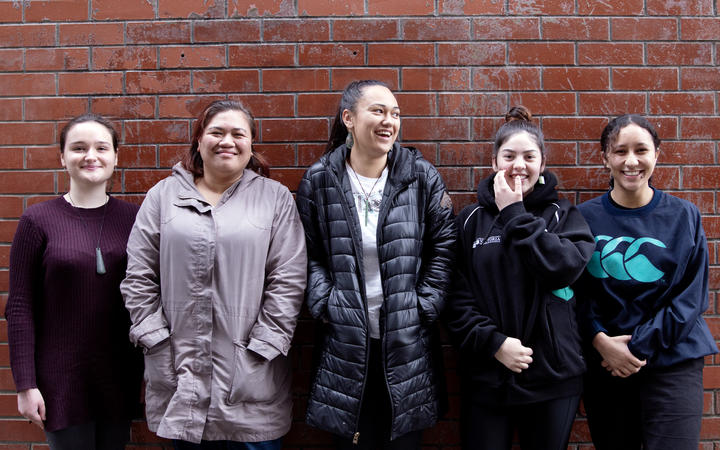 Instead of giving the reo up, she worked with her school to get lessons from a teacher who lived in another city, via video link.

"I had to do it over visual communications with a teacher from Waiheke Island. Lessons were once a week for one hour.

"On the first call he just spoke in te reo Māori to me. I had no idea what he was saying so I would just say, kāore au i te mōhio, I don't know, that's all I could say to him. I was so lost," she laughed.

"He'd give me six pieces of writing to do after the lesson. The next week I brought my bro with me and I put him off camera. And when the teacher asked me something I'd look at him and ask, what did he say?"

Ms Wright jokes about video lessons, but says they were invaluable.

"Those lessons taught me a lot. He explained different ways words are used, he taught me some grammar. Before the video lessons, I was writing in te reo at a primary school age, sentences like, 'I went to the park'.

"He taught me how to add two sentences together and add interesting things to it. It was exciting, but it was also daunting because it was hard." 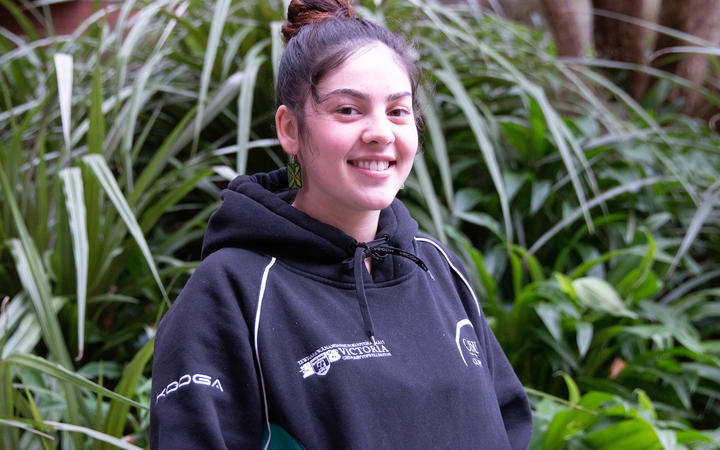 Tia Wright is proud and passionate about her Māori identity. Her love for her culture shines through in small ways; on the patterns in her earrings, in the way she interweaves te reo while speaking in English, and in her expression when she talks about what she loves most about the language.

"I love being able to speak it, is that a dumb answer?

"It gives me the feeling when a fast rap comes on and you can say all the words, like, yeah, I cracked it.

"When I first started the classes at university the teachers would speak fully in te reo and I didn't get what they were saying. But, now, sometimes I don't understand the content of the class, like the grammar, but I can understand the teacher. I reflected on it a while ago and I was like, what the heck, I know what he's saying."

During te wiki o te reo Māori, RNZ has been following the reo journeys of a group of wahine Māori learning te reo.

Hannah Hall spoke about what it means to have the reo when you are Pākehā.

Poriana Hinemoa Luke spoke about wanting to be the first person in her whānau to speak te reo.

Tewaia Nuku spoke about her struggle trying to get the reo back.

And Hinematererangi Mackey-Pasene spoke about adjusting to life outside her familiar Māori spaces.