Te wiki o te reo Māori - Tewaia Nuku, a former kōhanga reo and kura kaupapa student, was not allowed to learn te reo Māori at high school until her senior years because she was deemed too advanced. 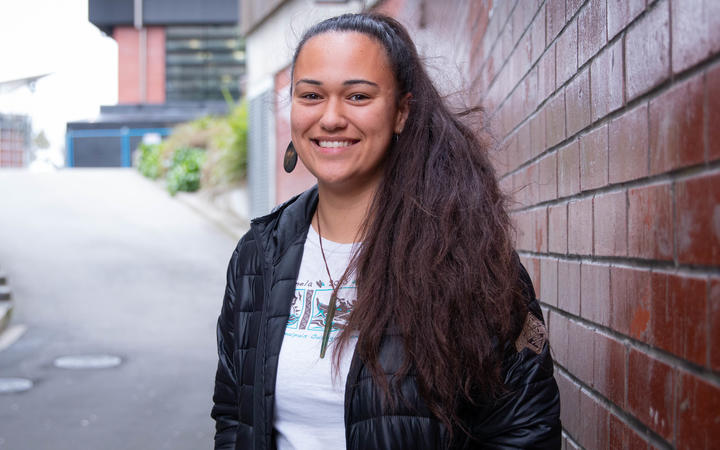 While trying to navigate a mainstream environment, and a language she was not so familiar with, she lost touch with her reo. Today, she is still trying to reconnect.

"They said I had to wait for everyone else," she said.

"It was also a mainstream school, so my English was pretty bad.

"They said, 'You still need to learn another language'. So I learned French for all of my high school years. I was focused on learning English too.

Ms Nuku, of Ngāti Kahungunu and Ngāti Maniapoto, is in her first year at university, studying te reo Māori.

She was born and raised in the Hawke's Bay, with two parents who could speak te reo, and four siblings who each went to kōhanga reo and kura kaupapa. Two of her siblings went on to wharekura, or total immersion Māori high schools.

Not her. While high school can be challenging for anyone, she had the added obstacle of learning for the first time in an environment without te reo Māori.

"I went to kōhanga, and then to kura tuatahi, and then to high school, and I was so shy because I'd never really seen Pākehā before. I was so scared, so I kind of just hid away."

When she reached year 12 and could finally choose te reo as a subject, Ms Nuku was excited to be immersed again in something familiar.

But she said she underestimated how much she had forgotten while being away from the language for three years.

"But my marks weren't that good. I remember when it hit me. Someone asked, 'What's 'waves' in Māori?' And I didn't know. I told myself, I have to get it back."

Ms Nuku was competitive. She did extra study to get good marks and catch-up on the years she'd lost. Now at university, she's determined to connect with the language, and her sense of self.

"Lots of people focus on education first, and pick up Māori later. But I know you can get it back, especially if you go back to your marae.

Ms Nuku said learning te reo had allowed her to connect with her whakapapa.

"My thing is genealogy. I'm like a classics geek too, so I love the gods and the atua. So, I'm also crazy about my whakapapa, I can trace mine all the way back to my waka.

"I love Māori culture, and the language connects me to it."