'Honour the language' - Māori for MPs

Te Wiki o te reo Māori often prompts a lot of flat white orders in te reo - he kawhe mōwai māku - but at Parliament there are some MPs putting in the hard yards to improve their reo Māori pronunciation longterm. 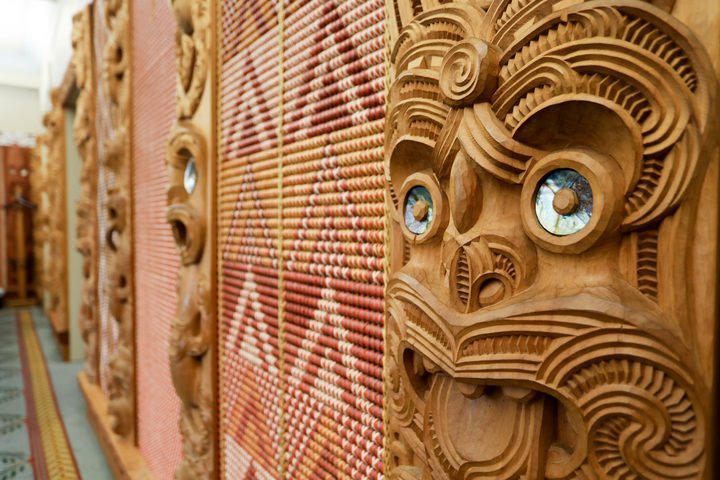 There’s a room at Parliament with walls that tell stories.

Carvings and tukutuku panels spread across walls; on the northern and southern sides are legends of Māui and Māori gods.

Across the western walls are ancestral stories and life lessons for future generations and to the east are the voyages and discoveries of Kupe.

This room is called Māui Tikitiki-a-Taranga but it's more often referred to as Select Committee Room 6. 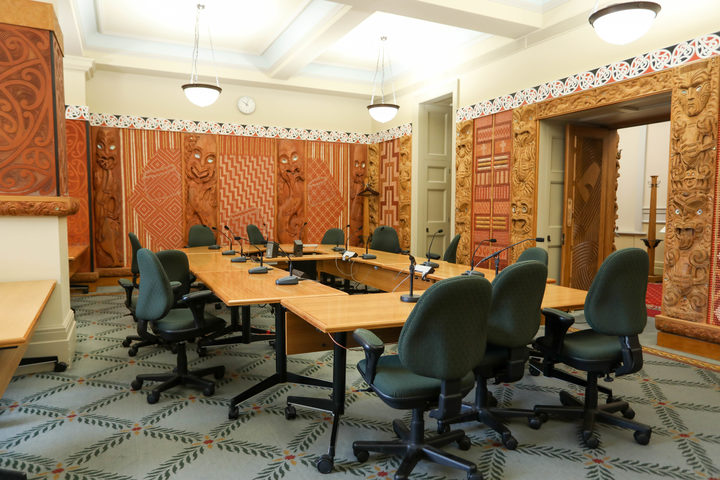 Its normal use is for Māori Affairs Select Committee meetings where eight MPs from parties across the House examine topics like health inequities for Māori and compulsory teaching of te reo Māori in schools.

At 7:45am on Wednesdays, scones, tea and coffee are laid out for a group of MPs who meet here voluntarily to learn te reo Māori.

“The idea actually came from the members themselves who were really interested and keen to improve their reo, particularly pronunciation,” says Maika Te Amo, the leader of the Māori-for- MPs sessions.

Usually, there is a mix of MPs from different parties but today it’s three MPs from the National Party; Stuart Smith, Denise Lee, and Nicky Wagner. 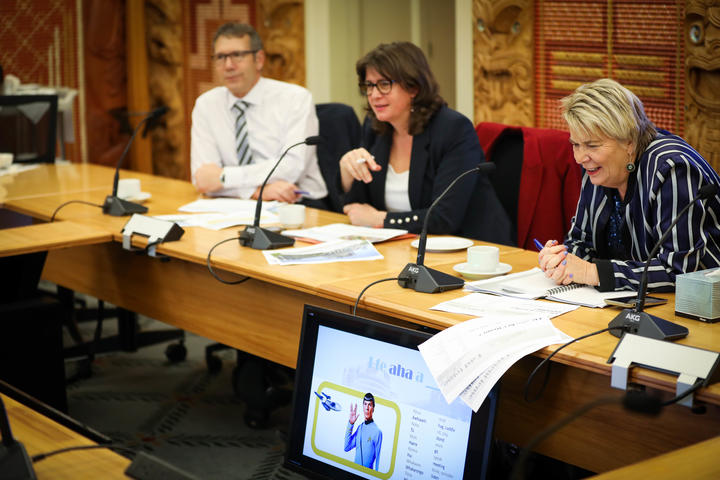 “Best attendance has to be Stuart Smith, I don’t think he’s missed one since the start and I suppose with attendance comes the most practice so he might be leading the charge,” says Maika.

In this session, Nicky Wagner is awarded a gold star for sending in an email entirely in te reo learned in the lessons.

“I did spell one word wrong but I’ve learned that now,” she says. “After I sent it I looked it up.”

Stuart Smith jokes he’s been sliding koha (caw-ha not co-ha he’s gently reminded by a classmate) across the table in exchange for the praise but Maika says their effort is genuine.

“I’ve been really impressed with the commitment, the dedication, and the humility. That they come with an understanding of the journey before them and the work it’s going to be," he says.

"Sometimes they’re are a little more humble than they need to be but that in itself shows a good understanding of cultural preferences of Māori in general I suspect.” 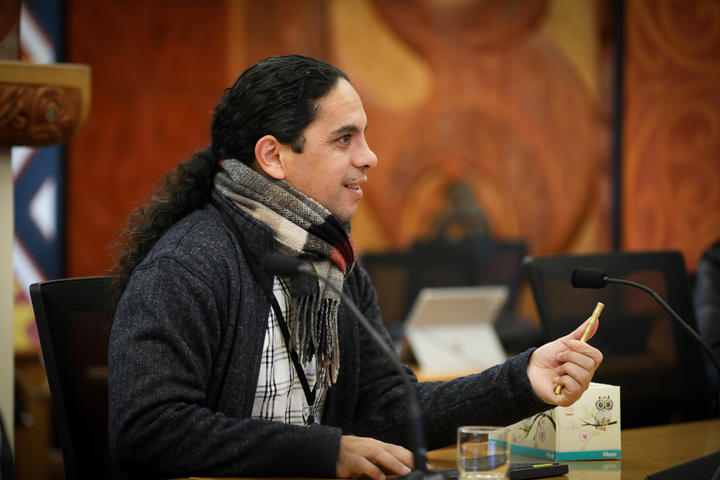 MPs schedules are often jam-packed with meetings, travel, visits, constituency work, and duties in the debating chamber but each MP has their reasons for making time to do these sessions.

“I come from Christchurch and I’m here to learn because we have fun but also to pick up more of the language because we’re seeing it used more and more every day and I want to be at the forefront of that rather than the back,” says Nicky Wagner.

“I wanted to have some fun with colleagues because I know when you do things together you learn and relax together,” says Denise Lee.

“And also to be able to insert te reo into more everyday stuff including in the House. I think it’s really important that we honour the language.” 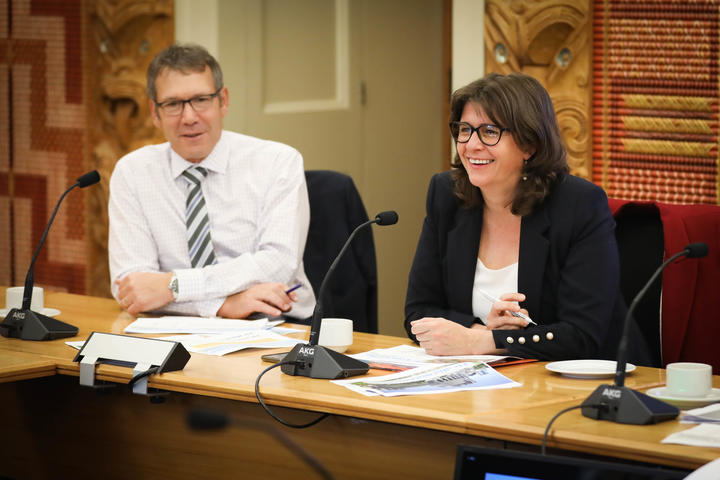 Stuart Smith is the MP for Kaikōura and says improving his pronunciation is the main reason he’s here.

“I think that it’s a really important part of being a Kiwi and the least we can do is our best to try and honour the language and honour our own history.”

It’s also one of the activities that dissolves party lines.

"It’s kind of one thing we do across the House, it is fun to sit beside people from the other side of the House and go through the same thing,” Stuart says. 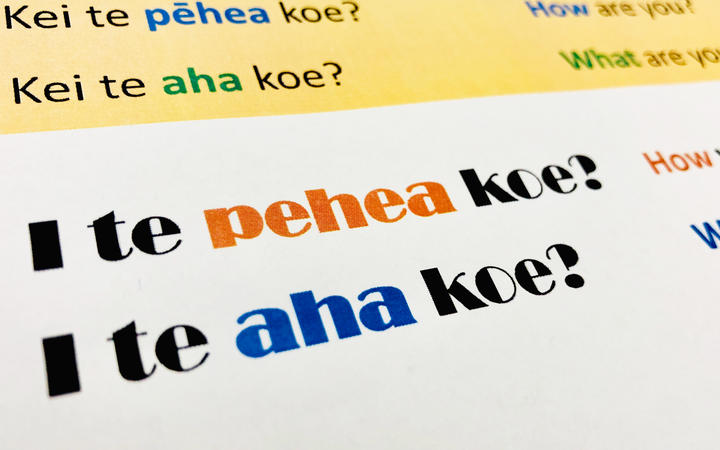 Some of the notes from the worksheets MPs get at the sessions Photo: VNP / Daniela Maoate-Cox

The MPs aren’t doing the sessions for publicity points, some of them didn’t know The House would be recording their lesson, but their effort sends a wider message says Maika.

“I think it’s just as important for them personally, as part of their personal journey, as it is for their constituents to see, that regardless of high-level roles that they are fulfilling, and the high demand on time of every single one of them, they’re still dedicating time to this, to improving their reo Māori.

“Which in itself is an acknowledgement for the regard they have for the reo, its importance, its mana, regard for us as a people, and as a nation.”

"There's always food here and while that might not be the biggest draw it's also culturally an important thing, the sharing of food, manaki, that kind of thing."

"While our reo is the main focus, we still also try to behave in a way that are consistent with tikanga, in a more authentic, living way of transmitting and transferring those ways as well as part of the learning."

More information on Māori language week can be found here.