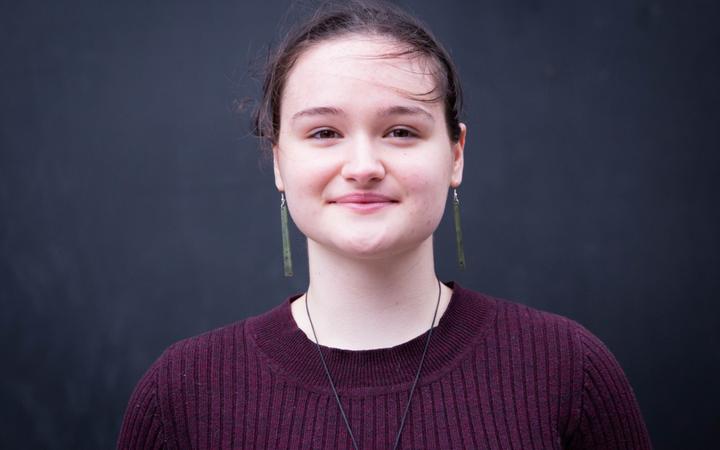 Ms Hall has been passionate about the language since she was a child. And despite very few opportunities to engage with te reo growing up, she knew the language was important.

"My whole family is Pākehā which sometimes makes it difficult, learning wise, because I don't have anyone to practise with outside of school," she said.

"My mum was a history teacher, so even though she couldn't speak Māori, she did acknowledge that Māori language and Māori culture were important. She'd throw out the odd kupu Māori every now and again, and she always made certain that my brother and I were always aware that there was another important side to New Zealand culture."

Ms Hall started formally learning te reo Māori at Wellington Girls' College. But she said some students had the perception that there was little value in learning it.

"The class was very small. By the time I got to the end of school there was only myself and one other senior learning Māori.

"I don't know how to say this, but it was a very white school, and some of the attitudes from the other students towards Māori were really quite negative.

"I often got the overwhelming sense that Māori wasn't academic enough to be considered a subject equal to the others. Whenever I would talk to people they'd say, 'what are you studying?' And then, 'oh, isn't that a waste?' So it was quite sad."

Now at university, Ms Hall's classmates describe her as someone who sets a benchmark for the other students.

She admitted it was probably the only subject she was good at, but said she was reluctant to choose certain career-pathways involving te reo because she was Pākehā.

"It has sort of become very apparent to me over the last few months that Māori is, like, the only thing I'm good at. But I don't necessarily have a career at the end of it, especially because I am Pākehā and I'm very aware of that.

When asked what she loved most about te reo Māori, Ms Hall's face lit up.

"For me, the thing I love most about Māori are the attitudes and the whakaaro that you just can't escape picking up when you learn it. Every single Māori classroom just has this amazing atmosphere that you cannot get anywhere else.

"That's the biggest thing for me, how it expands your horizons."