Te wiki o te reo Māori - Poriana Hinemoa Luke is determined to be the first one in her whānau to speak te reo Māori, but she's come along way from being whakamā, or embarrassed, about her identity. 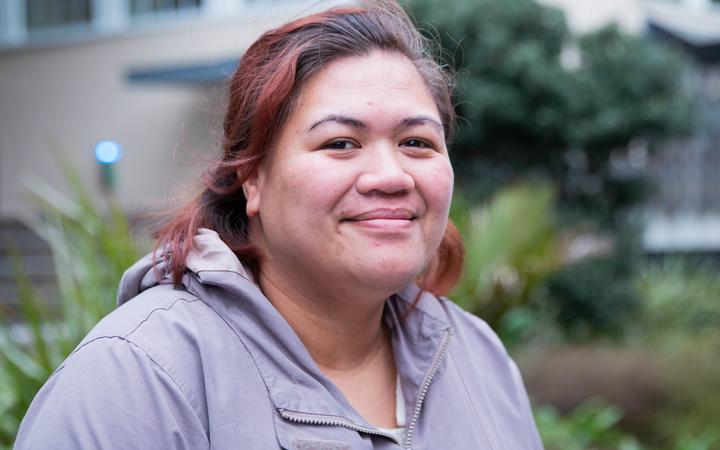 Ms Luke could count the number of Māori students at her former high school on her hands. There were about seven of them, out of a total of 900 students.

She said she quickly became the Māori face for the school.

"I was the 'token' Māori for any school event. I had to be the first one up there, doing the karanga for everyone else," she said.

"I had no choice. I told my dad about it and he said, 'nah, you need to do it or else it's just going to look terrible'. So, I got over the shock of it and I did it for five years at the school."

Though Ms Luke did have some knowledge of te reo growing up, having attended a bilingual primary school for a year, her relationship with the language was fraught.

It wasn't 'cool' to speak te reo when she was a teenager, she said.

"I was one of those whakamā people and I didn't want to speak te reo because it wasn't cool. I ended up learning French at high school.

"The way they saw te reo in high school, they kind of made a joke about it. Now that I think about it, I feel bad that it was like that, and that there was no support people in the school."

At 18, Ms Luke ran away from home and moved to Wellington on her own.

She said it was a defining moment in her life.

"I started learning te reo through the university because when I moved away from my parents I had to fend for myself to identify who I am as a Māori."

"I've also been inspired to learn after watching my brother become successful in his own field. He has had a bit of a rocky upbringing since I left Auckland, and I started watching him thrive with all the success he has had. I realised I've got to do this for me. No one in our family can speak te reo, and I have to do this.

"Both my parents are Māori but they fell into that category where they never spoke it. I spoke to my father about it, and he told me his brother could speak te reo too.

"I started talking te reo to my uncle one day and he was like, 'oh my gosh, you're speaking te reo'. He was like, 'kōrero mai, kōrero mai i te reo Māori'. Every time I go home and see him I have to speak te reo."

Ms Luke said the thing she loves most about te reo Māori was its ability to connect people.

"It's very different when you're not doing a Māori-orientated paper. It's hard to connect with people. Whereas this Māori paper, in particular, you're connecting with people."