Kua tīmata te wiki o te reo Māori - Māori Language Week has begun - and to kick it off a roaring parade made its way down central Wellington, drawing hundreds of spectators. 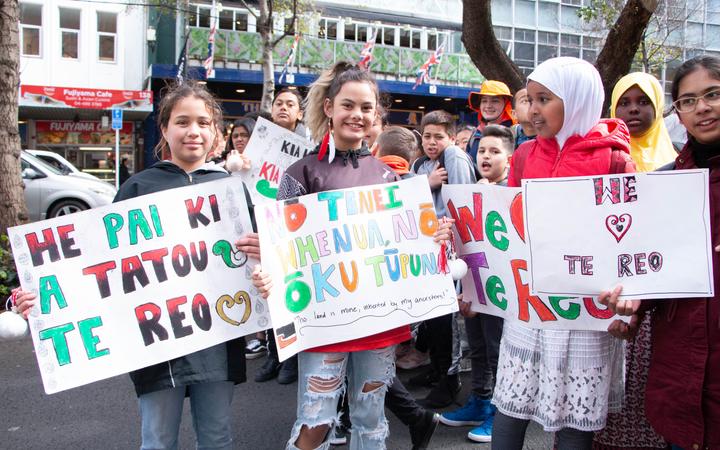 Cold conditions are not deterring those taking part in the parade in Wellington. Photo: RNZ / Rob Dixon

Twenty thousand people have registered to take part in six parades across the country this week to celebrate te reo - the biggest response organisers have ever had.

More than 4000 people snaked their way through the capital today, chanting, singing, and showing off signs encouraging people to kōrero Māori.

Waenanga Te Hau from Naenae Primary School said the language was a taonga, and they were there to celebrate it.

According to the 2013 census, 148,000 people reported they were able to hold a conversation in Te Reo Māori.

Of those, 125,000 identified themselves as being Māori. 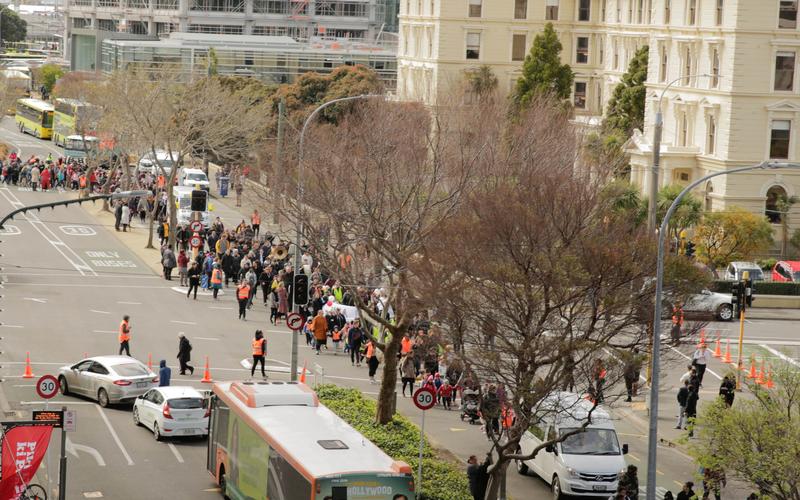 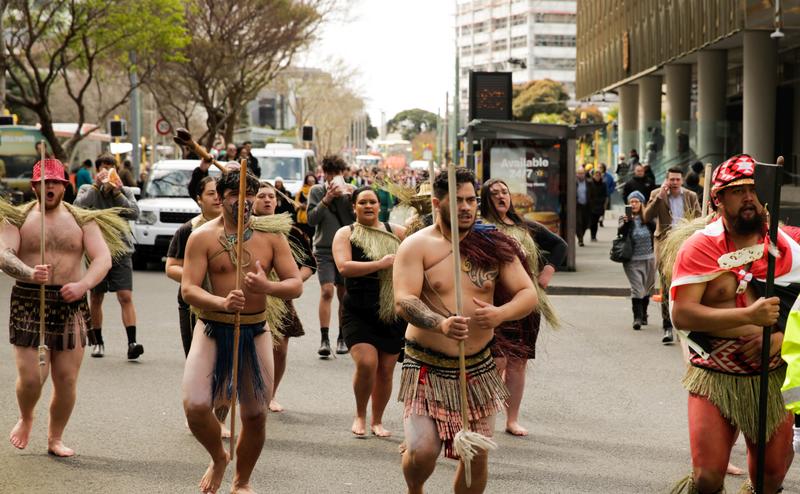 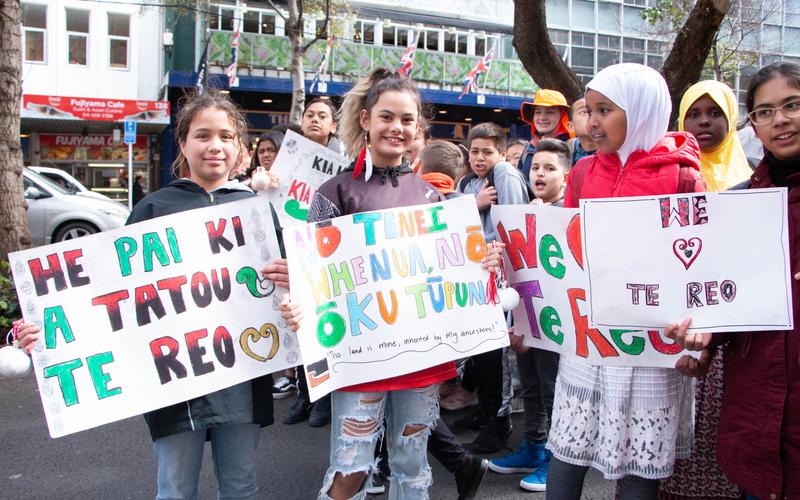 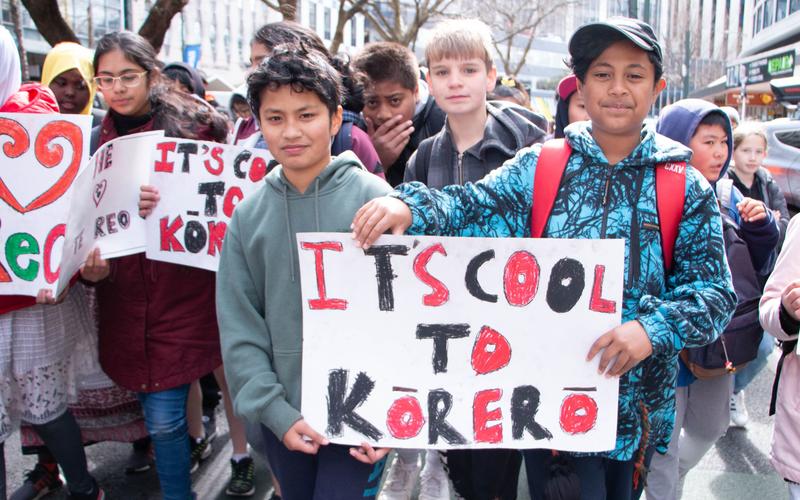 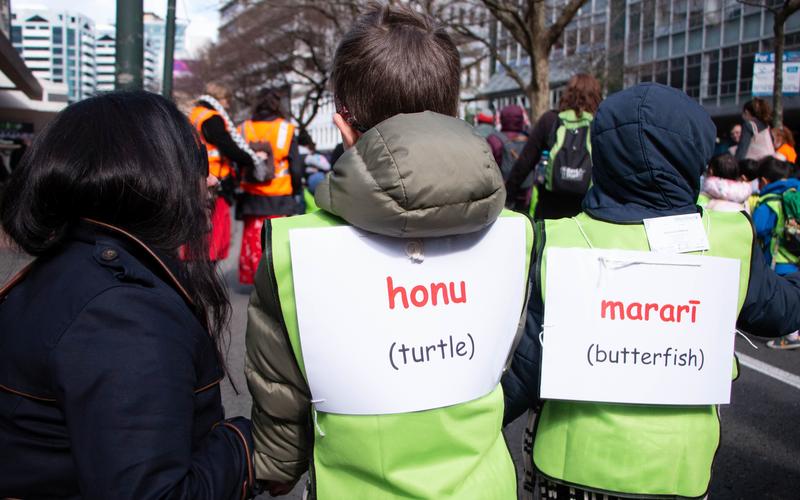 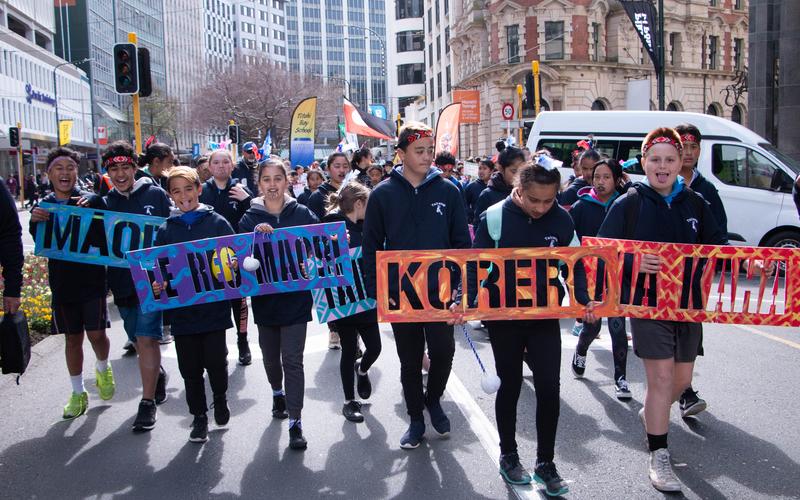 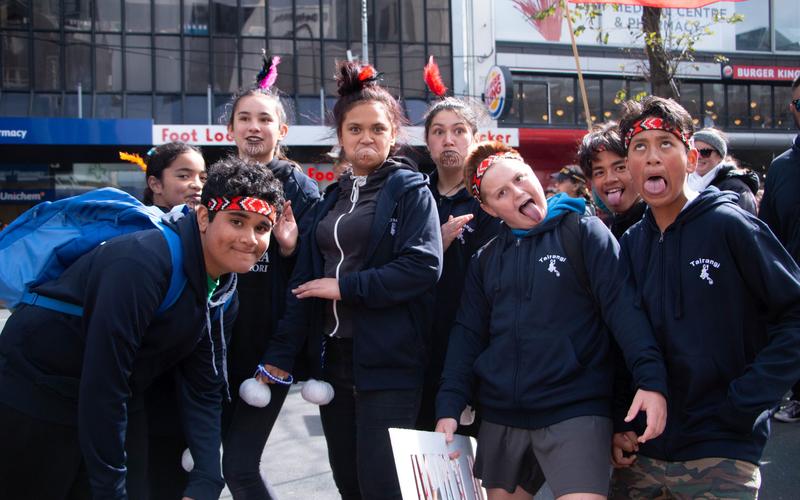 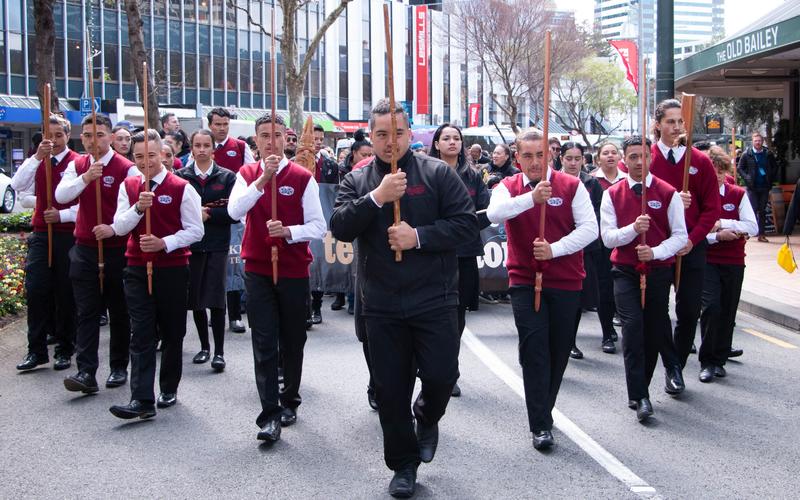 But tamariki from Tairangi School in Porirua thought te reo Māori should be spoken by all New Zealanders.

"Anybody can speak it, it's easy to learn ... It's Aotearoa's natural language. And you get to represent all the culture you get to speak."

He stood by his long-held position that te reo Māori should be compulsory in schools.

"Te reo Māori should be compulsory in primary in particular ... it's a huge part of who we are. This is Aotearoa New Zealand, we're the only place in the world that has this taonga.

"I dont think there's anything more important than learning a big part of our country's history, its culture, its language and its indigenous people. For me, it's a but of a no-brainer."

He said many young people supported that vision.

"It's tūmeke. It's great to see all the kids here, the tamariki, the rangatahi, they're here because they know this is the future of New Zealand."

Māori Language Parades will take place across Auckland later on in the week.