The Media Council has ruled that a published letter to the editor in the Gisborne Herald was gratuitously racist and has upheld a complaint. 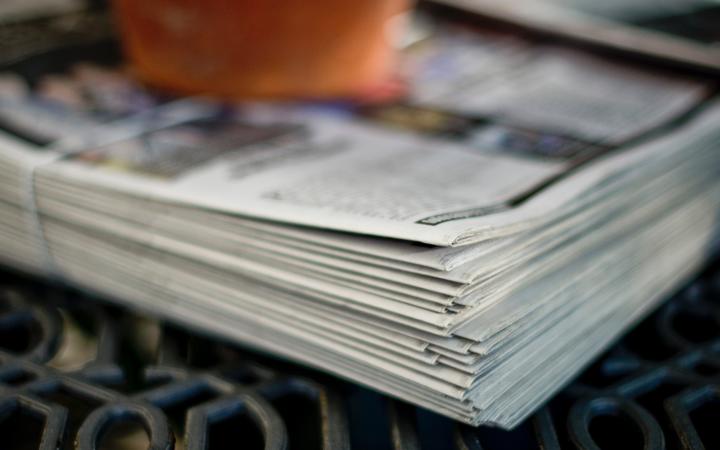 Online comments were published in the letters to the editor section in response to an article in June about a petition by the roopu, Kia Mau, against the 250th celebration of Captain Cook's first voyage.

Tina Ngata initially contacted the editor of the Gisborne Herald and asked him to retract the statements that were made or to print a statement to say that they were not letters to the editors and asked him to apologise but he refused to do that. She then decided to file the complaint to the Media Council.

She said the thrust of the complaint were that comments were misrepresented as letters to the editor, which inferred a different level of moderation.

"Usually letters to the editor are not allowed to be posted anonymously but these ones were of course posted anonymously. One of them in particular had very racist tropes to what we hear often. It inferred that we should be thankful for colonisation, that it bought us modern technology, that we would still be living in caves - racist tropes that we would be nothing without colonisation - we took exception to all of the comments but that one in particular was quite offensive," Ms Ngata said.

The Media Council found that these sorts of views were regrettably often expressed and were technically relevant to the issue of what arose from the arrival of the Endeavour.

"However, they are based on an absurd and racist premise; that the developments of the industrial revolution, which took place long after the arrival of the Endeavour, would not have been utilised by Māori, presumably because of some inherent defect on their part; that they are inferior.

"In our view, the principle of freedom of expression cannot excuse the decision of the Gisborne Herald to publish such an abusive comment in its letter to the editor section." it found.

The Media Council also found that it was wrong and gratuitous to take a racist and insulting expression of opinion from the discussion postings, and place it in a letters to the editors column. It said it was discriminating by being gratuitously racist.

Ms Ngata said she was happily surprised with the ruling.

"I think living in Aotearoa you become quite used to not having these things supported. The fact that they were printed in that manner was a good indication of systemic support that the commemorations have. So I was largely expecting that systemic support to flow through to the council and manifest in their decision.

"Certainly they [the Media Council] aligned the offence that we found in that last comment, and was happily surprised by that."

On the Gisborne Herald website, it outlines its policy: "The maximum length for letters is 350 words. Letter writers are encouraged to use their names; if you use a nom de plume there is a lower bar of acceptability. Contributors cannot sign off differently on the same issue. Letters may be edited for clarity, length or legal reasons."

In an editorial in the lead up the ruling being released, The Gisborne Herald editor, Jeremy Muir, raised the issue of allowing writers to have nom de plumes or anonymous pen names.

"Of course, when you have an editorial policy that allows noms de plume, you also allow light comment and worthy argument where they add to your opinion page on a given day.

"The comment your editor slipped up in publishing was none of these things."

Mr Muir said he disagreed with parts of the decision but supported that the comment in question shouldn't had been published.

He said he was planning to revisit the decision in an editorial this week.

*RNZ's Executive Producer Podcast & Series, Tim Watkin, was one of the members considering the complaint.