Te wiki o te reo Māori - The te reo revitalisation has made its way across the ditch, with Māori language schools popping up across Australia, including a kōhanga reo in the middle of the outback. 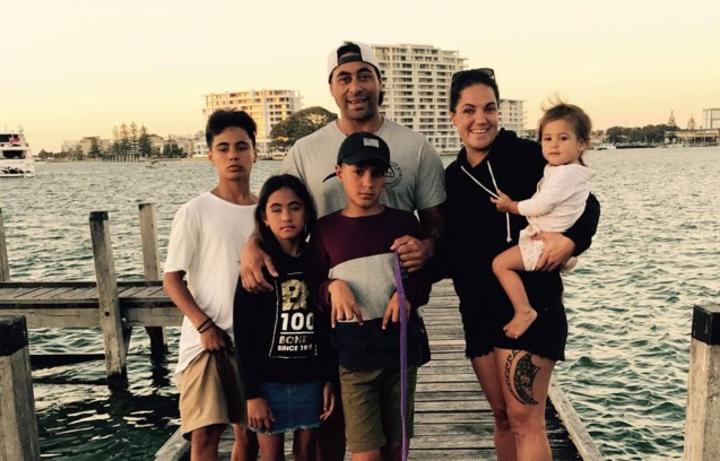 Ady Macdonald and her whānau have taught the dog to understand only te reo, which helps them to keep using the reo living in Perth. Photo: Supplied / Ady MacDonald

According to the 2018 Census, there are over 11,700 people who speak te reo in their home in Australia.

However, it isn't always easy for reo speakers living in Australia, like Ady Macdonald from Ngāti Kahungunu ki Heretaunga, to keep using the language.

Te reo Māori was all that she knew for the first 20 or so years of her life, coming up through the kōhanga reo in Flaxmere her parents set up, then kura kauapapa, and by third form, she was already doing bursary level te reo.

But having lived in Perth for the last six years, she's lost a lot of her reo, and now only uses a few short phrases.

"My whole entire whānau are all te reo - they say when you [went] to Australia you changed - yeah it's true, I've changed, I've stopped speaking te reo and you know, you don't have that sense of grounding so having any part in te reo over here is very important."

Her whānau decided that the best way to get their tamariki speaking te reo was to teach their kurī, Minaia.

"It's a rule in my house [that] you can't speak te reo tauiwi to her because she won't understand it - she doesn't know what it means, like if you say sit, she looks at you like "huh", but they also speak te reo to my dog as well, they'll tell her to e noho - all the Aussie kids - it's cool."

A 15-hour drive from Perth, in the Pilbara region, is a small mining town called Tom Price, and probably the last place you would expect a kōhanga reo. 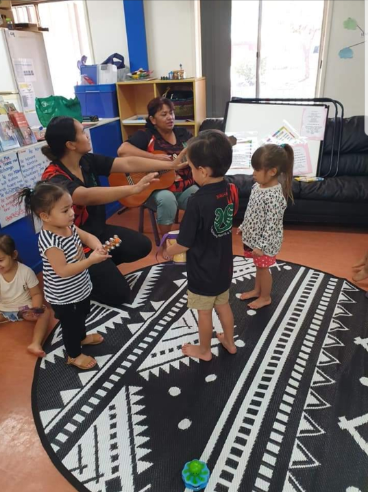 The kōhanga in Western Australia has relied soley on donations for the last 8 years. Photo: Supplied / Ani Werahiko

Ani Werahiko from Ngāi te Rangi, and Ngāti Ranginui, or Nana Ani, as the tamariki know her as, is the wahine behind the kōhanga.

"We have taken the seeds from home, Aotearoa, and we have come here seeking for jobs and a better lifestyle and we've planted our seeds from home here in Tom Price."

The kōhanga doesn't receive funding from the kōhanga trust, but rather relies off fundraising and aroha from the community, and the Nintirri centre - the local community health centre - allows them to use their building and equipment for free.

Many of the tamariki Nana Ani teaches are second-generation Australians, and kōhanga is the only time they speak te reo, or practice tikanga.

"Only kotahi te reo - Ko te reo Pākeha - so, he tikanga rerekē i konei - very different tikanga, for example, our mokopuna I see they stand up and eat their kai as they stand up walking around, we have to teach them to "e noho."

There are also plenty of adult students in Australia, with about 80 people studying te reo through Te Ataarangi in Melbourne, which is in its second year running in the city.

One of those is Rachel Kelly from Ngāti Toa Rangatira, who has been living abroad for the last 10 years.

It was a yearning for connection with her whakapapa that lead her to begin a te reo course in Frankston.

"I was just feeling sort of disconnected from home and the more roots I put down in Melbourne the more I realised that I needed to make some changes in my lifestyle to get that connection and identity and that culture [and] bring that back into my life."

She also realised that if she didn't learn the reo, her tamariki would never know it.

"That responsibility will essentially fall on my shoulders and it's one that I rise to the challenge to do but I just realised I needed to seek out opportunities to learn te reo."

Ms Kelly will be able to put her reo to the test at the Te Ataarangi annual Hui-a-Tau, which this year will be hosted in Melbourne, with over 300 people expected to attend.