Breastfeeding rates among Māori mothers are lower than any other group, according to a recent report, with suggestions a need to return to work is to blame. 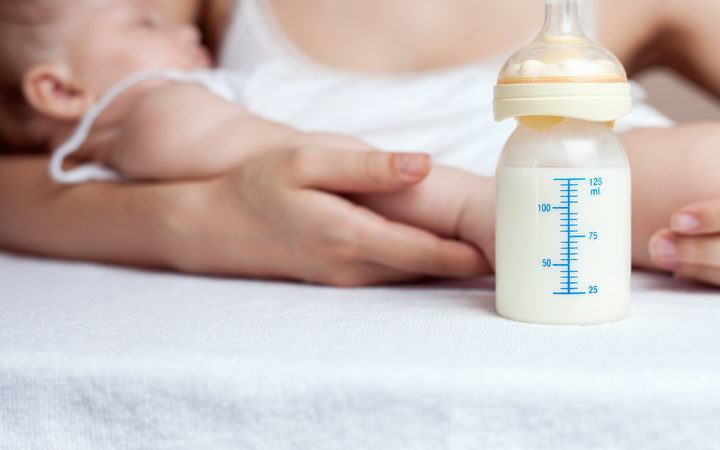 Some mothers told RNZ they did not have enough time to breastfeed. Photo: 123RF

Mother-of-four Ellanor Maihi-Rupapera breastfed her first three children, but was distraught to find out her youngest would not latch on.

She said the pressure of work and study did not allow time for her to keep trying.

"I was studying ... and I was working part-time in youth justice, so there were all these things that needed my time."

Maternal health researcher Brenda Gordon, who has worked with the University of Auckland, said being time-poor was a reality faced by many Māori mothers.

"Often Māori mamas, there's quite a few that are solo parents, so they have to return to work within months or within a month of baby being born.

"And often in [the] post-natal period they might not have that support - their families, parents, mothers or aunties may be working as well."

She said a larger proportion of Māori lived in deprivation or poverty, which meant they could simply not afford to stay home.

"Honestly, it's not a living wage, the benefit, it's really not. Families are struggling just to feed themselves or pay their rent."

And the Ministry of Health's latest report on maternity, released last month, found the proportion of babies who received breast milk in 2015 was lowest for Māori.

Three quarters - 76 percent - of Māori babies were being exclusively breastfed at two weeks after birth, a smaller percentage than those of European (81.9 percent), Indian (98 percent) and Asian (97.4 percent) groups

Whakaaria Rimene's 10-month-old child was born seven weeks premature. This meant her baby could not latch on, and had to be fed through a tube for the first few weeks of her life.

Ms Rimene said she would have loved to have breastfed her baby and mothers should if they could.

"I always encourage mums to because I heard that babies need nutrition out of their mother's breast milk.

"I know a few mums that chose not to do it from the start, but it helps with the child's development."

Awhina Hook, who has two children, said some Māori mothers wanted to breastfeed but could not bear the pain. She had young friends with babies who chose not to breastfeed for other reasons, she said.

"I think everyone's different, but I think that it needs to be encouraged more.

"A lot of people that I know don't like to breastfeed because of what other people think of them when they breastfeed in public. They shouldn't care what people think - you are feeding your kid."

Ms Gordon agreed time and money constraints were not the only barriers for young Māori mothers.

"Having seen so many different services, often that information isn't specific enough, so they can get confused."

In a statement, Plunket said the health benefits of breastfeeding were significant and improved children's health.