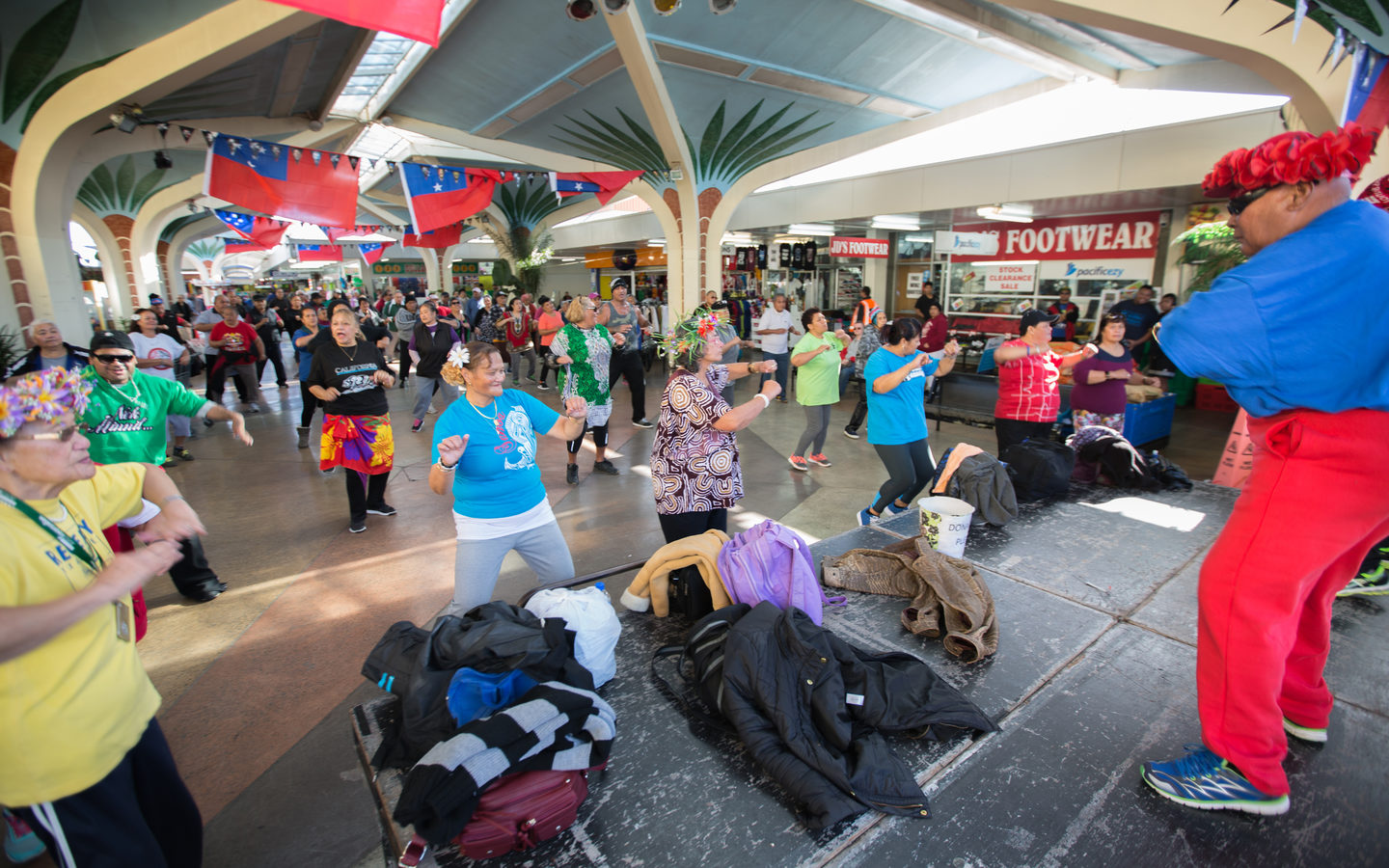 It’s midday in Mangere, and as soon as the DJ drops a track, it's all on.

Every day for the past five years, about 100 people have showed up to a Zumba class at the town centre shopping mall.

When Isitolo Lemoe first showed up to the class three years ago, he was in a wheelchair.

After multiple knee operations, doctors told him he would still have trouble walking without regular exercise. 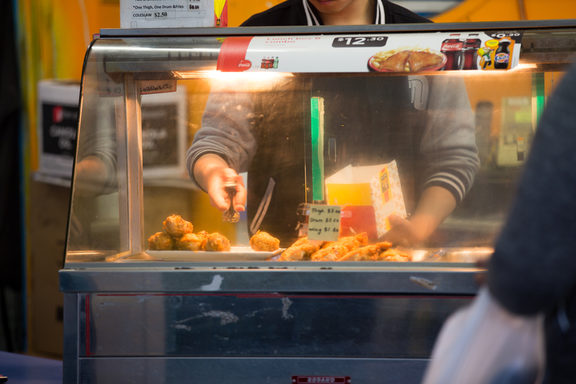 But while many locals are hoping to get fit and lose weight, in this town it's a battle against the odds. Next door to the town centre is a fast food takeaway shop, a bakery and a couple of liquor stores. Walk across the road and you'll see a McDonalds, a KFC and a Carl's Junior.

With the largest Pacific population in New Zealand residing in the Mangere-Ōtāhuhu local board area, the suburb's struggles provide a window on Pasifika health challenges nationwide.

Despite various government initiatives over the last decade, the number of obese Pacific adults has risen to nearly 70 percent - double the rate of the general population.

A report looking into Pasifika health after the last census in 2013 indicated the government's response to the health needs of Pacific peoples has been inadequate.

One in 10 Pacific adults has been diagnosed with diabetes, more than three times the rate of non-Pacific adults - a level that hasn't budged over the last decade.

Kalolaine Kaufusi, who organises the Zumba class, also runs a monthly nutrition and cooking class in the town centre aimed at tackling obesity and diabetes in the community.

But her healthier style of cooking hasn't always gone down well with locals.

“They told me, 'You just take away the flavour.'

"And I said, 'Yeah ... the fat, it's nice and salty, but when you finish eating, you just sit around, watch TV and do nothing... This is how the fat and the starch grow and this is how you get diabetes.”

Christina Nabong is on a personal mission to prove the statistics wrong.

At 135kg, she was at her heaviest after having her second child seven years ago. Classed as obese, she decided to sign up to FitLife, a free fitness programme in South Auckland, and hasn't looked back.

"My partner and I both started off at a big weight. We're both doing well so far and we want to be good examples for our kids [because] obesity is major in South Auckland."

It wasn't easy in the beginning, she says.

"I found it hard to do simple things like just running down the driveway and back at my weight. 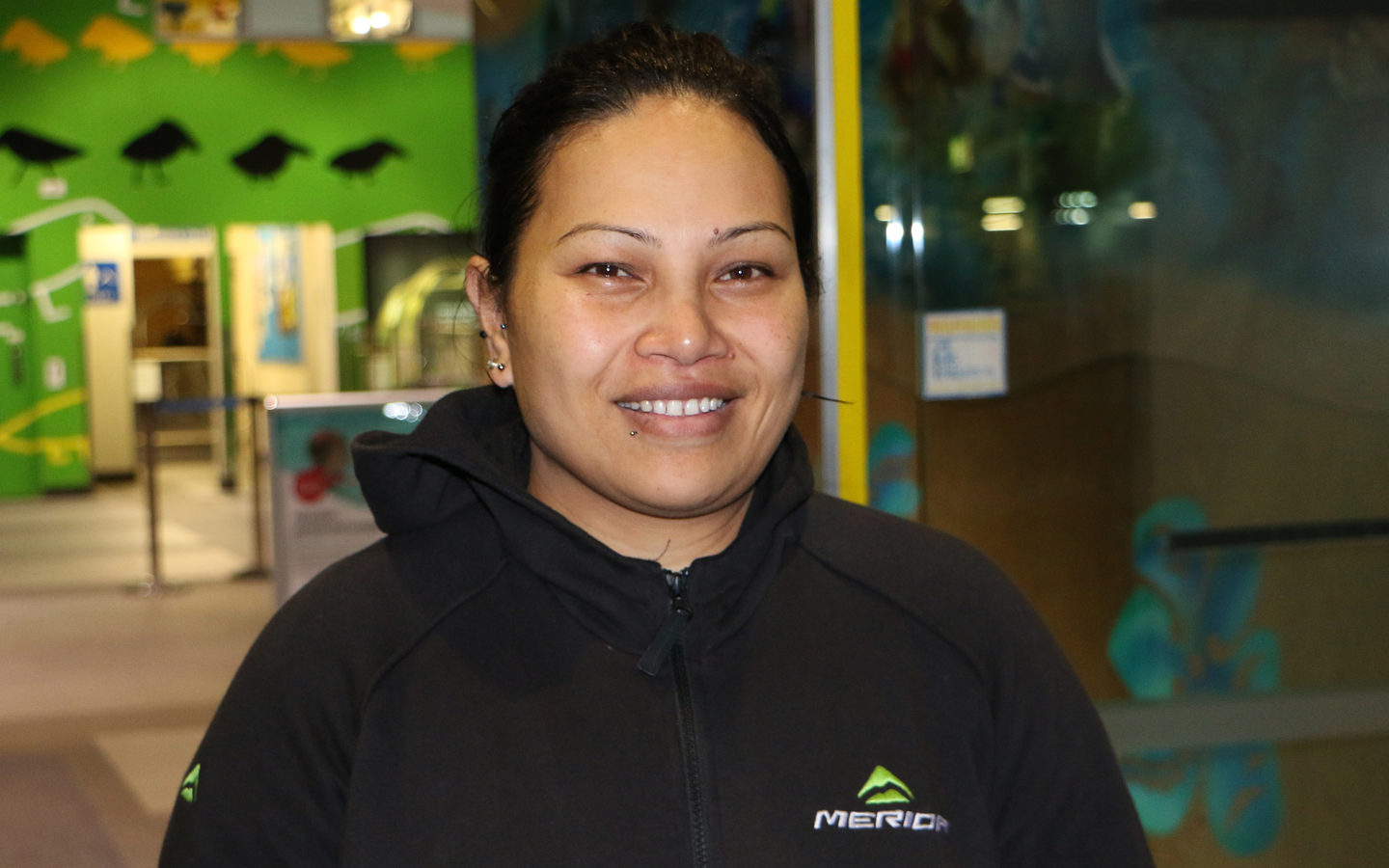 "And then I thought 'I can't just leave it, I don't want to be this size for the rest of my life'. So I gave [FitLife] a go and kept coming back."

She works out six days a week and, apart from her cheat day on Sunday, follows a strict diet.

"I'm down to chicken breast and broccoli so that will be my lunch and dinner. I've got snacks in between so I usually have vegetables like carrots, celery [or] eggs."

FitLife was started by John and Fiona Mann in Mangere in 2010, expanding later to Ōtara.

"What we want to do is get our community moving again in terms of physical activity and preach the good health and nutrition message as well," Mr Mann says.

But the same year FitLife began, the National-led government dropped reducing obesity from its health targets, instead making it an outcome of another target to improve diabetes and cardiovascular services.

And one of the first things it did when elected in 2008 was to scrap a guideline requiring schools to sell only healthy food, allowing pies, chips and sugary drinks back into the schoolyard.

Since then, the number of obese adults in New Zealand has ballooned from one in four to one in three.

A 2016 Health Ministry report, based on global research, shows higher than optimal body mass index might now account for as much as 9.2 percent of all health lost.

But for the 80 people - including Ms Nabong - who filled a basketball court at an Auckland Council leisure centre in Mangere last week, statistics are numbers they're wanting to smash.

"I can do a 2km run without stopping," Ms Nabong says.

"I know how to portion my food. My lunches are packed for the week and my snacks. I know what to eat, what not to eat."

While it might be losing the war on weight, the government has had some success in reducing rates of smoking, which accounts for 8.7 percent of health lost.

A decade ago, 20 percent of the total adult population smoked. That figure has dropped to about 16 percent for the total population.

Reducing the burden of death and disease caused by smoking has been a goal for the current government - pushed by the Māori Party through its confidence and supply agreements over the last nine years.

Back in 2011, the government adopted the lofty target of making New Zealand smoke-free by 2025.

Despite the improvements so far, there's still a long way to go. In order to stay on target, current rates would need to nearly halve by next year - down to 10 percent for the general population and 20 percent for Māori.

The government's strategy has focused on three things: protecting children from exposure to tobacco marketing and promotion; reducing the supply of, and demand for tobacco; and providing the best possible support for quitting.

Providing better help for smokers to quit has been a measurable target for district health boards.

But one of the biggest changes has been the long path to introducing plain packaging for cigarettes.

It was first proposed in 2012, and will finally become a reality next year - after legal action taken by tobacco companies in Australia delayed legislation.

Tax on tobacco has also been increasing by 10 percent each year since 2011, meaning that by 2020, a standard pack of 20 cigarettes will cost around $32.

Despite the anti-smoking focus, Aucklander Michael Etzine is among those struggling to quit, although he has cut down.

"I used to smoke about a pack a day, I'm smoking much less than that now, probably down to about five or so," he says.

"There was a brief period I quit smoking for about six months, and another period three months, but you fall back into the habit." 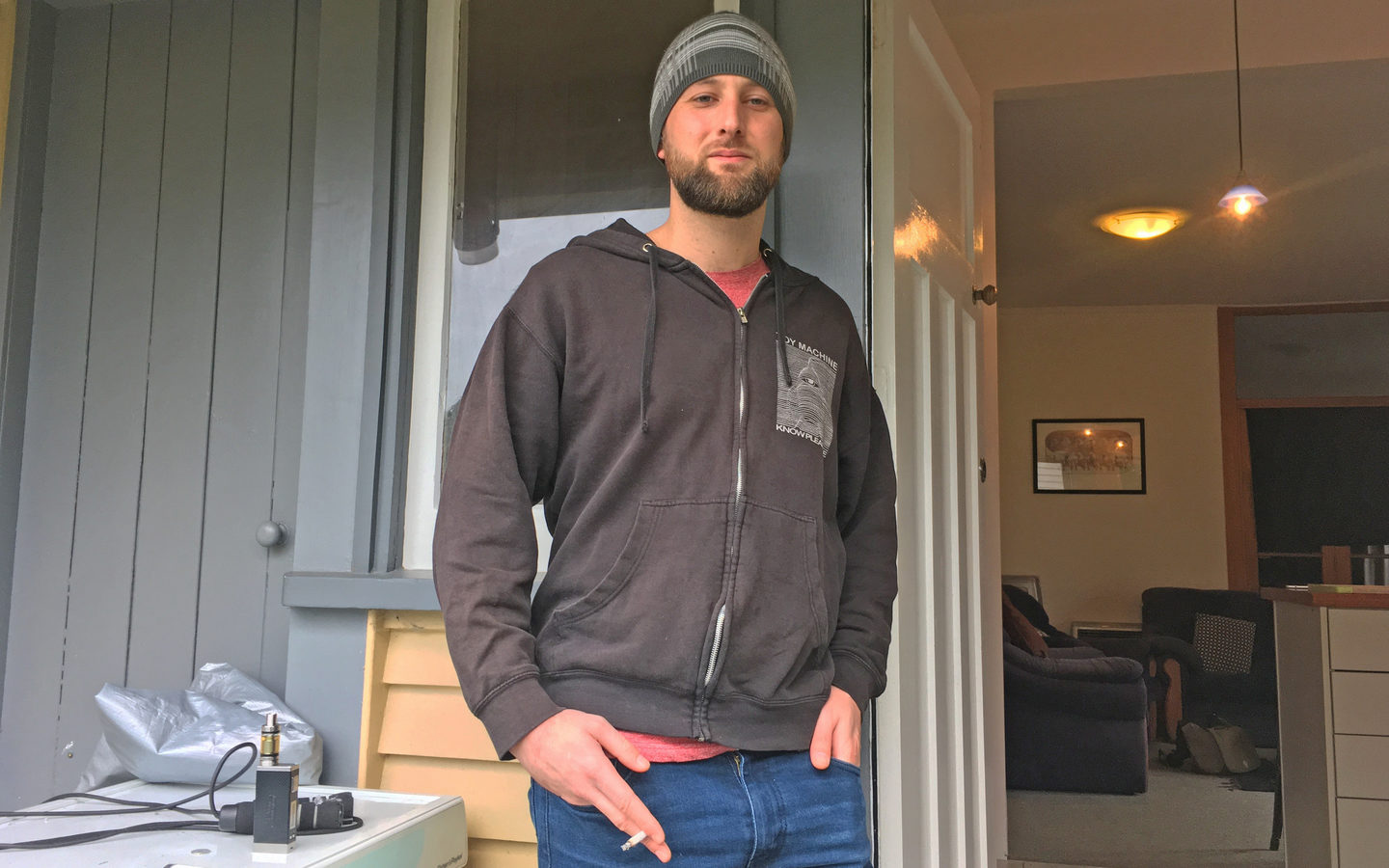 Michael Etzine has struggled to give up smoking despite large hikes in the price of tobacco. Photo: RNZ / Sarah Robson

He's tried patches and gum - both of which are subsidised - but neither have worked for him.

While price hikes and plain packaging might deter younger people from starting smoking in the first place, Mr Etzine doesn't think those measures will have much impact on older smokers.

"The support that's out there isn't really out there for long-term smokers. The price hike is not really a tool that's going to stop people quitting smoking."

He does want to give up, for health reasons.

"I used to play a lot of sport... Smoking didn't slow me down much when I was younger, but as you get older, obviously the effects get way more noticeable."