Brighter Future? The boom, the bust and the rustbelt 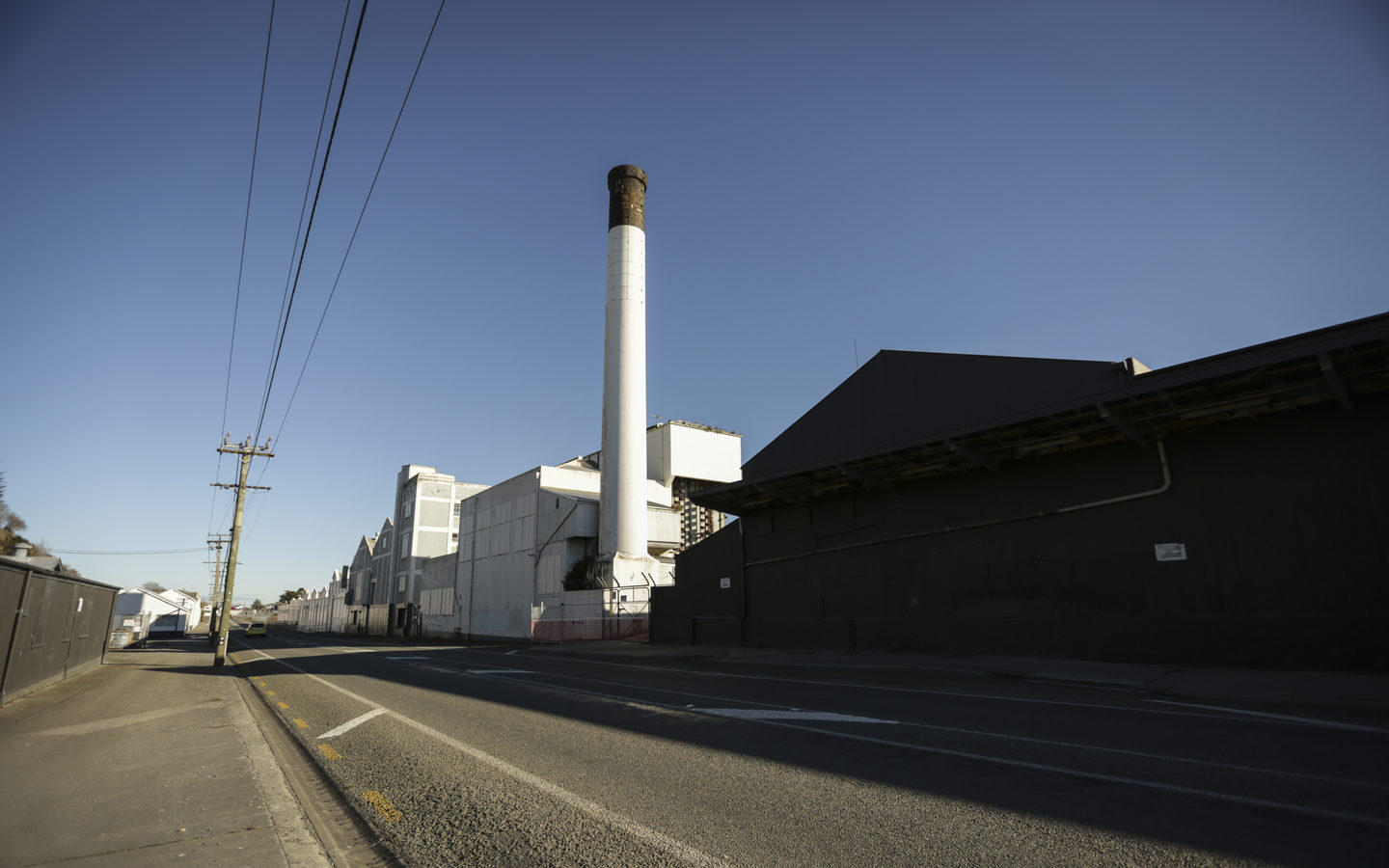 Has it been boom or bust for the regions over the last nine years? RNZ's journalists report.

The former country manager for an international drilling company says immediately before the global financial crisis in 2008, the oil price spiked at an incredible $US160 a barrel.

A sustained period about $US120 a barrel followed, and firms were falling over themselves to seek out new resources, Mr Reo says.

"You could only describe it as a boom. 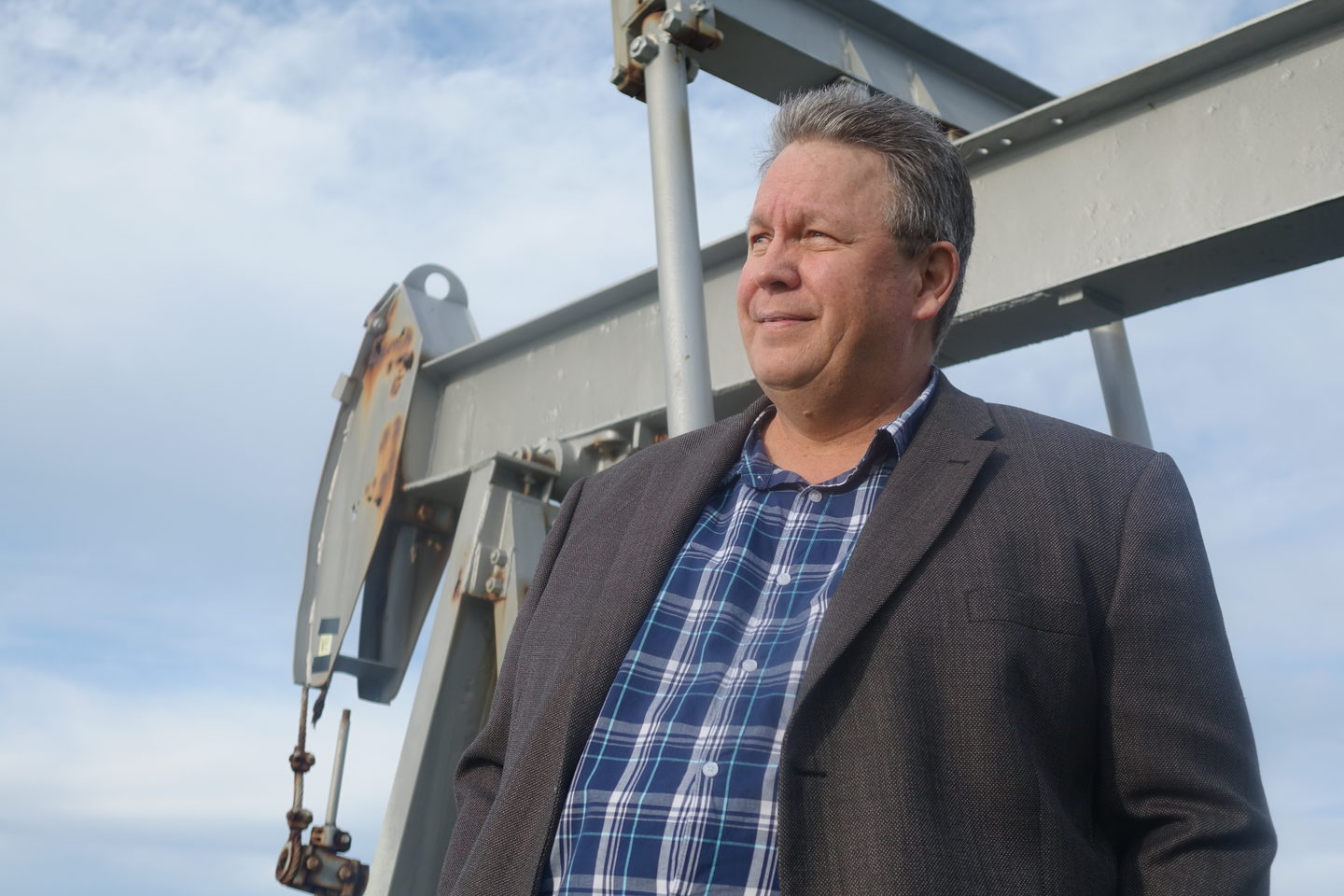 "Over the decades Taranaki has gone through fits and starts, but definitely from 2008 until mid-2014 the industry was really humming and there was a lot going on. It was really a heyday, looking back."

The oil industry activity prompted the region's gross domestic product per capita to spike by 43 percent in 2008 to $77,000 - the highest in the country.

Per capita, Taranaki's GDP is still the highest in New Zealand, currently sitting at $71,000 - but last year it declined by 8.5 percent.

Oil is now fetching between $US40 and $US50 a barrel and Mr Reo says the industry seems to be battening down the hatches.

"It's almost at a standstill.

"I believe oil companies are doing the absolute minimum that they have to [to] keep their leases and honour their contracts of supply."

Through its annual petroleum exploration block offer, the government has continued to chase its goal of growing the value of petroleum exports from $3 billion to $30bn by 2025.

This year, 481,735 square kilometres were made available for exploration, covering eight areas.

At its peak, the oil and gas sector employed up to 7000 people in high-paying jobs in Taranaki, but that has since reduced by about a third.

Local councils are now leveraging off travel bible Lonely Planet's recent endorsement of Taranaki and looking to tourism to fill the void left by declining oil and gas activity.

Mr Reo has bad news for people waiting for the oil boom times to return.

"People who've run out of work in the oil and gas industry are looking at a shaky future.

"They really need to seriously commit to retraining into some other skill set - some other industry perhaps."

It's been tough going on the region's farms, too.

Pihama dairy farmer Jacques Le Prou was merging two farms in 2015 and had just invested $1.5 million when the bottom fell out of the market and the dairy payout halved, going from a record $8 to little more than $4.

"That included Sky TV and it included things the cows probably did need but we couldn't afford to pay for." 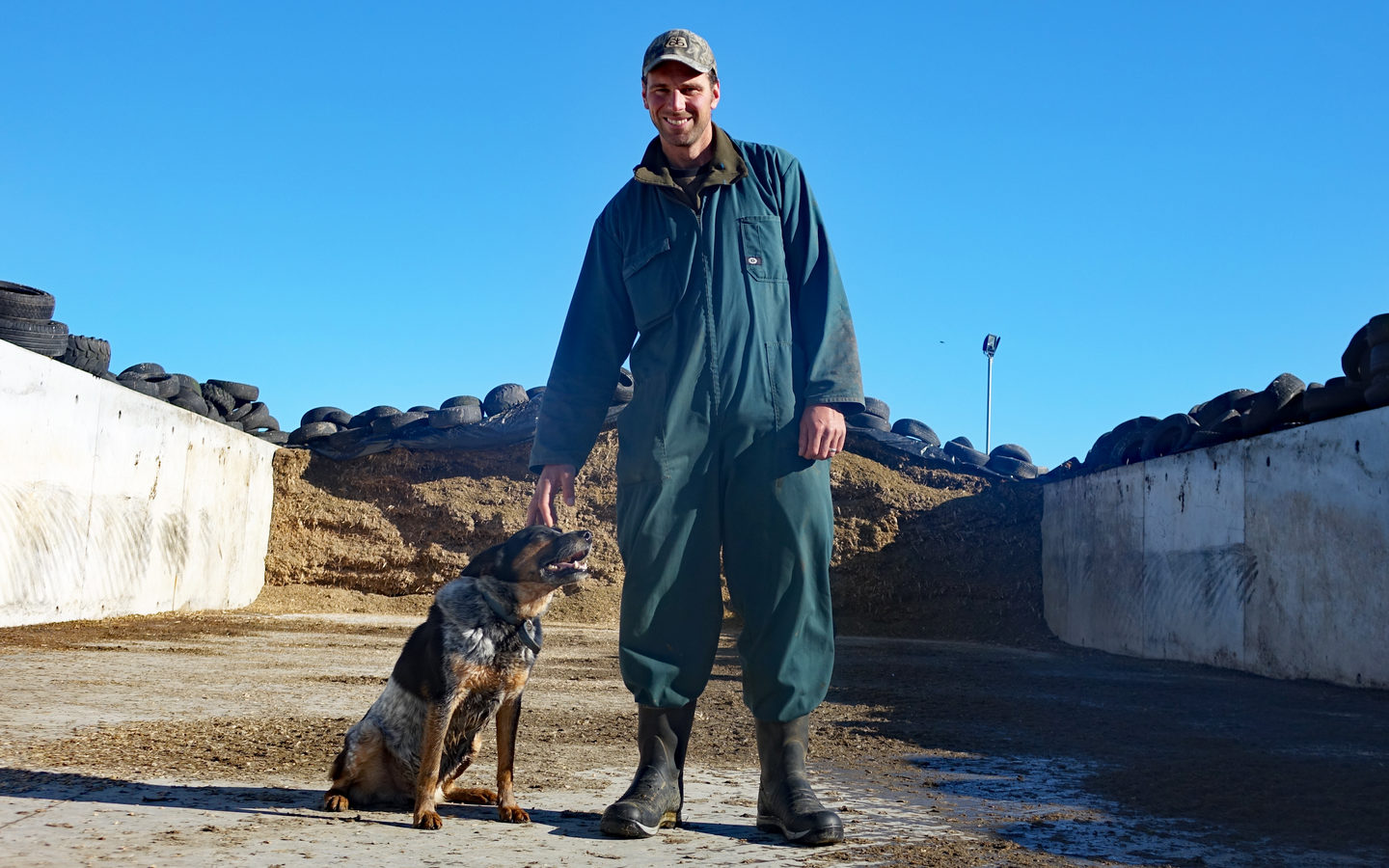 The dairy payout has since improved and Mr Le Prou has been able to loosen the purse strings again.

"We're not going the whole hog - we're just doing a few things that we really needed to do.

"We've built a bridge so it takes the cows 20 minutes to get down to the back paddock now, rather than two hours."

Despite the peaks and troughs of the payout, North Canterbury farmer James McCone says the massive shift to dairy in the region has been positive for his area.

Mr McCone runs a 370-head herd in the Amuri basin, near Culverden, one of an increasing number of irrigated dairy farms in a region once primarily focused on sheep.

"The amount of revenue that dairy farming has brought in and the amount of jobs created and the number of families that can be supported has been hugely significant," Mr McCone says.

"The school's grown substantially; all the local businesses have grown and the cafes in town." 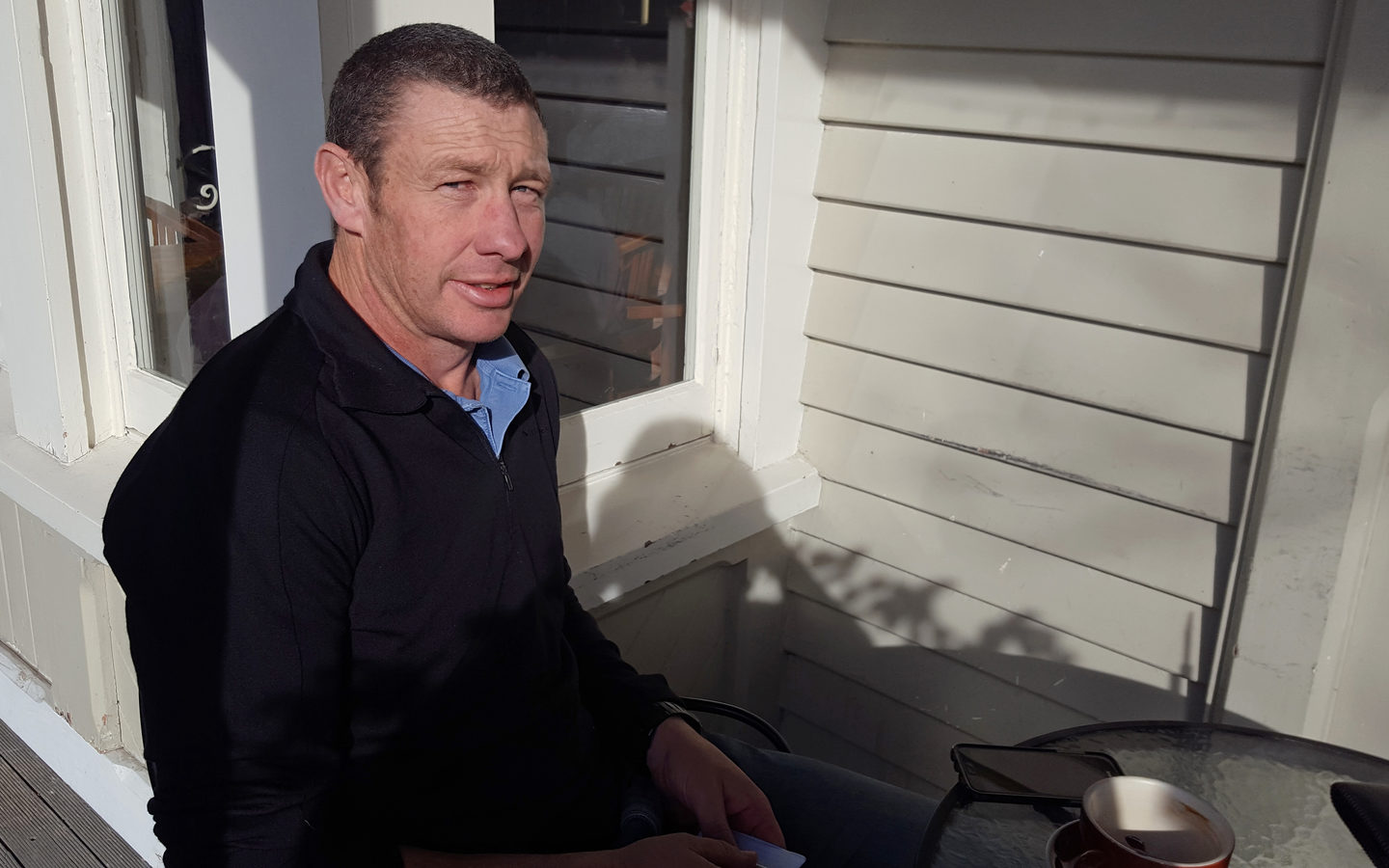 It's been the hard work of local people, not government policies, that has created that prosperity, he says.

One issue the government could pay more attention to is the Resource Management Act, Mr McCone says.

The Hurunui Water Project, which the government has contributed $3m towards - out of a predicted $200m total cost - has taken 16 years to get consents.

"The time and capital burnt by the local community getting through resource consent processes was hugely significant and certainly in my mind outweighed the benefits that have come from the government grant," Mr McCone says.

'Everyone makes promises and not many deliver'

A sense of neglect is strongest in what could be characterised as 'rustbelt' New Zealand - towns hit hard by the decline of local manufacturing, where people say they are disillusioned with politics and the two major parties.

Mataura, in Southland, lost its paper mill in 2000. The town's only other big employer, an Alliance meat processing plant, partially closed in 2012. 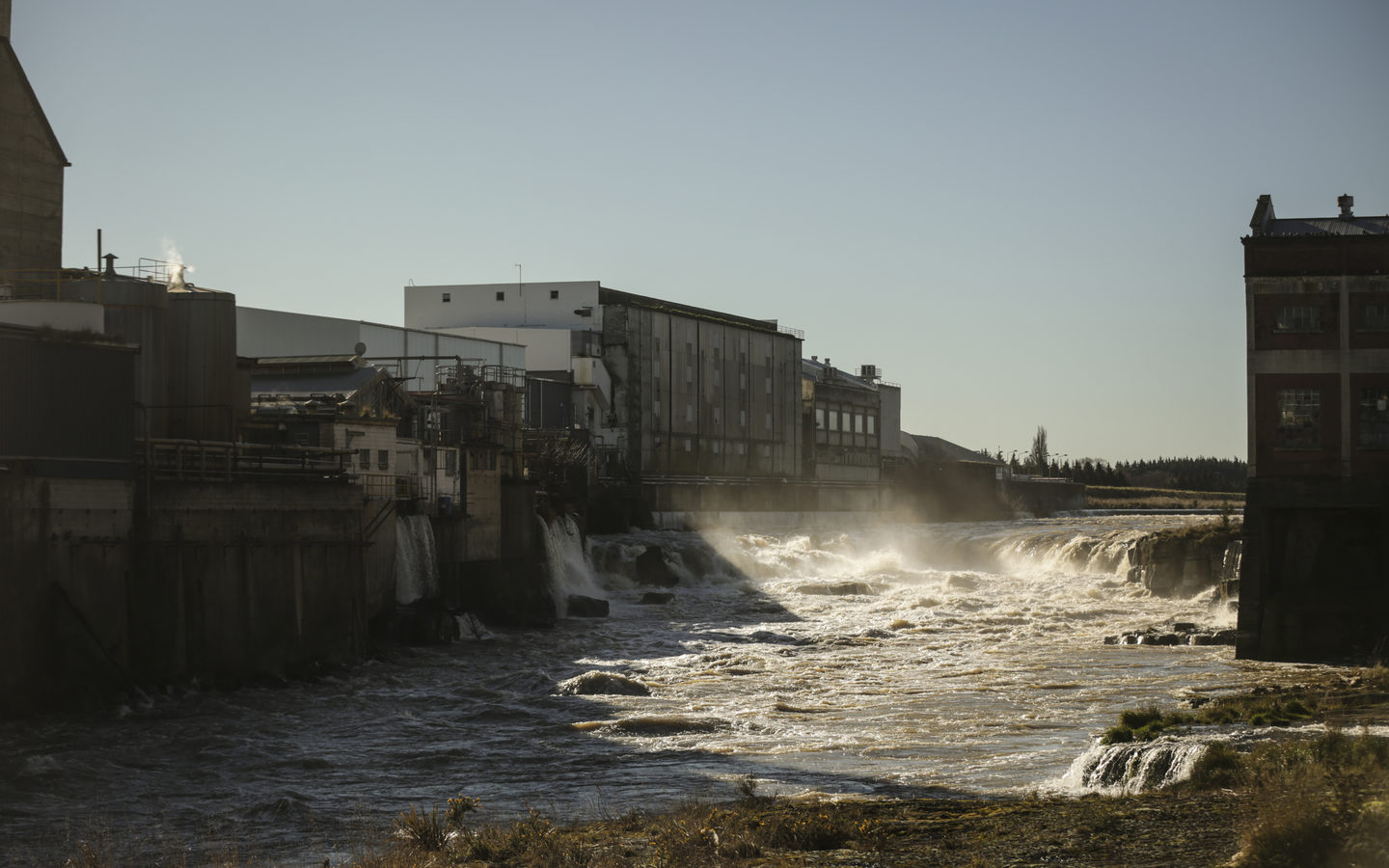 Mataura scores nine out of 10 on the official deprivation index, its population is shrinking and government initiatives have barely touched it.

Mary Noa has just retired from the meat works and now volunteers at the town's op shop.

She's trying not to think about the upcoming election, because she has no idea who to vote for this time round. MPs do not understand local issues, such as the imminent closure of the town's swimming pool, she says.

"I've never had anyone visit and I've been here six years.

"If they came and visited more often and actually looked around the town, they might realise we do need other things."

"Everyone makes promises and not many deliver," he says. "We need more industry and fewer MPs. There's too many people clipping the ticket."

Mataura is not the only small town suffering, he says.

"You go right through rural New Zealand and show me anywhere that is booming. Most of them are struggling, it's centralisation."

Despite Ms Noa's and Mr Duffy's frustrations, there are few signs of the intense anger and bitterness seen in the United States last year, which proved so decisive in sweeping Donald Trump into the White House.

The main beneficiary of the swing against National and Labour in areas like Mataura appears to be Winston Peters, whose name comes up time and again.

Mataura florist Lisa King worries about teachers' pay and the welfare system and had been planning to vote for the Greens, but has been turned off by their pro-immigration stance. For the first time, she's thinking about voting for New Zealand First.

"I'd never thought I would say it, but to me, Winston Peters is the one." 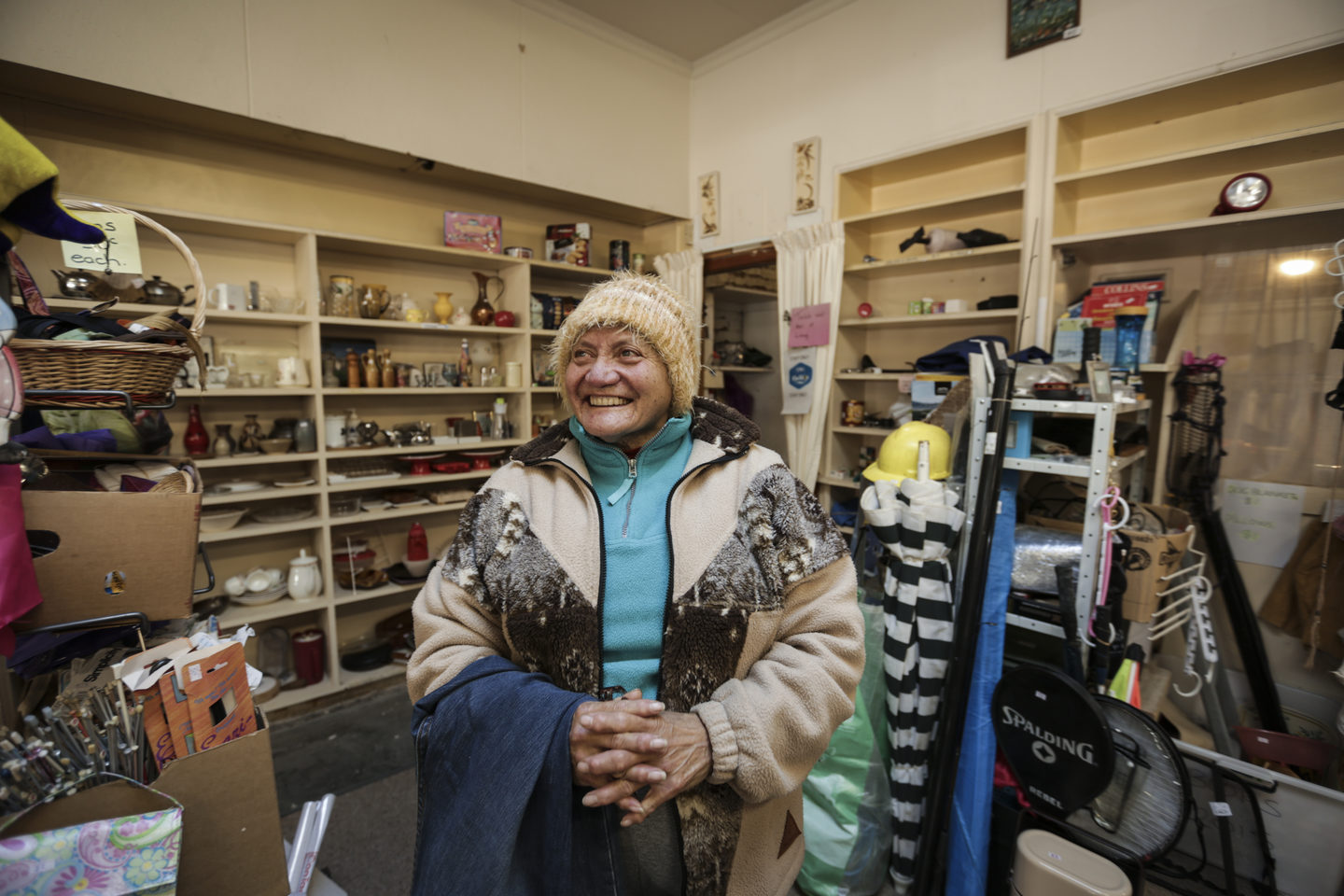 Over on the West Coast - birthplace of the Labour Party - former miner turned tourism operator Mickey Ryan says the region has lost its working-class mojo.

"My parents - if you'd put a red scarf on a labrador dog they'd vote for it, you know. That's how staunch Labour they were."

Not any more, he says.

"When you left school you went to the mines because it was big money and your ambition was to get on the coal shoveling it.

"I suppose when you look at it now it's laughable, but that's where the big money was."

The downturn in coal mining has seen hundreds of jobs vanish on the West Coast, and an exodus of people.

A lot is linked to the performance of state-owned enterprise Solid Energy – New Zealand’s largest coal mining company, which mined extensively in the region.

It went into voluntary administration in August 2015, on the back of declining revenue when global prices dropped, and dwindling demand for the product in New Zealand.

In October last year the company's assets were sold to three separate buyers, by which time the number of employees at the Stockton Mine alone had dwindled from 1100 to 225 in just four years.

The end of cement production in Westport last year robbed the area of another 100 jobs, and house prices in the Buller district dropped 10 percent in a year.

In June 2016, Buller district mayor Garry Howard said 600 jobs and $50m in annual wages had been slashed from the district's economy in just two years.

But just last week, a bright spot loomed on the horizon, when the government announced a plan to pump millions of dollars into the West Coast in an effort to move its economy away from coal mining. 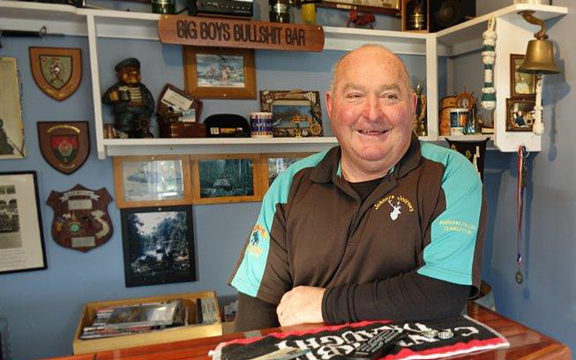 The $37m plan includes increasing tourism, making it easier to invest and do business in the region, and supporting economic diversification.

And something new is stirring on the Coast.

Down the road from Mickey Ryan's home is a modern innovation hub, Epic Westport, where teams of tech wizards are busy working for global firms like Disney and Sony.

Epic Westport co-founder and chief executive Natasha Barnes Dellaca is part of what she says is an avant garde move to small towns.

"I'm passionate about environmental issues as well and so building an economy on cleaner technologies and creating job opportunities in rural centres ... really appealed to me."

More than 870,000 people visit Punakaiki every year, which presents a huge opportunity for the businesses of Westport and the surrounding area, Ms Barnes Dellaca says.

Statistics New Zealand forecasts that 60 percent of all population growth over the next 20 years will occur there - an extra 800,000 people.

In the same period, Westport is expected to shrink by 2400 people - a population bust to feed the urban centres' boom.