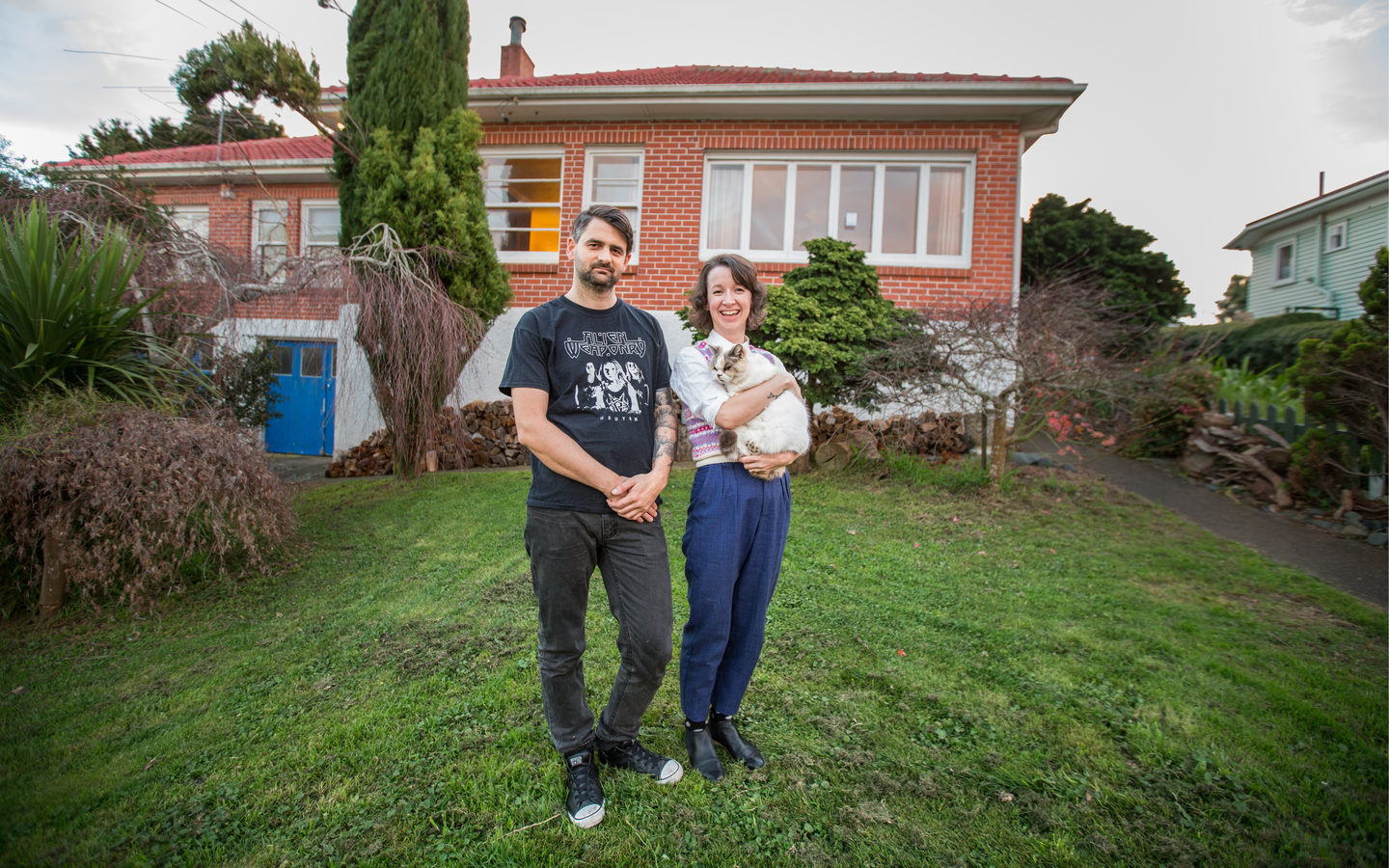 Those who made it onto Auckland's property ladder in the nick of time have reaped the benefits since 2008. But has anything improved for the growing number of long-term renters?

Gareth Shute remembers the day he sat in a downtown Auckland auction room and watched, “completely flabbergasted”, as his first home sold for nearly double what he paid for it.

He and his wife, Mieko Edwards, had bought the two-bedroom Mount Albert unit at the end of 2008 - just after National was elected to government, and just before the city’s house prices started going up, and up, and up.

“I thought the situation was crazy, but it was even crazier than I thought.”

The next year, it happened again. Their second house - which they had bought in Avondale in 2012, leveraging off the Mt Albert unit - sold for $250,000 more than they had paid for it.

Now living with their four-year-old son in a wooden bungalow in Mount Eden, the couple have found themselves among the accidental beneficiaries of a market that has barely paused for breath on its way to an average selling price, as of last month, of $1.044 million. 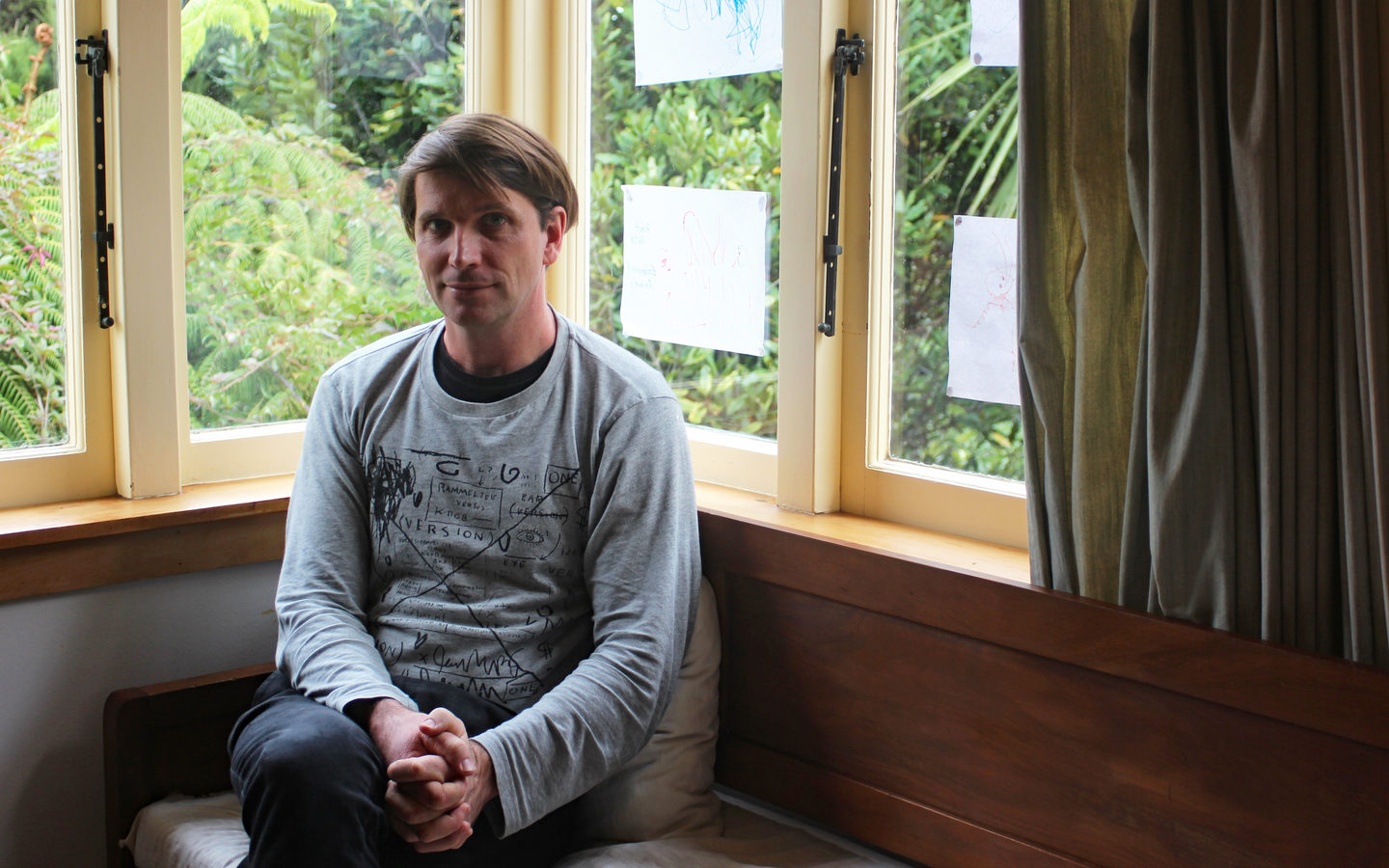 Gareth is well aware of just how fortunate their timing was.

“Our mortgage wasn’t much more than our rent and it gave us a certain control of our destiny,” he says.

The average cost of a house in the Auckland region has increased by 110 percent - or more than doubled - since December 2008, when Gareth and Mieko bought that Mount Albert unit.

The increase in the national average during that time was 67 percent - still a sharp rise.

But the increasing unaffordability of Auckland’s market is at its starkest when you set the rise in house prices against wage increases in the region since 2008.

The average weekly take-home pay has gone up by 23 percent, which doesn’t sound bad on its own - but house prices have increased at nearly five times the pace.

At the same time as Gareth and Mieko were buying their first home, Kirby-Jane Hallum, then a student, and Ben Hutchison, a new graduate, had just moved to Auckland.

With no savings to buy a house at the time, they rented - cycling through five flats in nine years.

“We lived in heritage buildings [and] some of them were so low to the ground that you actually couldn’t put underfloor insulation [in],” Ms Hallum says.

“We caught 26 mice in five years in another flat.”

They both found professional jobs, but house prices had already spiralled beyond what they could save for. 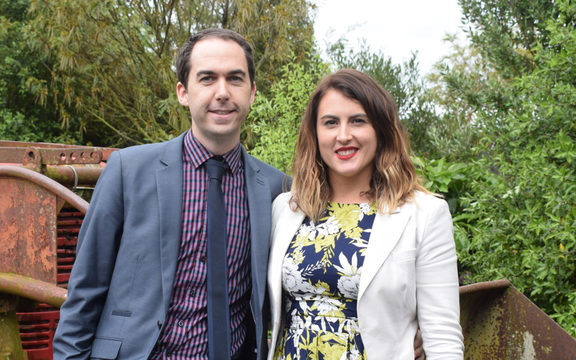 After years of renting in Auckland, Ben Hutchison and Kirby-Jane Hallum have moved to Dunedin to buy a house. Photo: Supplied

Over the years, the feeling their lives were on hold as long as they were renting grew, Kirby says.

“We got married in 2013, but definitely conversations about children have been put off.

“We felt like we were just treading water in Auckland while we were not able to have a dog and all those kinds of things we would’ve had a lot quicker [somewhere else].”

Just a few weeks ago, a job offer in Dunedin allowed the couple to finally turn their backs on Auckland and the rental market.

The respective stories of Gareth and Mieko, and Kirby and Ben - both couples with good jobs - reveal the differing fortunes of those who were able to get a toehold on Auckland’s property ladder and those who didn’t quite get there in time.

“The people with money in that market get further and further ahead and it gets more and more impossible,” Gareth says.

The number of people renting has grown, both in Auckland and around the country.

Tenancy Services holds about 390,000 bonds for rental properties, a third more than it did in 2008 - though that’s part of a trend that pre-dates the current government by at least a decade.

Auckland high school teacher David Flyger, 34, is among the growing number of people still renting into their 30s and 40s.

He’s had to move seven times in his decade of living in Auckland, including two or three times when the landlord has decided to sell the house.

“As you get older you get a bit more discerning but there were some shockers… They’ve all been really cold, I can say that much.”

His current landlord is the best one he’s had and has a plan to renovate the house bit by bit each year.

But the house is still damp and cold, despite recently-installed ceiling insulation.

“I’ve been about four weeks' sick and it’s the longest I’ve been sick for a while,” David says.

As a teenager, he never envisaged this particular future.

“I don’t want to sound like an egg, but when you’ve got a proper job, you’ve been working as a teacher for eight years and you’re still battling to stay warm, it’s a bit depressing when you’re in your 30s.” 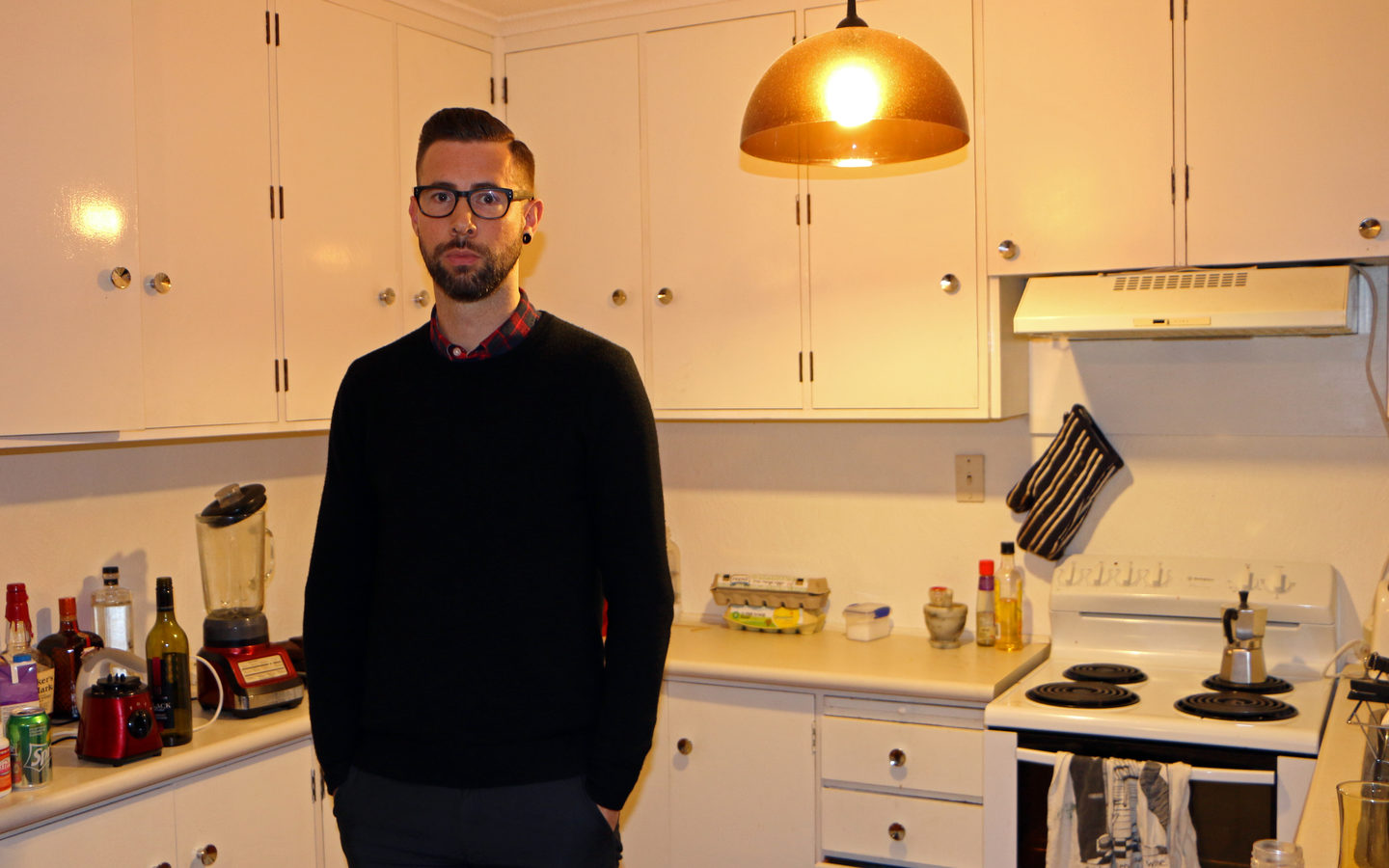 Home is where the heat is

In Wellington, tenants are now reporting rising rents - which nudged above the national average for the first time in May - as house prices soar there too.

As the number of people facing a lifetime of renting has grown, so too have calls to improve the quality of rental properties.

The government has resisted pressure from tenant advocacy groups for a rental warrant of fitness, saying compliance costs would make it unfeasible.

However, in 2015 it did announce that all rental properties would need to have smoke alarms and both ceiling and underfloor insulation installed by July 2019, or landlords would face a $4000 fine. It estimated then that there were still 180,000 such houses that could be insulated, but hadn't been.

Officials estimated the benefits of such a policy would be close to $1 billion over 20 years - about $422m of that in saved costs to the health system.

Stu Harwood and Jenna Todd have rented a brick-and-tile house in Mount Roskill in Auckland for the last three years.

The first winter they spent in the house was so cold, they took to sleeping next to the fire in the living room, Stu says.

“When the government announced it was going to put in mandatory insulation requirements, that day I emailed the landlord and said, ‘Look it’s really cold in the flat and you’re going to need to insulate this place eventually - can you please insulate it really soon because we’re freezing.’”

It was a pleasant surprise when his landlord turned up to insulate the ceiling that week, he says. Underfloor insulation came the following year.

“It’s still a cold house … but it definitely does hold the heat in a lot better.

“We still have to run a heater all night in the bedroom [but] it definitely made a difference.” 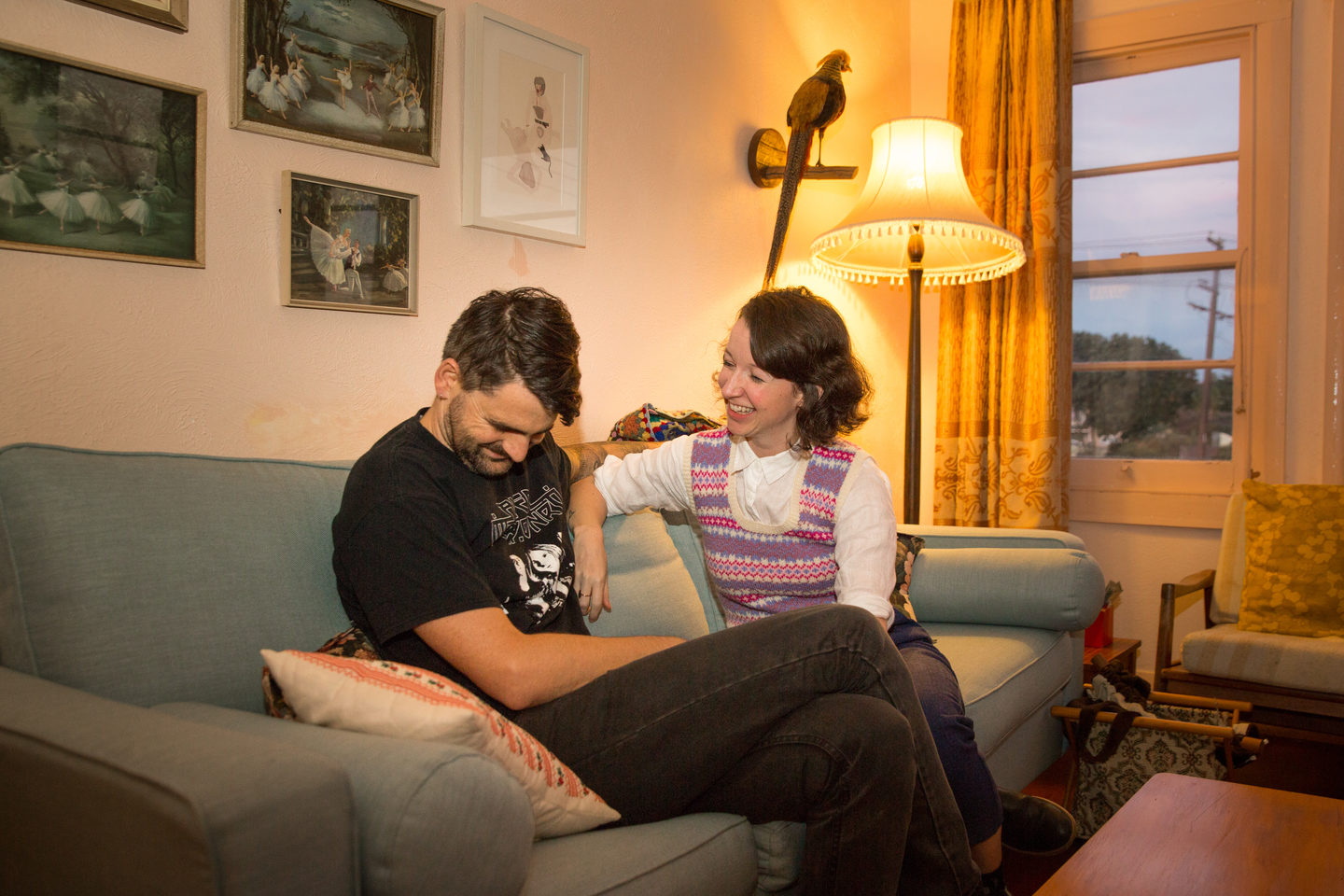 While Stu’s landlord was responsive, the Ministry of Business, Innovation and Employment (MBIE) says it has no updated estimate of how many of those 180,000 private rentals still lack proper insulation.

Otago University public health researcher Lucy Telfar-Barnard says it is not good enough that the ministry has not kept track of that.

Where the government has been able to measure the effect of its rental insulation policies, uptake has been sluggish. It had hoped a two-year, $18m programme that granted subsidies to landlords with low-income tenants would lead to 20,000 rentals being insulated. One year in, only 3700 homes have been insulated using the scheme.

MBIE says insulation will be an "area of focus' for its investigations team after the July 2019 deadline.

But Dr Telfar-Barnard says it's going to be very difficult for the ministry to enforce the new laws without proper records.

“They’ve got 15 people, I think, in their enforcement team at the moment, for the whole country.

Recognising tenants’ concerns about taking their own complaints, last year the ministry set up a tenancy compliance and investigations team, which has the power to investigate landlords and take them to the tribunal itself.

As of this month, the team has carried out “compliance-based activity” in 415 cases, team manager Steve Watson says.

Only two cases have been taken as far as the tribunal, but another 100-odd “compliance agreements” have been negotiated with landlords and property managers.

As for Stu Harwood, after 17 years of renting he's lost track of the number of times he's had to move.

His current landlord is “great”, but he is tired of the instability and the profound effect it’s had on his and his partner's choices.

“Because there’s such low security for renters … there’s very little incentive to run a garden properly [and] there’s no way we could own a dog, let alone having a child.

“I’d be so terrified of what a landlord would think if we had a toddler running round the house.” 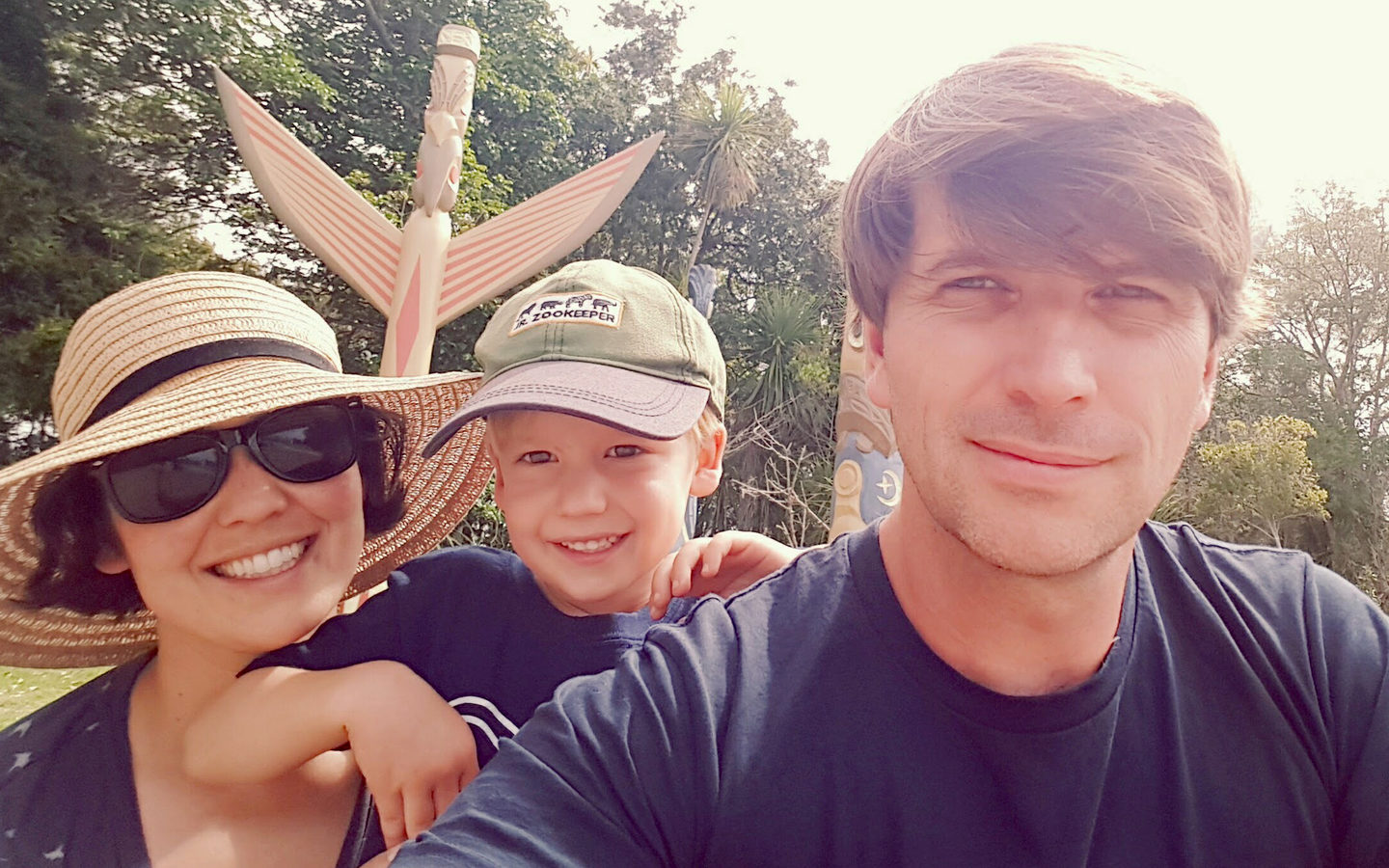 Although his renting days are now long behind him, that also weighs on Gareth Shute’s mind.

“I guess we still would’ve had a child but our life would be more precarious.

“It’s just moving round that’s the problem. I remember at one point when I was young I had six flats in one year.”

Increasing house prices and outdated rental laws date back further than the current government, but nothing much has happened in the last nine years to change that, he says.

“I feel better off in the sense that materially I have a nicer house, but I feel worse off in terms of where New Zealand society is at - and that’s on my mind.”