Three years ago, when Isitolo Lemoe showed up to an open Zumba class at his local shopping centre, he was unemployed and wheelchair bound.

That Zumba class turned his life around, he said.

"That's why I love this group. They help me to walk again. I call this group - it's my family."

When he first arrived he could only participate by lifting his arms to do upper body movements.

"At that time I have no hope to walk again and I came here and exercise...and I think, the Zumba is good for me!" he said.

After multiple knee operations, doctors told him he would still have trouble walking if he didn't increase mobility in his legs.

So he continued attending the Zumba class, six days a week, and with the encouragement of other participants eventually ditched the wheelchair.

He can no longer attend the classes as much as he'd like because after getting back on his feet, for the first time in years he's now employed with a full-time job.

Mr Lemoe isn't the only one who praises the Zumba class for turning his life around.

Around 100 people every day have been showing up to the volunteer-run community class at the Mangere town centre for the last five years. 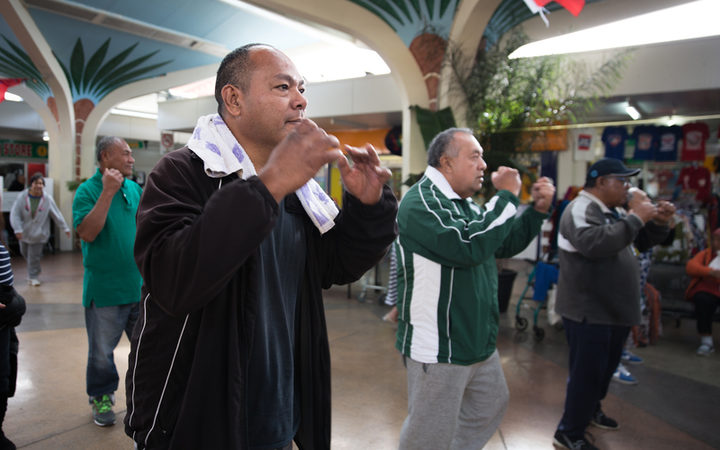 The classes have had no council or government funding behind them except for the donation of a PA system by the town centre's office and the continued support from a local fruit store who sponsors prizes for the participants competing to lose weight.

With the largest Pacific population in New Zealand residing in the Mangere-Otahuhu local board area, the town's health struggles provide a window on Pasifika health challenges nationwide.

Despite various government initiatives over the last decade, the number of obese Pacific adults has risen to nearly 70 percent - double the rate of the general population.

Those figures are reflected in the suburb of Mangere which ranks among the highest in obesity and diabetes and while regular Zumba-goers show up everyday to the town centre in an effort to tackle those health problems, it's a battle against the odds.

Right next door to the Zumba class is a fast food takeaway shop, a bakery and a couple of liquor stores. A McDonalds restaurant sits right outside the town centre with KFC, Pizza take-aways, Carls Junior and other fast-food branches located just across the road.

Zumba participant Pepe Tufuga-Pati said eating healthily here was a challenge for many. 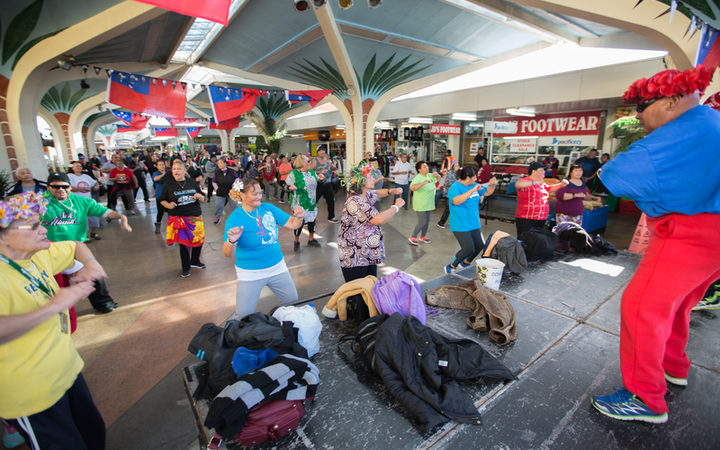 "I always go and cheer them up," she explained Come and do something for yourself. Not just only come and stand in front of all those shops, eat chicken and chips. Stop eating takeaway!"

This is how Ms Tufuga-Pati has encouraged her friend working out beside her, who she said had diabetes, like most people she knows.

"Some people in my family, they're diabetic - like my husband, my sisters, my brothers and my in-laws."

Mangere's population also reflects the nationwide Pacific figures where one in ten Pacific adults has been diagnosed with diabetes.

This is more than three times the rate of non-Pacific adults - that rate that hasn't budged over the last decade.

Kalolaine Kaufusi, who organises the Zumba class, also runs a monthly nutrition and cooking class in the town centre aimed at tackling obesity and diabetes in the community.

She explained her healthier version of cooking a Pacific cuisine favourite - corned beef.

"I'll just boil the corned beef and drain the fat and then cook it with the vegetable or the cabbage or spinach or something like that."

She admited that recipe hasn't always gone down well with locals. "They yell at me and they told me, you just take away the flavour!" she said.

"And I said 'Yeah, it's good because we can taste the fat it's nice and salty but end up when you finish eating, you just sit around watch TV and do nothing. And this is how it's hanging down there (points to her arms and waist). This is how the fat and the starch grow and this is how you get diabetes." 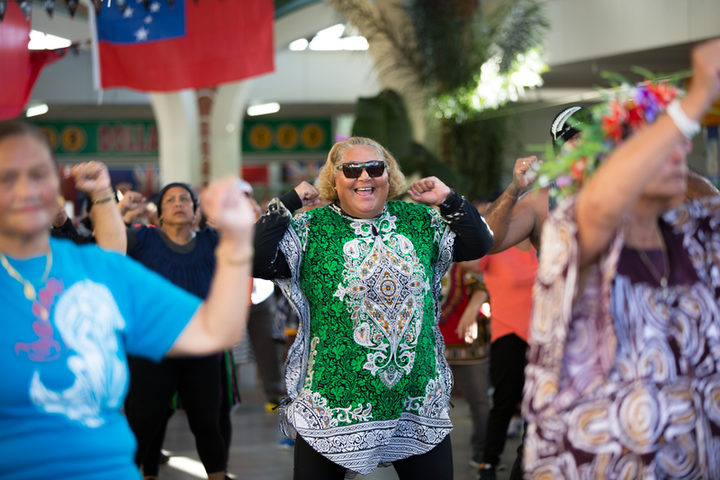 Elizabeth Powell, General Manager of Pacific Health from the Counties Manukau District Health Board, said the numerous liquor stores and fast-food options that had been established locally over the last decade have only added to the community's health challenges.

"That certainly contributes to when you go to make choices about a) when you're hungry, b) what you can afford to eat and c) what is put in front of you at an affordable price - that's what you get," she said.

"It's just something that is quick, it's there, it's what they can afford because they don't have a lot of disposable income and it really is at the lowest end of that food chain where it is high in calorie, high in sugar and carbohydrates."

Socio-economic factors are a big contributor to poor health, with Mangere ranking in the .highest deprivation bracket in the country.

The local medical clinic, Bader Drive Healthcare, said that on top of battling obesities and diabetes, many patients couldn't afford to see a doctor and often didn't have transport to get to the clinic in the first place

"You are talking about poverty, environmental factors such as level of income, quality and quantity of housing...we're talking about a whole number of things that contribute to why someone becomes obese," said Ms Powell.

"Choices of food is one of them, family income is another, what type of quality is the food...if you're born into a family that doesn't have a lot of disposable income then it's how you start off your whole life - you're not breastfed, you're on the bottle because your parents have to work, I mean it just snowballs."

A report looking into Pasifika health after the last census in 2013 indicated the government's response to the health needs of Pacific peoples has been inadequate.

It found that unless preventative measures and treatment were specifically tailored to be more effective for them, those figures were likely to worsen. 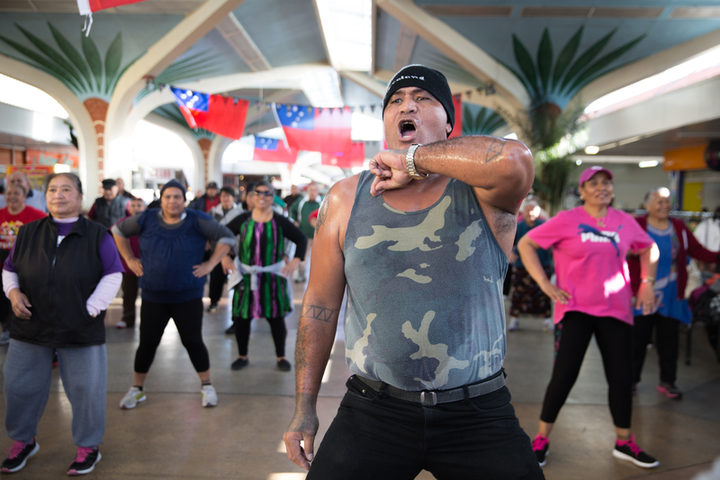 Ms Powell says reduced disease burden and improved length of life among Pasifika people compared to other New Zealanders are also yet to be achieved.

The most recent Ministry of Health survey showed that Maori and Pacific people living in the most deprived areas like Mangere had continually high rates of tooth extractions.

According to Ms Powell, the DHB had been working with community leaders, health and social service providers in hopes that a coordinated approach would improve the situation.

She said the need for improvement in the community's health figures was urgent for its next generation.

"Thirty percent of our Pacific children here in South Auckland are described as morbidly obese. That in itself is a statement of what we're doing to our children."

For Zumba organisers Ms Kalo and her family, they believe continuing to show up to the town centre every day, like they have been for the last five years, will hopefully help to heal their community.

"We sacrifice our family, our needs, to come and do this job for the people and I know for heaps of them it's important [to] their life. Our blessing is coming from God."