The government must take bold action to reduce smoking in Māori and Pasifika by 2025, researchers say. 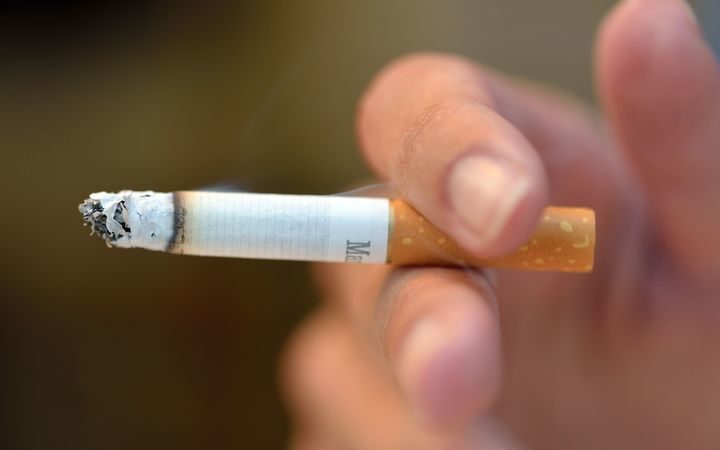 More than 600,000 New Zealanders are smokers and around 5000 of those die a year from smoking-related disease.

The group said a 2011 pledge to be smokefree by 2025 meant New Zealand was once a leader in tobacco control, but the country was now slipping behind.

It said while some measures were helpful, they did not go far enough.

The research group's boldest measure is stopping future generations from ever being allowed to buy tobacco.

"It has some advantages over just increasing the age to 21, for example, it takes away that 'rite of passage'," said Richard Edwards, the co-head of public health at Otago University.

Dr Edwards said there would need to be wide consultation on that proposal, particularly with younger groups.

In the meantime, he said law change was needed to stop tobacco with menthol or sugars being allowed into the country.

"It actually reduces the harshness of tobacco smoke. When you first smoke, it's quite an irritant and when you add menthol, it takes the edge off that."

The use of menthol cigarettes is higher in younger smokers, he said.

Dr Edwards said tobacco was also too widely available in places like dairies, stores and supermakets and that should be cut down.

"That will encourage them to quit... smokers who have already quit are less likely to relapse because they'll just buy a packet down at the local dairy and it will mean young people are less likely to take up tobacco smoking," he said.

The group said there should be only 300 stores selling tobacco products rather than the current 6000 or more.

Despite a recent spate of violent crime against stores selling tobacco, specialist stores won't necessarily be targeted because the market for tobacco will reduce overtime with stronger measures, he said.

Tobacco sellers had mixed feelings about that proposal.

One owner of a dairy in Balmoral said stripping away the ability to sell tobacco would impact smaller businesses.

"They come in to get the smokes and get small stuff as well - it will effect business, definitely."

While the store manager of specialist tobacconist El Borracho Wine Shop, Karam Sandha, said it would be a boon.

"It would be good for me, I'm paying a lot for a licence to sell tobacco every year."

Smoking needs to be de-normalised for Māori and Pasifika

A spokesperson at Hapai te Hauora, Zoe Hawke, said smoking needs to be de-normalised in Māori and Pasifika communities.

Ms Hawke said smokers who are impacted by rising costs now have the option of transitioning to e-cigarettes.

"We're seeing more and more Māori and Pacific move to e-ciggs, because actually, they want to quit and this is a new tool and with taxes and the price of cigarettes going up, we have heard, and we have seen, that people are using it to make the move."

The research group said the government should implement all measures to reach the 2025 goal and place New Zealand on an international stage.

Meanwhile, the government announced today it will establish a system to approve smokeless tobacco products such as snus, heat-not-burn and inhaled nicotine.