A Hamilton mother whose daughter nearly died of chicken pox is welcoming a free vaccine being rolled out, and says people should take the disease more seriously.

From Friday, Pharmac said it would fund the vaccine Varilrix, to children aged 15 months under the National Immunisation Schedule.

It would be one of four jabs at that age, included with injections protecting them against measles, mumps, rubella, haemophilus influenza and pneumococcal disease.

It will also be available to children turning 11 from July who have never been infected with, or previously immunised against, chickenpox.

About 60,000 children are born in New Zealand each year and all will be eligible for the vaccine. Chickenpox causes a prominent rash, itchiness and feelings of ill-health, and can leave scarring and complications that require hospital treatment.

Hamilton woman Michelle Bibby said chickenpox was often not treated with the caution or seriousness that it should be.

Mrs Bibby's daughter Isla, who is now 10, almost died from a secondary infection after her chickenpox cleared.

She said family doctors and others should treat it with more respect.

"By the time they got to the hospital and they admitted her it was pretty much [an] emergency situation and she was going into heart failure and she had double pneumonia.

"She had a large liver as well, about a four-times-bigger liver. That was the blood, back-logging from her heart because her heart was constricted and didn't beat properly."

Her husband was flown with Isla to Auckland's Starship Children's Hospital where doctors did not think she would survive the night.

"He had to sign the documents for her to go under general [anaesthetic], disclaimers I guess, or approval to put her under a general. And they said they didn't think she's [going to] make it." 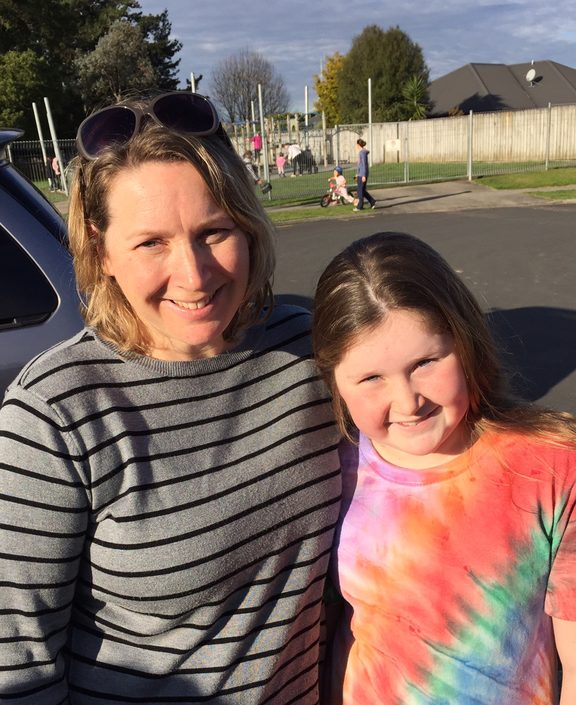 Michelle Bibby with her daughter Isla after the girl's recovery. Photo: Supplied

She said doctors commented that it was probably her daughter's strong-willed personality that pulled her through.

Mrs Bibby said a vaccine against chickenpox has been available privately - at a cost of about $70 - but there's been very little information available about it from doctors or other health professionals.

She made sure to vaccinate Isla's brother Devon, she said.

"It's the first thing I did. As soon as he turned the right age. It might not stop them from getting the mild chickenpox but it can stop the effects of secondary infection."

"But the important issue is pretty well every child in New Zealand gets chickenpox, and even though the majority of children with chickenpox get well though it and don't have any complications, there's still a significant number of children who have problems," she said.

Dr Turner said the vaccine was highly effective against severe disease. She said people could still get mild disease after one dose, but for the vast majority of children a single dose would be highly effective.

"There are some other groups in the New Zealand community that Pharmac will fund for two doses of this vaccine. Some of those are the children themselves but some of those are family members of high-risk children."

Pharmac operations director Sarah Fitt said they were excited to be doing it.

"We believe that it's going to make a significant difference to GP visits, hospitalisations, visits to EDs, and it's going to be available for all 15-month-old children, so it's about 60,000 children a year will be eligible and then the catch up programme for the 11-year-olds as well."