Taking Māori beyond the marae in the age of Facebook and Twitter is one of the aims of a new umbrella organisation set up to support Māori language. 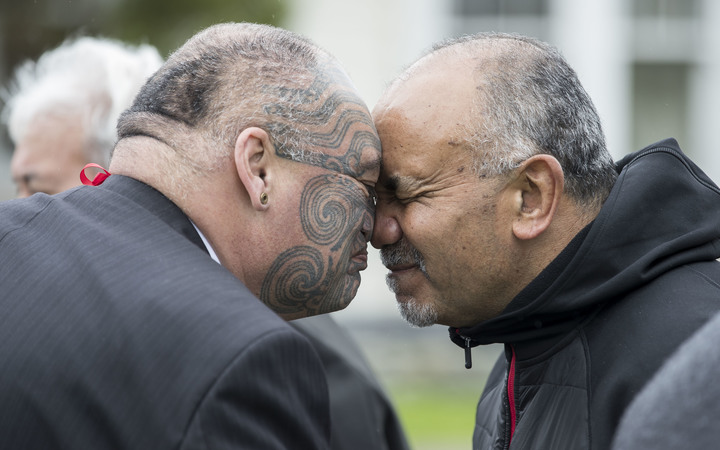 Te Mātāwai held its first hui in Otaki yesterday to discuss the aims of the new group.

Its board has members from iwi, different sectors like education and media, and two people appointed by the Minister of Māori Development.

Broadcaster Scotty Morrison, who was appointed to represent media on the board, said social media was one of the keys to getting young people speaking Te Reo.

"One of our most important tools is Facebook and we also use Twitter feeds and that kind of stuff to get people engaged. Just this week we're running a rangatahi wānanga up in Auckland].

"We definitely want to get them involved because teenagers tend to set trends, and if they set a trend that Māori is something they should take up and it's trendy to speak Māori, then we want them involved."

Māori broadcaster Willie Jackson, who was representing urban Māori on the board, said members would have a big responsibility to make sure it achieved what it was created for.

Te Mātāwai would have a responsibility to make sure money that was spent on Te Reo was effective, Mr Jackson said.

"Is the money hitting the right targets? My observation is, no. They talk about four or five hundred million going out in terms of te reo Māori but we still don't have the breakdown on that and whether that money is reaching its targets."

Minister of Māori Development Te Ururoa Flavell acknowledged there was a lot of work to do.

"The whole goal is to allow a part to be played by the Crown as well as iwi Māori and together we'll increase the number of speakers. Have we got some targets? No, not yet. Have we got some work to do? Absolutely. Because the Crown as well as Te Mātāwai has to organise their own strategy and then come to the table and work together about how we can increase the numbers."

Mr Flavell said these other organisations would continue to play a role as government agencies and Te Mātāwai would give iwi a say about the members of their boards.

The new group's hui is being held over three days.