Outgoing Ireland coach Joe Schmidt has expressed regret for the way he prepared his players for the Rugby World Cup, saying the team's desperation to prove their credibility in Japan may have been their downfall. 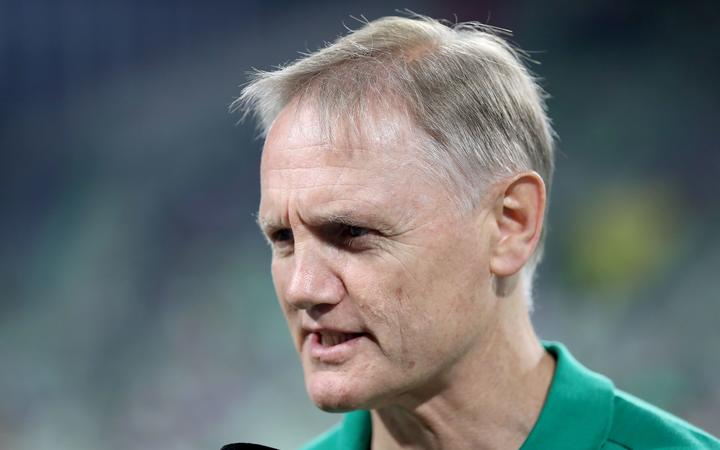 Rated major contenders a year out from the tournament, Ireland crashed out of the quarterfinals with a 46-14 thrashing by the All Blacks, continuing their record of never winning a knockout game at the global showpiece.

"If I had one regret it's the fact we talked about (the World Cup) a year ago," the New Zealander told reporters after arriving back in Dublin.

"We built up to it and we probably went away from our week-to-week focus or our immediate tournament focus.

"Maybe we built it into something that became a bit of a self-consuming monster because we didn't play as well as we could.

"I have to take responsibility for that.

"If I had my time over I might do it a little bit differently. Unfortunately my time is done."

All the same, the disappointing World Cup has not greatly diminished the market appeal of a coach who took Ireland to three Six Nations titles and the Grand Slam in 2018 in his six years in charge.

Schmidt, who will be succeeded by assistant coach Andy Farrell, said he had been "blown away" by offers of coaching positions but would not entertain any until the middle of next year.

"I made a commitment that I'm going to absolutely stick to, through to at least June or July of next year.

"It hasn't been a job, it has been a way of life. It has been seven days a week and I think I can honestly say, in six and a half years I've not taken one full day off."

Schmidt's comments may disappoint some Australian rugby fans as the Wallabies look for a successor for Michael Cheika, who resigned a day after their own quarter-final exit from Japan.

Cheika, meanwhile, has been freshly linked with a move back to France to take over as Montpellier's director of rugby.

French rugby newspaper Midi Olympique is reporting that Montpellier, who play in the Top 14, have had talks with Cheika's management about replacing Kiwi Vern Cotter when his contract ends in June next year.

A return to France would be a natural fit for French-speaking Cheika, who has Lebanese heritage.

He played in France for four years during his 20s, coached Paris powerhouse Stade Francais between 2010-2012, is married to a French woman and his four children are bilingual.

At Montpellier, Cheika would coincidentally be a part of the same organisational structure which he said was behind his fallout with Rugby Australia chief executive Raelene Castle and chairman Cameron Clyne.

As director of coaching, Cheika would oversee head coach Frenchman Xavier Garbajosa as Scott Johnson did over him in the Wallabies set-up.

The paper said that the recruitment of Cheika by the club's billionaire president Mohed Altrad, would help with recruitment.

"The Herault business leader would then make a big move in the transfer market, as the aura of the Australo-Lebanese is important on the international scene", Midi Olympique said.

It added that despite his lack of success with Stade Francais and most recently with the Wallabies, his "overall track record remains impressive".

Steering Australia to the World Cup final in 2015, Cheika is the only coach to have won the major rugby club competition in each hemisphere - winning the Heineken Cup with Leinster and the Super Rugby competition with the Waratahs.