Looking out over Tokyo, it's hard to imagine just how many people are crammed into what you're seeing. 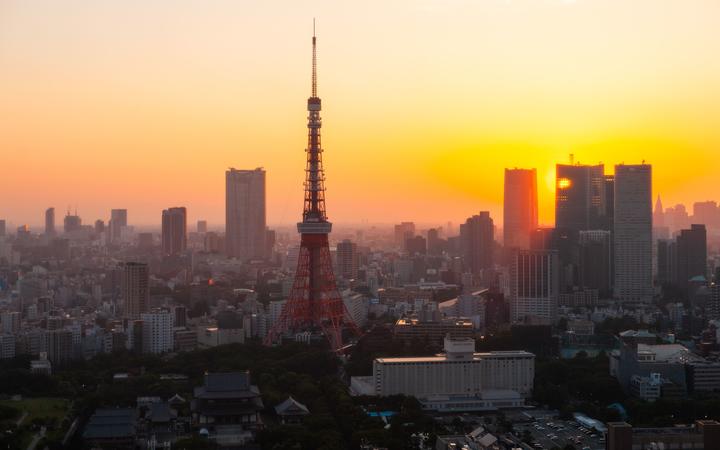 High rises dominate the cityscape from where I am Shinjuku, blinking red lights on the top of each one to remind you just how high up you are.

I'm on the 27th floor of a hotel in the middle of the Japanese capital's entertainment district, below me are streets of tourists and locals funneling their way past and into the bars, pachinko halls and fleshpots that characterise this part of town.

There's a statue of Godzilla looking out over the main street that bears his name.

In the next 48 hours, though, there might be something just as powerful and destructive blowing through the tall buildings and tight streets.

The aptly named Typhoon Hagibis (Tagalog for 'swift') is due to make landfall on Honshu's east coast right about when the All Blacks were due to kick off their game against Italy in Toyota City, which is an outlying part of Nagoya and home to the car manufacturing company.

The stadium there was going to be one of the highlights of the tournament, as it possesses incredibly steep stands that mean that from the media box you're looking almost straight down on the tops of the players' heads.

Some other time, though.

World Rugby canned the game, along with the England vs France match in Yokohama later on that evening.

To be fair, that's the one that should be looked at more seriously in the long run, because if there's any substantial damage to Yokohama Stadium then there's going to have to be some reshuffling to some far more important games later on. 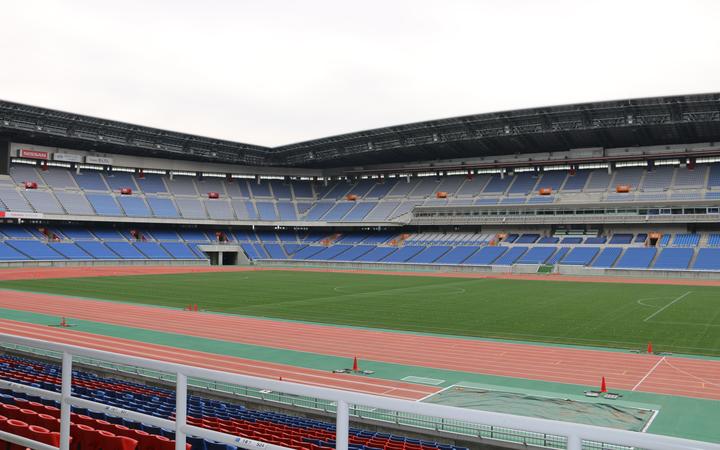 It's ironic, really, given that World Rugby would've been praying for another issue to take over from the backlash against the litany of red cards shown throughout the tournament so far.

Every match day has started with the media quizzing one another not about if there'll be a send off, but more who is most likely to get one.

But this new headline is one they definitely didn't want.

The governing body sent us out an email advising everyone to stay indoors throughout Saturday, which is probably what we'd be doing anyway given that it's likely the trains are going to stop running if Hagibis does hit Tokyo.

So it will be a full fortnight between All Black games, although calling the hiding they dished out to Namibia anything more than an opposed training session is stretching things a bit.

Steve Hansen told us the team will probably have a hit out against each other, but it's unlikely to be open for any of us to see.

He also told us the team is moving hotels, from the annoyingly remote Hilton Tokyo Bay into the city.

The Hilton is only accessible by subjecting yourself to the Disney resort it shares a border with, which I recorded my hatred for on last year's tour.

However, it seems like that decision was made before the typhoon news, with the team clearly having run out of things to do on the Maihama peninsula when they're not training.

It would be a great shame if this World Cup becomes known as 'the one with the typhoon', because the support from the Japanese people has been incredible so far.

The atmosphere at the All Blacks vs Springboks game felt like what a game in New Zealand should be like if New Zealanders weren't such awful fans, and the reception in the southern cities of Oita and Beppu was one the entire populations seemed to be a part of.

Despite Tokyo being a gigantic megalopolis, the tournament has maintained a decent degree of visibility thanks to constant ads on the public transport system - plus the now massive interest thanks to the Japanese national team's dream run so far.

Hopefully their game against Scotland can go ahead on Sunday, because they've been the good news story of the tournament so far.

But the fate of that is up to Hagibis, which we'll watch from out our hotel windows from high above Tokyo.