With New Zealand's match against Italy cancelled due to Typhoon Hagibis, the All Blacks will finish top of Pool B, but who will they face in the quarterfinals? 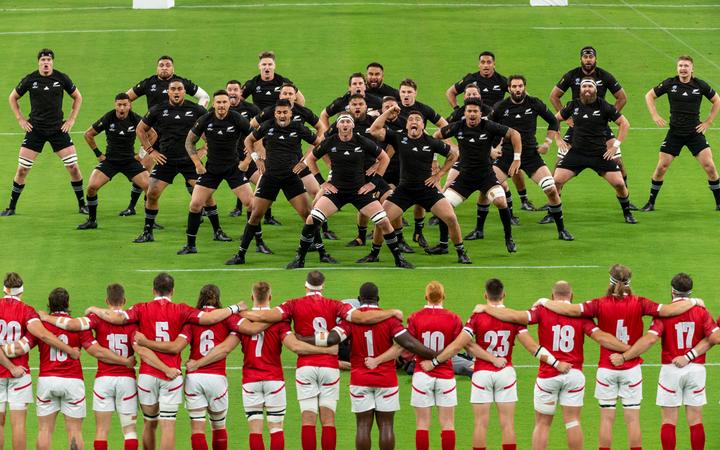 Who will face the All Blacks' haka in the quarterfinals? Photo: PHOTOSPORT

Ireland's match against Samoa is still scheduled to be played on Saturday and a decision on the Japan-Scotland match to be made on Sunday morning, so the All Blacks will have to wait a while longer to find out who they're playing in the quarterfinals.

What the All Blacks do know is that they'll finish top of Pool B, one point clear of South Africa, while Italy will finish in third three points behind the Springboks.

At this stage, Ireland still need to win their match against Samoa in Fukuoka City to guarantee themselves a spot in the quarterfinals.

The match between Japan and Scotland holds more weight though, as that game will determine the final standings in Pool A.

If Japan manage to get a draw or better, they will finish top of Pool A after they beat Ireland 19-12 in their head-to-head group match.

That would mean New Zealand would play Ireland in the quarterfinals.

If Scotland beat Japan by more than seven points and don't let the hosts score at least four tries, denying Japan any bonus points, Scotland would finish second in Pool A, leaving Ireland in first.

Ireland are expected to beat Samoa in their final pool match.

However, if Typhoon Hagibis causes the Japan-Scotland match to be cancelled as well, then it would be classed as a draw and Japan would finish top of Pool A.

There is history between Japan and Scotland at world cups too, in 2015 Scotland denied the Brave Blossoms a place in the quarterfinals after finishing second in Pool B behind South Africa.