There's about 10 minutes to go in the test match, and a fight is threatening to break out. Not out on the Westpac Stadium field, mind you. It's three rows in front of our media box position high up in the stands. 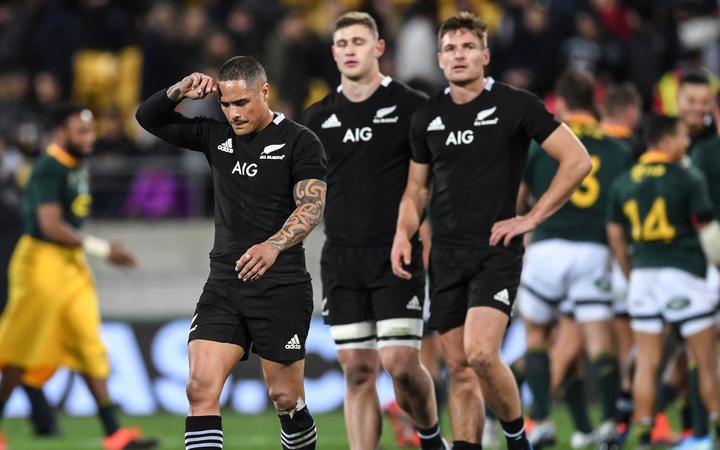 Aaron Smith and fellow All Blacks leave the field after the disappointing 16-all draw with the Springboks. Photo: PHOTOSPORT

By now the All Blacks are leading 13-9, and struggling their way to what seems like an unremarkable win over the Springboks.

The two men, clad in the ubiquitous Kiwi uniform of black puffer jackets and beanies, are staring each other down while another is trying to talk them out of it. Eventually it simmers down when one is convinced to swap seats.

Who knows what they're arguing about, but it's one of the few times in the whole game anyone in the crowd has actually shown much interest in anything other than sitting still and looking unimpressed.

In their defence, the game itself hasn't given them much reason to do anything else. To their utter detriment though, the loudest they've been was belting out the full awfulness of Sweet Caroline when it's played over the PA system during a break in play. This crowd is flat as a pancake - a perfect Kiwi mix of staunchness and unfulfilled expectation, malaise fuelled by the depressive effects of alcohol.

By fulltime they've at least had a reason to gasp. Springbok replacement halfback Herschel Jantjies has latched onto a chip ahead by his winger Cheslin Kolbe and plucked the ball out of Aaron Smith's hands to score near the posts. The stunned reaction at this development is quite deep; while Handre Pollard moves in to strike the conversion that will draw the game, barely anyone can even muster a boo or whistle to try and put him off.

Then, it's done. Final score: 16-all. The 36,000-strong crowd, seemingly happy to sit so silently that we often wondered if NZ Rugby had just stacked the seats with cardboard cutouts, got up and quietly shuffled out - aside from one large South African fan who bangs his fist on our media box window and demands we 'f**king write that down'. 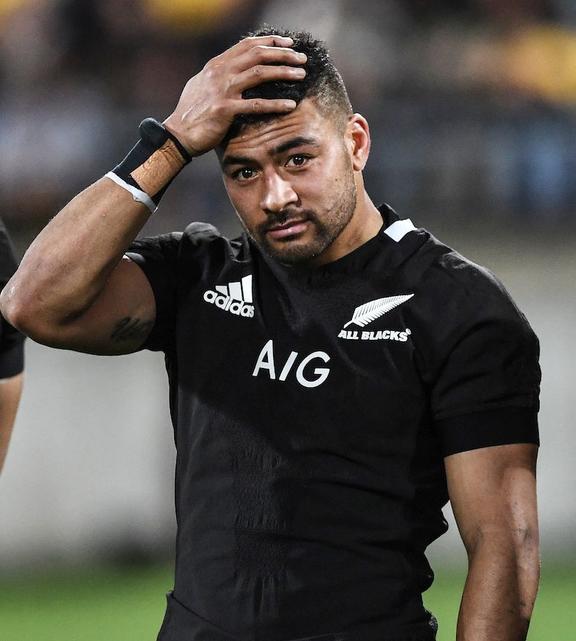 All Black Richie Mo'unga's expression says it all after the error-ridden Test at Westpac Stadium. Photo: PHOTOSPORT

We head downstairs, on the longest trek in the country from a media box to the post game interview spot. It's from one side of the stadium to the other, out in the fresh Wellington air. Both Rassie Erasmus and Steve Hansen more or less confirm that given the nature of the game, neither of them are actually that fussed about not winning.

The All Blacks have engaged in a bit of Phony War talk about the importance of pre-World Cup fixtures, with the usual lines about only being focused on the next test, but Hansen's demeanour suggests he really can't be bothered with that right now. In fact, neither can the media. It ends up being the shortest post match press conference I can remember, and no one is complaining too much when none of the Springboks even bother to show up to the individual player interview session (which would usually be treated as a serious breach of protocol).

Once finished, we're out the door and another walk through the travesty that is Wellington after an All Black test, or really what could be described as any other Saturday night on steroids. On Lambton Quay there's a guy verbally abusing a woman who I'm guessing is his partner while being held back by his friends. Puddles of vomit just metres away from the central police station. A girl urinates in the Chaffers Street supermarket carpark while her friends film it on their phones and laugh. Just around the corner, an ambulance loads a passed out man onto a gurney.

All that and I don't even go down Courtenay Place after dark, the most telling reminder to a city that likes to think of itself as some sort of arts and culture centre of what it really is, and will never not be no matter how much window dressing.

It's been one of only three home tests this year for the All Blacks. They've now won only one of the last four tests in Wellington, easily making it their most difficult location to play at in recent times. Given that track record, it's highly likely that the next test match crowd that shows up to Westpac Stadium will probably be in an even worse mood than the one last night. 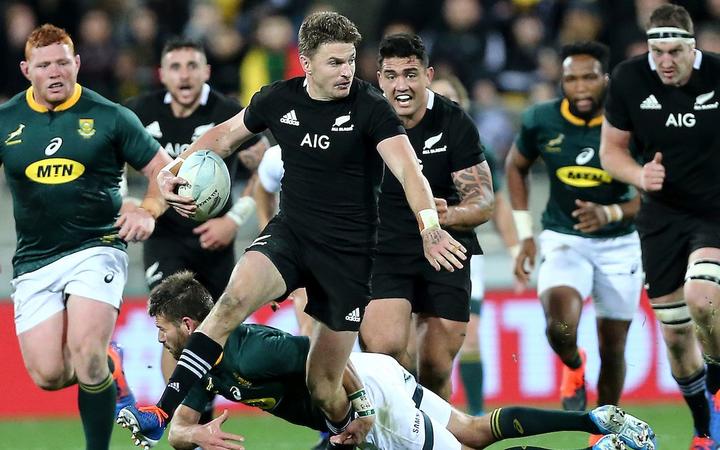 There wasn't much Beauden Barrett magic to light up a lacklustre Test in Wellington last night. Photo: Photosport