The All Blacks will devote more time to their tackling technique in training ahead of the World Cup quarterfinals with coach Steve Hansen keen to ensure the reigning champions' title defence is not undermined by yellow and red cards. 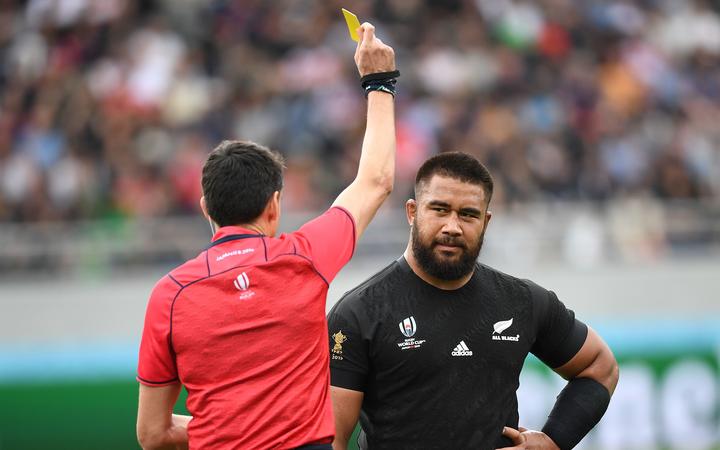 New Zealand props Nepo Laulala and Ofa Tuungafasi were yellow carded for making contact with the head in tackles during their 71-9 Pool B victory over Namibia in Tokyo on Sunday.

Referee Pascal Gauzere opted not to give the pair red cards because both the Namibian players were falling and close to the ground when contact was made.

"We said last night the yellow cards are under the guidelines, they were fair," Hansen said on Monday. "But the game is incredibly difficult under those guidelines when players are falling at your feet."

The 60-year-old added that it a tight knockout match could be decided by a player being sent from the field.

"I'd say so, but we all know what the guidelines are and we've all got to work harder," he said when asked about the possibility.

"There's no point moaning about it, it's about accepting and getting on with it.

"There will be some time ... allocated in training."

World Rugby has cracked down on tackles that make contact with the head at the tournament and took the unusual step of admonishing their own officials following the first weekend of matches in Japan after several incidents went unpunished.

Since then three players, John Quill of the United States, Uruguay's Facundo Gattas and Argentina's Tomas Lavanini, have all been sent off for dangerous tackles involving contact with the head. 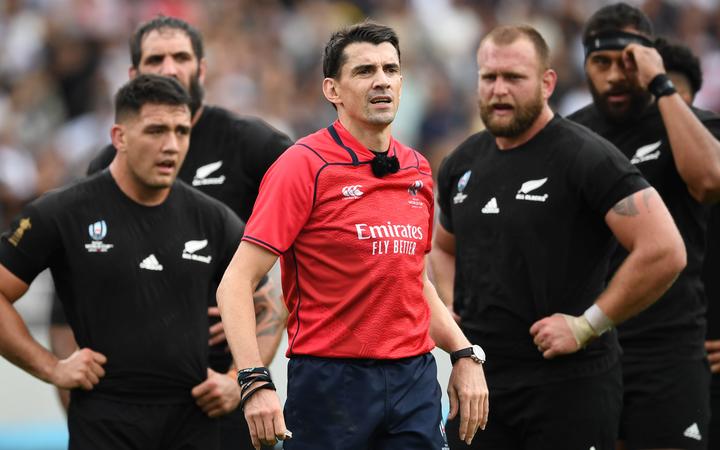 Both Laulala and Tuungafasi apologised to the Namibian players on the field and were upset they had been involved in the incidents.

"They're disappointed because they don't want to be seen as players who are trying to hit people in the head," Hansen said.

"No one goes out to do that, by and large. There's the odd exception to that rule.

"But our game is very fluid. In a second something that you thought you saw can change, particularly for those bigger boys ... who take a wee bit of time (to change direction)."