For one small coastal town, 500 miles north of bustling Tokyo, the presence of the Rugby World Cup means more than a celebration of sport. 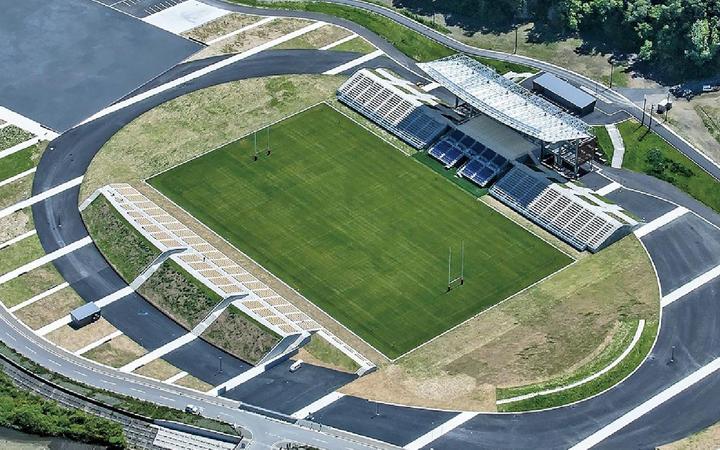 The Kamaishi Recovery Memorial Stadium stands on the exact spot where the school was washed away, Photo: RWC 2019

Kamaishi lies in the province of Iwate and used to be best known for its steel industry, fishing and the 35,000 residents' fascination with rugby union, as it was home to the club that dominated Japanese rugby in the 1970s and 80s.

That was until March 11, 2011, however. That was the day a huge earthquake struck the country and triggered a devastating tsunami.

News footage from the time shows cars bobbing through the streets and houses floating around like matchsticks in the rain, as well as the sight of people on a hillside desperately screaming to their fellow townsfolk to run as the sea invaded the streets, crushing everything in its path.

A total of 1,300 people died and the town was utterly devastated. Many survivors took what they could salvage and left, never to return. But those who stayed were determined to rebuild.

Among the many buildings to be washed away was the local school. It lay at the very heart of the town, both physically and emotionally.

Thanks to a well-established tsunami evacuation procedure, most of the pupils made it to safety, but nothing remained of the building.

In the months that followed, locals devised a plan that would provide the town with a sense of purpose and restore some pride - and rugby was at the very heart of it.

Eight years later, the Kamaishi Recovery Memorial Stadium stands on the exact spot where the school was washed away, having been built with the help of government investment designed to aid in the area's recovery. 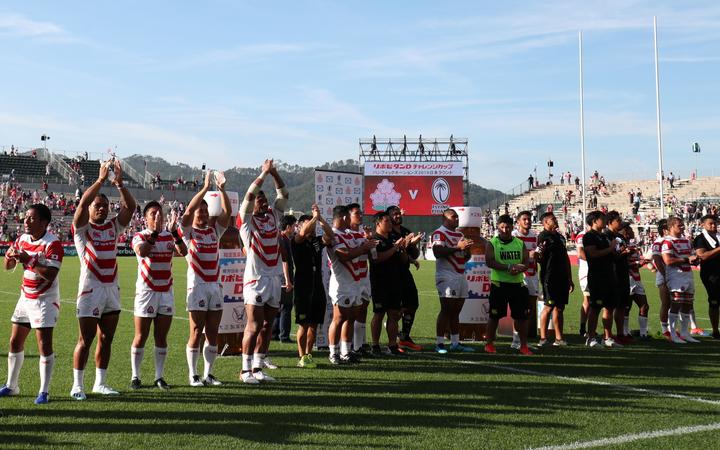 Fiji played Japan at the stadium in the Pacific Nations Cup in July. Photo: Photosport

"We wanted to build something that would symbolise hope for the future," said stadium director Takeshi Nagata.

That view is echoed by Akiko Iwasaki, who almost lost her life when the wave hit. She owns a small inn that sits defiantly at the edge of the sea. Surprisingly, she smiles broadly when recounting her near fatal experience.

"There was a feeling that 'today is the day'," she recalls. "We had been expecting it because we had always been told that a big earthquake would one day come our way.

"As I tried to run for the mountains, I was caught under the water.

"I looked up at the sky and remember thinking it looked so pretty before I lost consciousness."

Iwasaki was trapped under a van but was pulled clear by one of her customers who had made it to safety. Now she wants Kamaishi to be remembered for rugby rather than a time of tragedy.

"I don't think this town and the people could have made it through the last eight years if we didn't have the World Cup to focus on," she said.

Not everyone is in complete agreement though. Some locals point towards those still forced to live in temporary housing as major government investment is ploughed into new roads around the stadium and World Cup infrastructure.

The new stadium will host Fiji v Uruguay and Namibia v Canada, but those who visit won't fail to notice that the sporting event will take place where tragedy once struck.

The words etched into the tall black granite stone read, simply: "Just run! Run uphill! Don't worry about the others. Save yourself first. And tell the future generations that a tsunami once reached this point and those who survived were the ones who ran uphill. So run! Run uphill!"