Steve Hansen is primarily focused on New Zealand's second World Cup match against Canada but the All Blacks coach has also been keeping an eye on the other title contenders and has been impressed by some of the Northern Hemisphere sides. 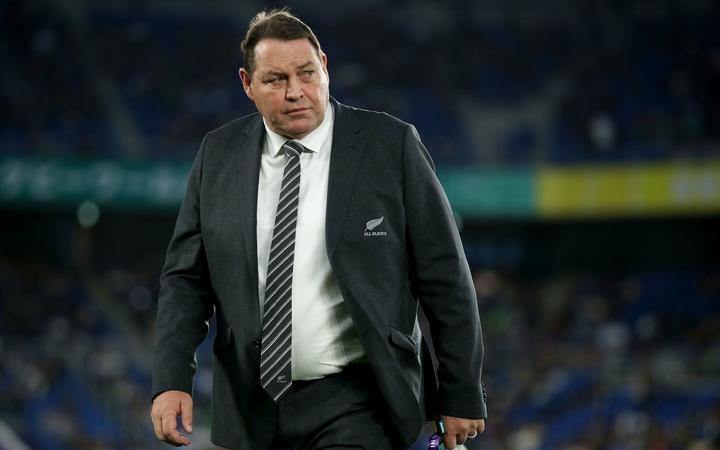 Southern hemisphere powers New Zealand, Australia, South Africa and Argentina locked up the semi-final spots at the 2015 World Cup but there has been a rugby renaissance north of the equator over the last four years.

Ireland made a highly impressive start against Scotland on Sunday while England and Wales barely needed to get out of first gear to beat Tonga and Georgia in their openers.

"We all know that they're in good shape, don't we?" Hansen said in Oita.

"They're playing well, they've got a good thing going up in the Northern Hemisphere where they're competing against each other and are striving to raise the bar all the time.

"That's a hangover from the last World Cup where they all failed, so the pressure's on for them to get better and they've done that.

"But now they're here and the pressure's on for them to show how well they've done and they've got off to a good start. They're getting better right across the park."

New Zealand had the benefit of playing one of their main title contenders in their opening match, running out 23-13 winners over South Africa in a hard fought contest in Yokohama.

"We're pretty happy with it but at the end of the day, it's not a finished job, we're going have to play better than that if we want to win this tournament," said Hansen.

"And that would be the same statement from all the teams that have played and won.

"We've seen good performances from Ireland, England and Wales and Australia came from behind to beat a really good Fijian performance."

Canada are unlikely to present as tough a challenge to the world champions in Oita next Wednesday as the Springboks did at the weekend but Hansen dismissed the idea that a win was a foregone conclusion.

"If you look at the underdogs - and I use that term loosely - in all the games so far, they've all performed really well, above themselves, because that's what happens at World Cups," he said.

"I watched the Georgia-Wales game last night and I thought it was a great game of footy. Fiji-Australia, what a great advert for our game. It's one of the reasons why this tournament is so good."