The All Blacks have kicked off their 2019 Rugby World Cup campaign with a 23-13 victory over a gutsy Springboks in Yokohama. 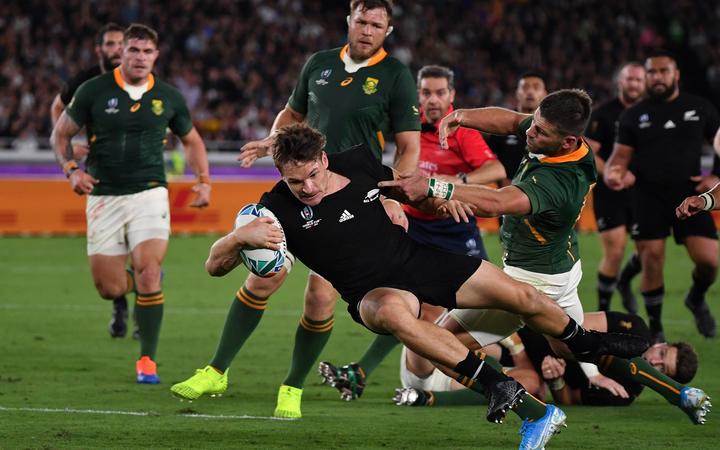 New Zealand came away with the victory after scoring two tries in a matter of minutes midway through the first half, and holding off a South African team that was determined to spoil the All Blacks' party.

The Springboks had the physicality to match New Zealand but not the precision, with too many missed tackles, at times aimless kicking and poor hands under the high ball gifting away territory.

The All Blacks, though, were also uncharacteristically sloppy and, apart from their two moments of excellence, failed to trouble the Bok tryline in a performance that will give their World Cup rivals food for thought.

South Africa quickly drew first blood in the game, with Handre Pollard nailing a penalty in the first two minutes to give the Springboks a three-point lead, but that was the only points they would score in the first half.

After some strong Springbok defence, Richie Mo'unga came within five metres of scoring a try in the 20th minute, but the All Blacks were denied a try when a pass was knocked down from the ruck, and he was immediately able to nail a penalty that levelled the scores. 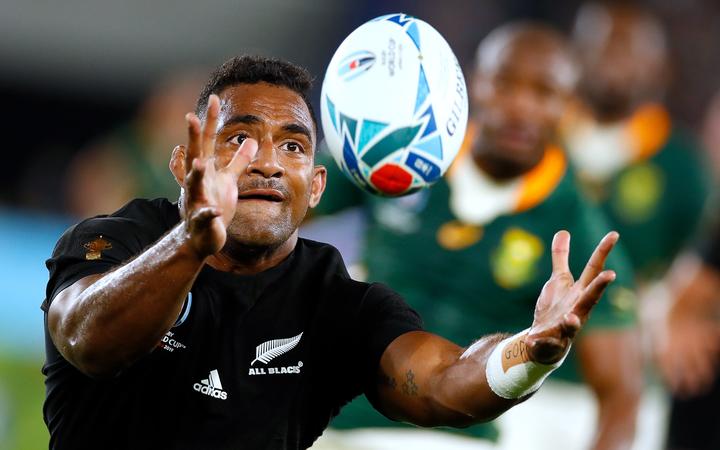 The All Blacks struck again straight away, with Sevu Reece breaking through the line and Beauden Barrett off-loading to George Bridge to score the try. Mo'unga kicked the conversion, giving the All Blacks a 10-3 lead at the 25-minute mark.

Within two minutes, the All Blacks had dotted down again, with Anton Lienert-Brown making a break and Scott Barrett scoring the try that was again converted.

After Mo'unga missed a penalty in the dying minutes of the first half, New Zealand went into the break with a healthy 17-3 lead. But this was cut back to a seven-point lead within eight minutes of the second half, after Pieter-Steph du Toit spotted a huge hole in the All Blacks defence and scored under the posts. 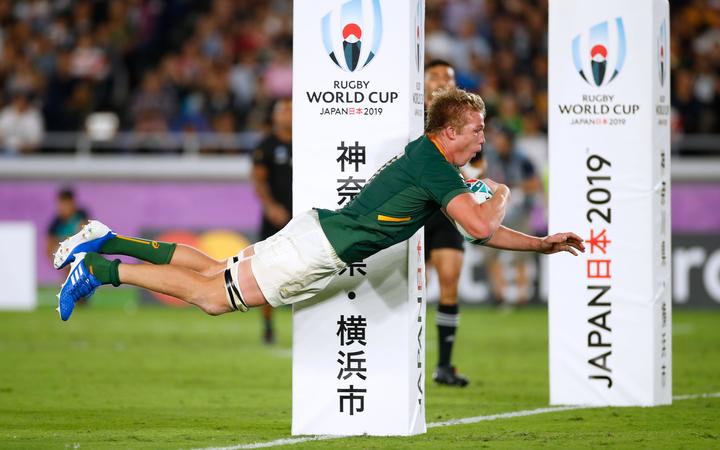 The Boks had a renewed spring in their step and another break from Duane Vermeulen saw the ball reach Cheslin Kolbe on the wing but a poor, low pass knocked him off his stride.

Some scrambling defence from both sides kept the scores flat for another 10 minutes, until Pollard went for a drop goal, reducing New Zealand's lead to just four points.

With 15 minutes left on the clock, a 40m penalty from Mo'unga put NZ's lead back out to seven points and Beauden Barrett added another three points in the 71st minute, leading to the final score of 23-13. 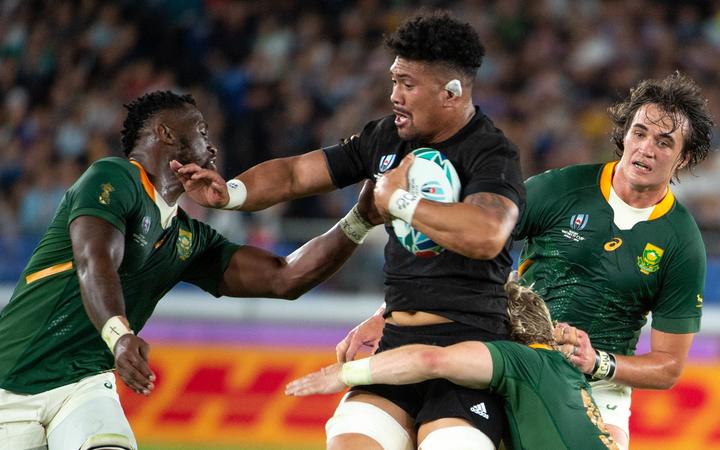 Ardie Savea in action for the All Blacks. Photo: PhotoSportNZ

New Zealand captain Kieran Read said that his team were put under pressure right from the first whistle, but had come through a "pretty tough" game.

The All Blacks, who have an 11-day break before their next game against Canada, should easily go on to top Pool B and hope for an easier quarter-final as a result. South Africa next face Namibia in Toyota City. 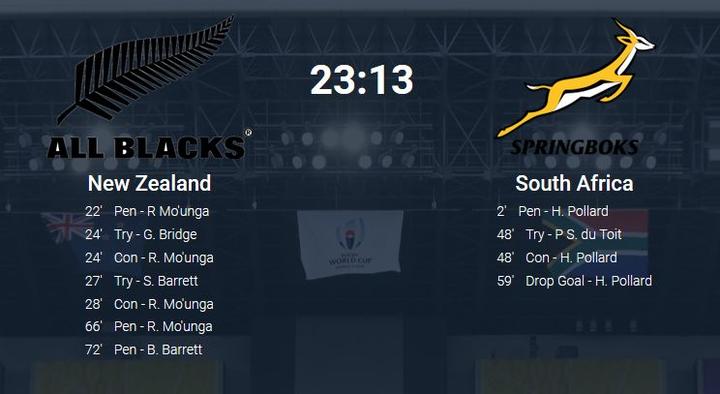