Manu Samoa fans are ecstatic with the team's first victory at the Rugby World Cup, describing it as an exciting and emotional experience. 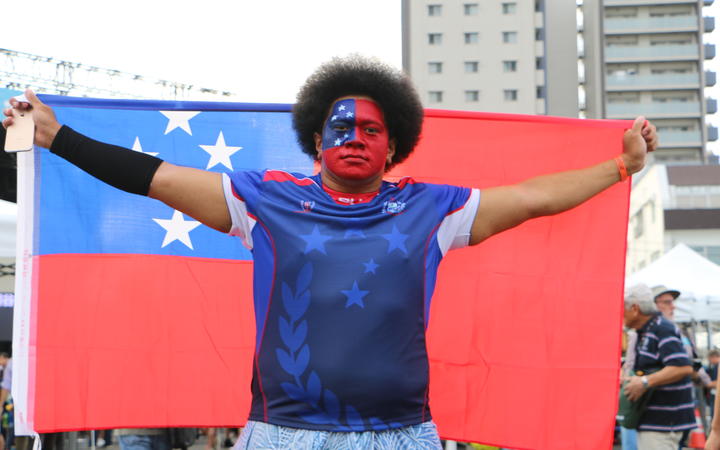 It was scary times for fans during a scrappy first half, with Samoa playing with only 13 men on the field for almost 10 minutes after two players received yellow cards. But they pulled it back in the second half to secure a 34-9 win over Russia.

Kalala Carmine was one of the more than 20,000 fans there, having travelled from Christchurch with her family to support Manu Samoa, she will be watching all four of their pool matches. 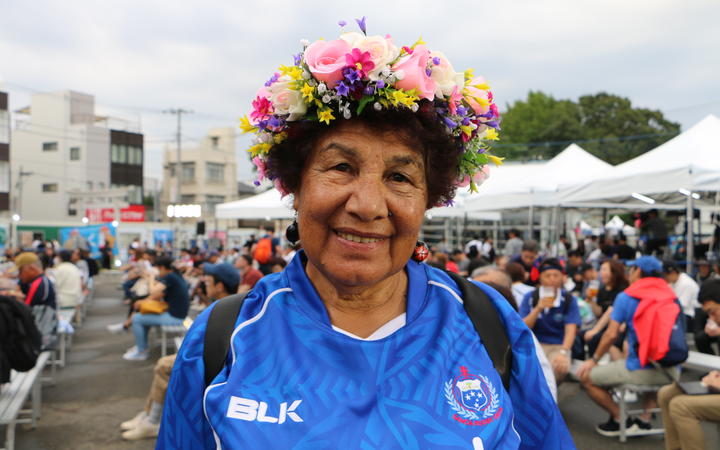 Before the game, she said her heart was going "up and down, up and down" in anticipation.

After the match she spoke of how proud she was, "They win! They win! It was worth me coming all the way from New Zealand to support them. I don't think I will sleep tonight. I'm really happy."

"What's the word? Aw, guumon!" Manu Samoa fans are ecstatic with the team's first victory at the Rugby World Cup in Japan.

Samoa beat Russia 34-9 at Kumagaya Rugby Stadium in Japan, and fans were celebrating into the night. #RUSvSAM #RWC2019 pic.twitter.com/sh9tTm3EXZ

She said she had tears when the team sung the Samoa national anthem, and apart from the two yellow cards, the team played well and will learn from their mistakes for the next game. 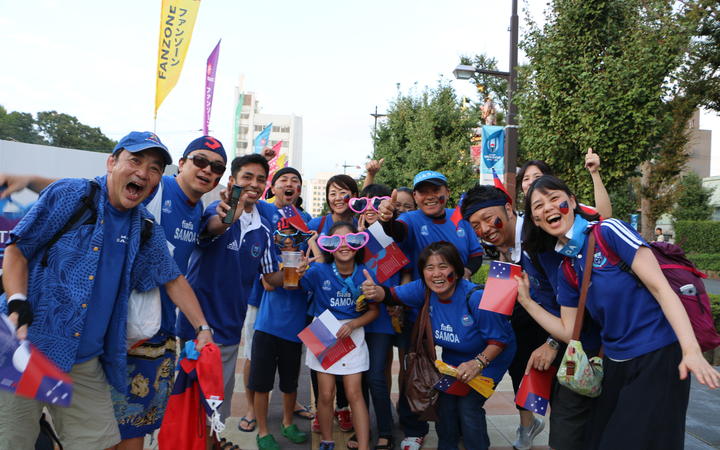 Henrietta Aviga from the village of Toamua-Uta in Samoa said she's happy to be supporting the Manu Samoa boys on behalf of all her family and village.

Manu Samoa is the people's team, she said, and she hopes there's a public holiday in Samoa today, because she suspects there will be a lot of people not going to work after the win. 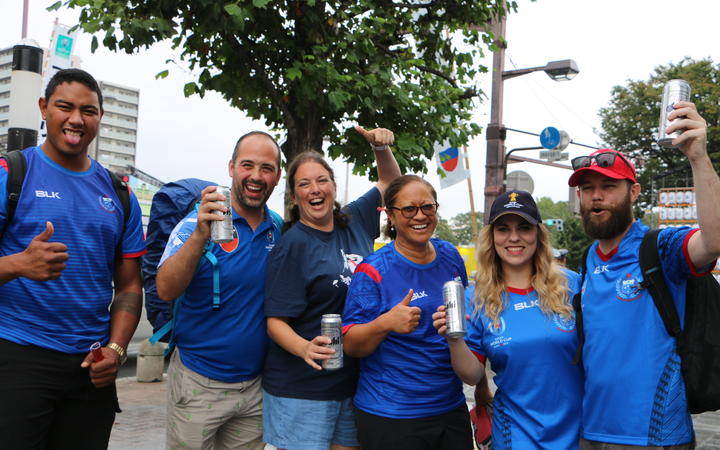 Richard Crichton is also from Samoa, and has been living in Tokyo for the past four years, studying towards a PhD at Tokyo University. He said he felt so many emotions when the Manu ran onto the pitch. 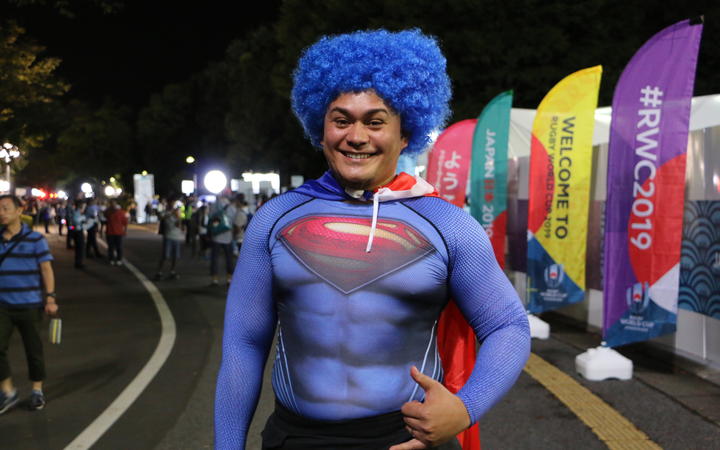 He says being in Japan away from Samoa can feel isolating, so seeing other Samoans around, not just on the field but in the crowd, is exciting.

Other fans came out of the stadium cheering and waving flags, unable to put into words how they were feeling, except to say they were proud Samoans.