Samoa are determined to go beyond the World Cup pool stages for the first time in over 20 years, coach Steve Jackson said on Monday, as he challenged his players to create their own legacy to match the Samoan quarter-finalists of 1991 and 1995. 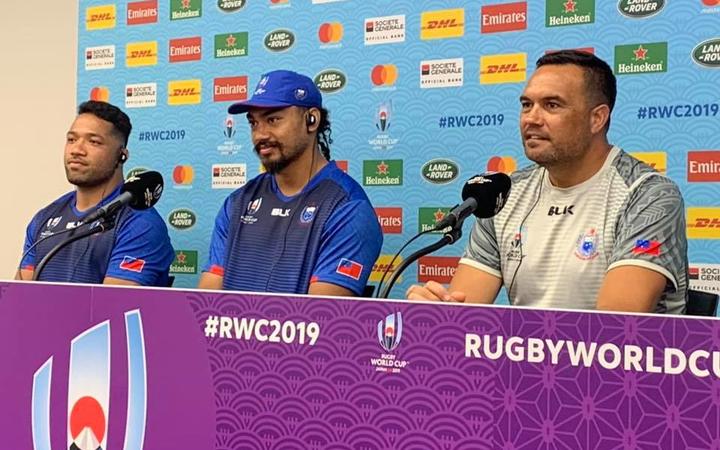 The Pacific Islanders begin their campaign on Tuesday and assuming they avoid an upset against Russia, they must get past hosts Japan and eighth-ranked Scotland to progress through Pool A, likely alongside overwhelming favourites Ireland.

Japan looked vulnerable in their opening victory over the surprisingly stubborn Russians and Scotland were disappointing in their 27-3 battering by Ireland on Sunday, potentially putting the Samoans right in the mix.

"As a group we said from day one that we just don't want to be involved in pool play, we want to go beyond and that's still on our minds but we've got to treat every game like it's a rugby World Cup final," Jackson told a news conference.

"We've seen over the last few days there have been quite a few teams have been a little bit nervous and we've just told our player to go have some fun and enjoy themselves to take that nervousness away from them. Our boys are excited and they can't wait to play."

Jackson was forced into a late change on Monday after winger Ah See Tuala was ruled out with a slight calf strain. Alapati Leiua shifts out wide in a reshuffled backline with Rey Lee-Lo moving to outside centre and Henry Taefu coming in at number 12.

Taking nothing for granted against a Russian team whose set piece and kicking game impressed the New Zealand-born coach, Jackson hopes to take inspiration from the barnstorming performance of fellow Pacific Islanders Fiji that nearly toppled Australia and neighbours Tonga, who caused England some problems too.

"One thing you'll find from the Pacific Island nations is that we won't go away," the former New Zealand Maori representative said.

"We'll keep on battling. We always go out there to give it our best and you'll see nothing different tomorrow night against Russia and from us in this whole tournament."

With memories of the Brian Lima-inspired Manu Samoa team of the 1990s still fresh in fans' minds, Jackson wants the nation's 200,000 people to remember his side just as fondly in another 20 years.

"It's a huge opportunity for us, and although we remember the past and the players that have worn the jersey and they have done some special things, we're here to make our own legacy," he said.

"We want people to remember this Samoan team, as we have in '91 and '95 but also understand that in the professional era, the game is a lot harder to compete... What better stage though to put Samoa rugby back on the map than at a rugby World Cup." 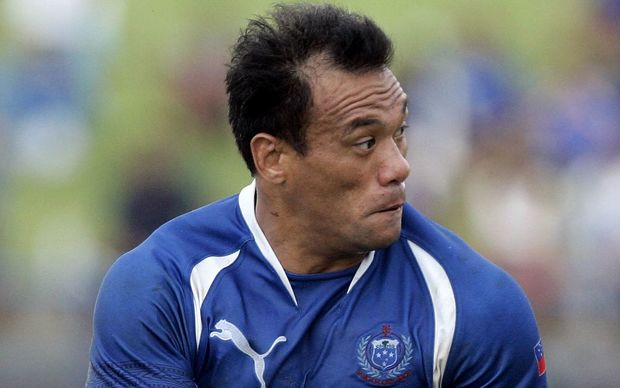 An integral part of the Manu Samoa sides of the 90s was wing Brian Lima Photo: PHOTOSPORT