Tongan loose forward Nasi Manu has thanked his family, friends and club for their support after coming back for the first time after beating testicular cancer to play England at the Rugby World Cup. 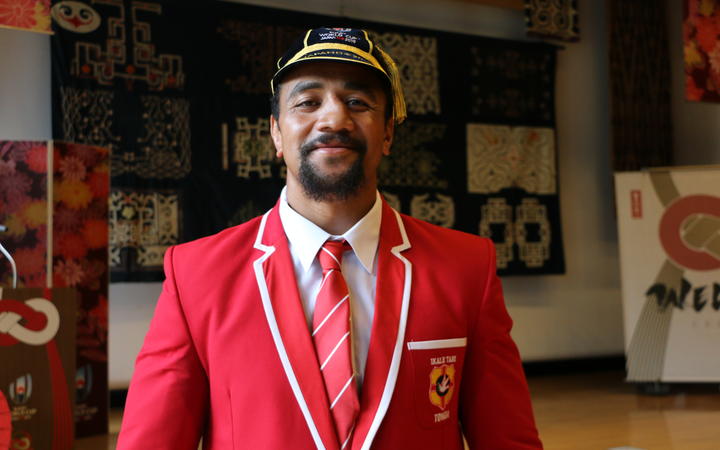 "It has been a massive journey," he told RNZ Pacific. "I have so many people to thank; they know who they area but thank you to my club, my family, my friends."

He backed up Maama Vaipulu from the bench after being given the nod by coach Toutai Kefu for his first test since June last year against the Pool C favourites.

Manu was diagnosed with cancer last year and underwent surgery and chemotherapy before being given the all-clear by his Italian doctors earlier this year.

He was reduced to tears at the welcoming ceremony for Tonga in Japan earlier this week.

"[It's] not only the surgery and chemotherapy, but also the physical battle to get myself in good enough shape," he told the Rugby World Cup website.

But, what was going through his mind as the game unfolded?

"The whole time on the bench, my emotions were all over the show. All day, it felt like I had almost forgotten how to prepare."

The 31-year-old former Otago Highlanders captain was named to lead Tonga during this year's Pacific Nations Cup but was a late withdrawal with a pectoral injury. 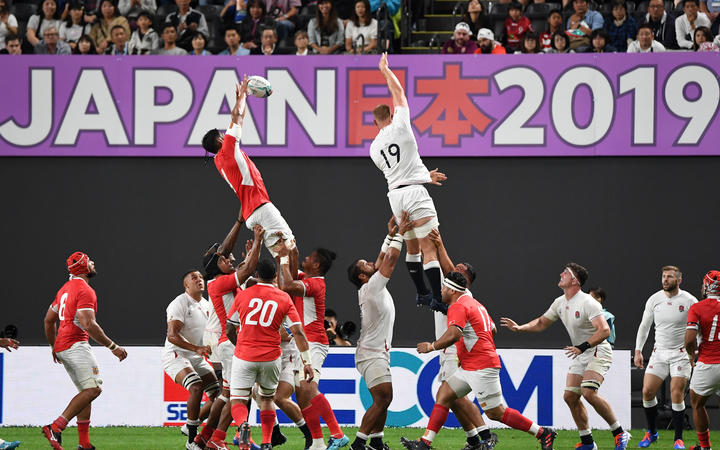 Nasi Manu (20) came off the bench to make his first test appearance since recovering from testicular cancer. Photo: AFP

Manu also missed Tonga's final match ahead of the global showpiece against the All Blacks, which resulted in a morale-sapping 92-7 demolition at the hands of the world champions.

Tonga's 35 - 3 loss to England was his first experience playing a Tier 1 nation and he was struck by the speed of the game.

"I was only on for 30 minutes or so but I felt like after 5 minutes I almost needed to come off."

He said his legs felt "gone" but he had to battle on to play out the rest of the match.

Tonga are now having a six day break before they play Argentina next Saturday - the next pressure game in the so-called "Pool of Death", Pool C with Tonga playing England, France, Argentina and the USA.

"We just have to recover, freshen up, do our homework and get ready for another physical battle."