World Rugby says the officiating over the first weekend of the World Cup was not up to scratch and promised it would improve. 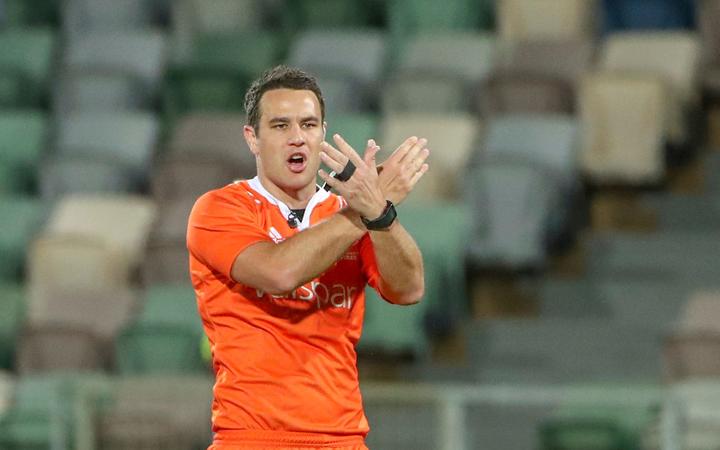 Referees became a dominant talking point on the second day of the tournament when all three matches featured officiating that drew heavy criticism from coaches, players and pundits.

The most controversial incident was a high hit by Reece Hodge on Fiji's Peceli Yato in Sapporo, which was cleared by the match officials on the day but later resulted in a dangerous tackle charge being levelled against the Australia winger.

Argentina coach Mario Ledesma also lambasted the referee for ignoring what he saw as blatant infringements as his side chased a game against France which they ultimately lost, while many South Africans pundits were unhappy at the officiating in their loss to New Zealand.

"Following the usual review of matches, the match officials team recognise that performances over the opening weekend of Rugby World Cup 2019 were not consistently of the standards set by World Rugby and themselves," the statement read.

"But World Rugby is confident of the highest standards of officiating moving forward.

"Elite match officials are required to make decisions in complex, high-pressure situations and there have been initial challenges with the use of technology and team communication, which have impacted decision-making."

Hodge faces a judicial hearing on Wednesday and could be ruled out of the crunch Pool D clash against Wales in Tokyo this weekend.

World Rugby chief Brett Gosper said before the tournament that he thought the match officials were better prepared for this World Cup than for any previous edition.

"These (issues) are already being addressed by the team of 23 match officials to enhance consistency," the statement continued.

"Given this proactive approach, a strong team ethic and a superb support structure, World Rugby has every confidence in the team to ensure that Rugby World Cup delivers the highest levels of accurate, clear and consistent decision-making."