At the Shibuya Crossing in Tokyo, billboards featuring the All Blacks and the Springboks compete for attention, their neon lights looming over the bustling crowds, still, they are no match for the legendary Hachikō statue. 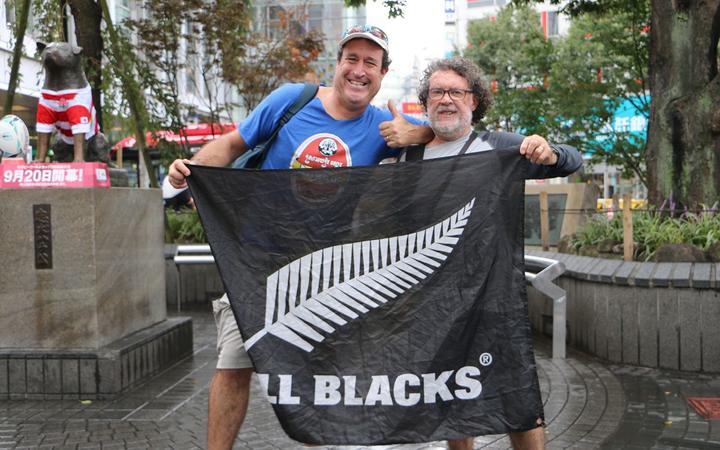 A constant crowd gathers around Tokyo's most famous dog, tourists lining up to take pictures and selfies.

Adoring fans are nothing new for Hachikō, except now he dons a Japanese rugby jersey, and it's clearly an added thrill for those who have travelled to Japan especially for the Rugby World Cup.

Rugby fans are drawn here, all with strong reckons on which team can lift the World Cup trophy at the end of the tournament.

"Our hearts are always with the ABs," Aucklander Scott Cordes said.

He and his mate Warwick Lewis, sensing a missed photo opportunity, mention how they regret not dressing up in full All Blacks supporters gear.

They have an All Blacks flag in their backpack though, and they unfurl it and pose proudly with wide smiles as they hold it up. 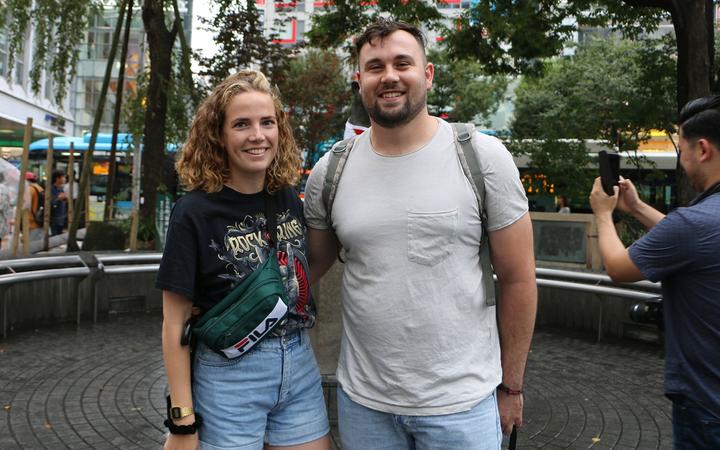 Martijn Verschoor and his partner Emma next to the Hachikō statue. Photo: RNZ / Leilani Moimosea

He describes them as enigmatic and inexperienced, though there is still hope they can pull off the victory, but this hope is not strong.

"Rugby is just two teams playing against each other, and the All Blacks end up winning in the end," he says with a wry smile.

His partner Emma says her love for rugby has grown since first watching the Rugby World Cup in bars in Paris.

It's where she learned the game and she's happy their dream of experiencing the World Cup in Japan, while soaking in the country's history, culture and food, is soon to be realised. 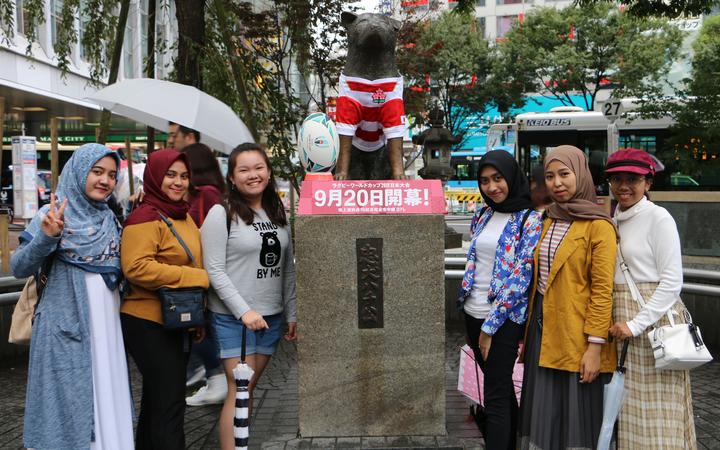 Australian Chris Webster laughs as he makes his prediction for the Wallabies.

"They'll go all right, maybe semis, and then blow out somewhere."

Australia based Kiwi Josh Woodley stands next to him wearing a Chiefs jersey.

"Got to represent the Chiefs mana," he explains.

"It's all about the ABs," he says when picking the tournament favourites.

He sees the All Blacks clash against the Springboks as the final before the final. 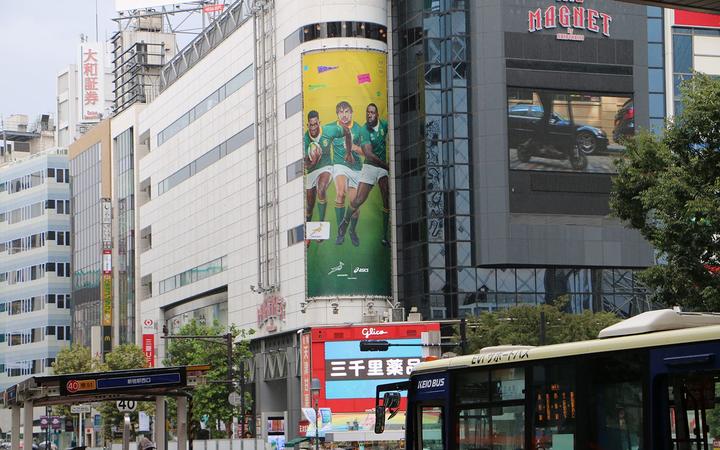 A billboard of the Sprinboks in Shibuya. Photo: RNZ / Leilani Moimosea

However, tourist Jo is picking England for the win.

"I feel like we're in the same momentum, the same build-up as 2003," and Jo credits coach Eddie Jones for turning the team around.

"They haven't got it," she says of the All Blacks.

"Their build-up has been rubbish," she states matter-of-factly before taking a smiling selfie with Hachikō and re-joining the busy Shibuya streets.